The Pope Blasphemes, and other stories... 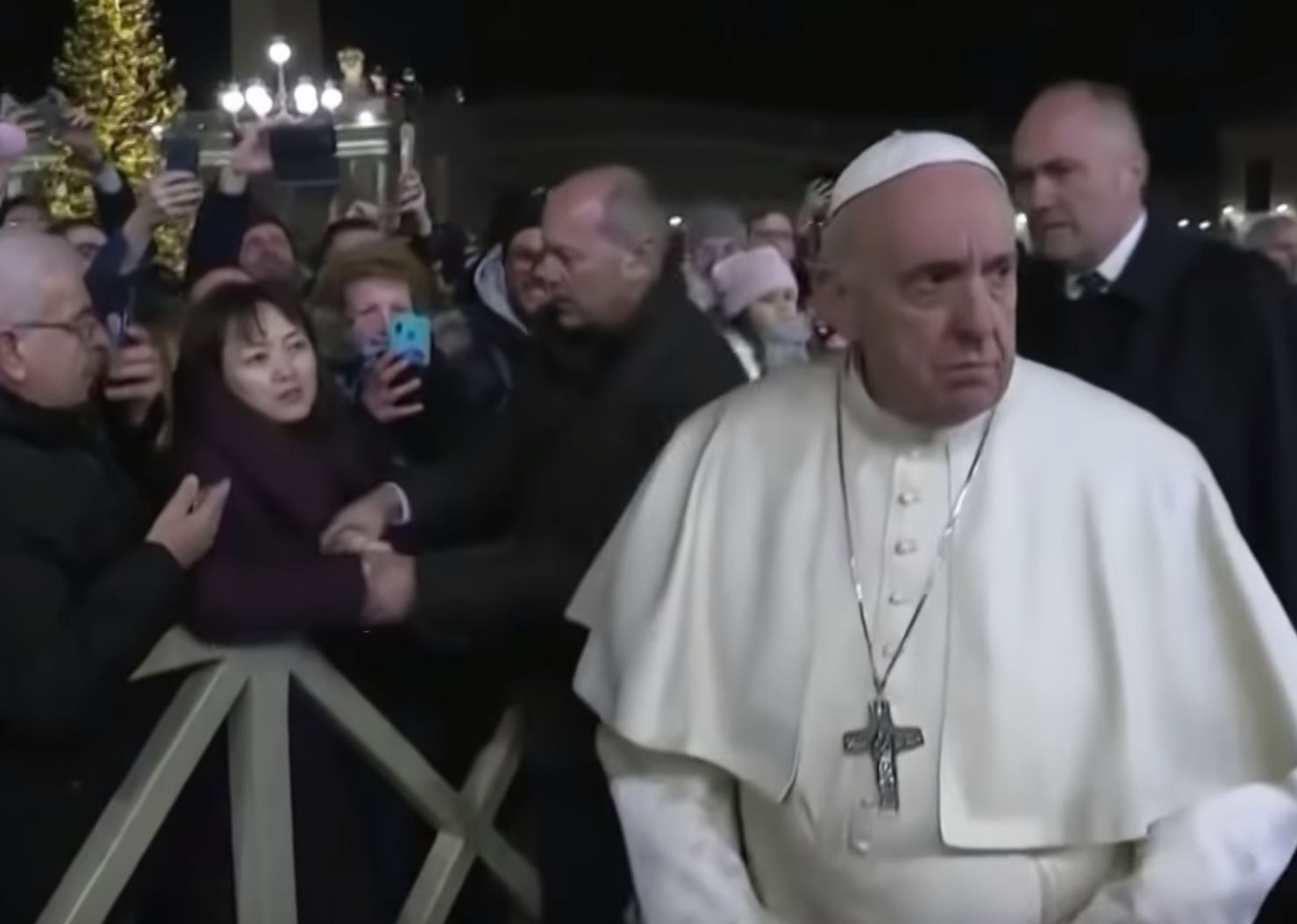 On the Feast of the Epiphany, Bp. Derio Olivero of the diocese of Pinerolo, said Mass in the Cathedral of St. Donatus, near the city of Turin, Italy. Before the recitation of the creed, the bishop stated the following:

"Since there are also non-believers, everyone will say it silently…Those who believe can say it, and those who don't believe or have other beliefs will silently contemplate the reasons for their beliefs.”

While shocking to those new to Tradition, Remnant readers will recall that not offending the sensibilities of non-Catholics was the primary motivation of the architects of the New Mass.

THE AMAZON FRAUD: A Tale of Two Popes

Today’s Vatican bureaucracy is much like the USCCB. It is filled to the brim with political activists from various institutions and think-tanks who care not one whit about Catholic doctrine or the salvation of souls. This can be seen very clearly in the ongoing Amazon Synod. These types of people are constantly presenting and speaking on behalf of the Church at the Synod press conferences. They are clearly only interested in using the structures of the Catholic Church, and whatever influence and power these structures still have, to further their vision of a humanist, globalist, utopian society ruled by left-wing elites.  One element of this vision is to bring about a one world religion, which this synod marches boldly towards by calling for measures that would either weaken or destroy the Catholic priesthood. They surround this poisoned spiritual pill with justifications based on socialism, environmentalism, naturalism and pantheism.

The Victims of Vatican II: American Catholics Leave the Church in Record Numbers 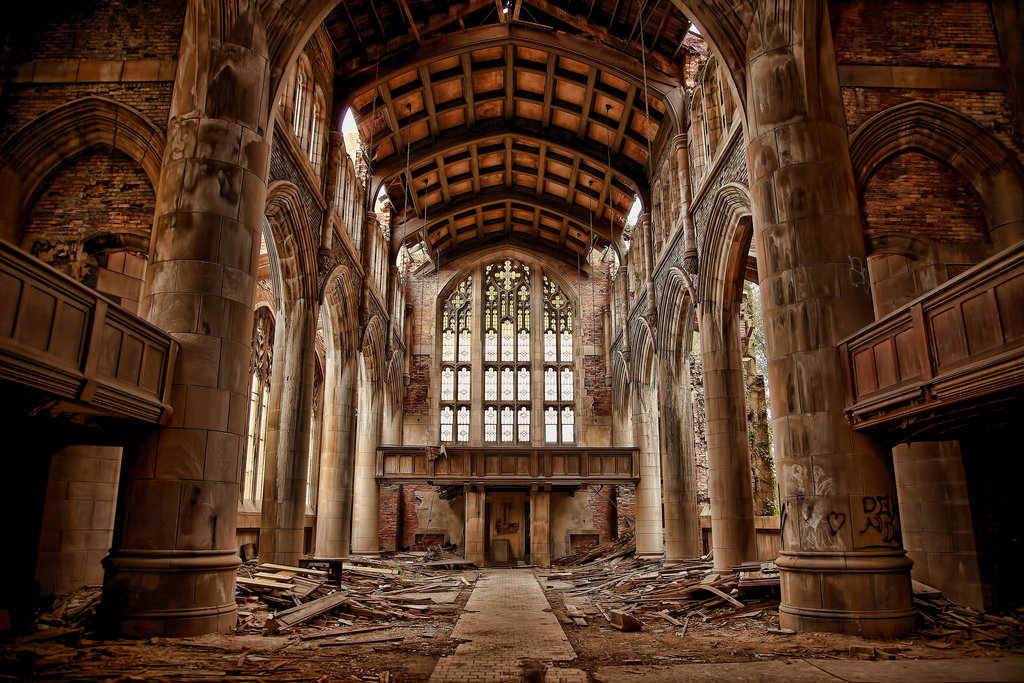 Vatican II Spring Time New Evangelization Update installment 6,876,543. This one comes from an April 29, 2019 article from “Michigan Live” website entitled, “Michigan residents leaving the Catholic Church as many turn away from religion.” The article states:

Between 2000 and 2018, membership in Michigan’s Catholic parishes dropped from 2.2 million to 1.8 million, according to Georgetown University’s Center for Applied Research in the Apostolate (CARA), which collects annual data from U.S. Catholic dioceses. 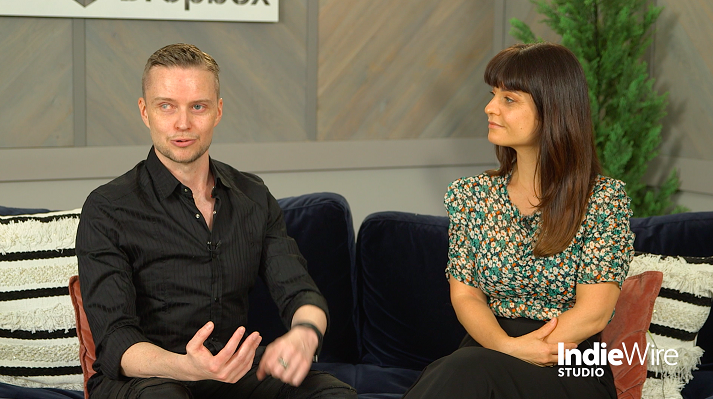 The God of 'Ultimate Inclusion'

An April 15 article on Cruxnow.com’s website is entitled, Irish archbishop: A church that marginalizes is a ‘God-less church.’ It states that the Archbishop of Dublin, Diarmuid Martin, “was speaking April 13 during the celebration marking the 175th anniversary of the arrival of the Society of Saint Vincent de Paul in Ireland. According to Crux, “Archbishop Diarmuid Martin said God is not ‘a God just of rules and norms,’ but a God ‘who prizes the freedom that enables each one of us to be the person that we are created to be.’”

It is our judgment that most Catholics should neither read nor have easy access to articles and essays that could be judged critical of the Pope. Such writings should be published and reserved for those capable of engaging them without risk of damage to their faith in the Church and the Vicar of Christ. We make these recommendations for the same reasons that we discourage people from visiting sedevacantist and pornography web sites: They are potential occasions of sin, from which masters of the spiritual life are unanimous in their recommendation of "flight" rather than "fight." They lead people to think or do things they would not otherwise have thought or done and, almost without exception, those things are harmful to one's spiritual life. At least one priest has described websites containing such articles and encouraging such themes as "ecclesiastical porn" (see "Christ is the Point"). We call it "spiritual pornography."

The 'God of Surprises' is an Angry Feminist

VaticanNews.com summarized a recent Pope Francis homily as a reflection on the many different ways in which women are exploited in today’s society:

The Pope reminded his listeners that women are what men on their own lack to be the image and likeness of God.  He explained how Jesus’ words about women were radical and ground-breaking and “changed history.”  This was because up until then, a woman was considered “a second class citizen,” she was “enslaved” and “did not even enjoy complete freedom,” he said.

Jesus' doctrine about women changes history. Before Jesus the view about women was one thing but after Jesus they are another. Jesus dignifies women and puts them on the same level as men because he takes that first word of the Creator, both are "the image and likeness of God", both of them; not first the man and then a little lower down the woman, no, both are. And a man without a woman beside him - whether as a mother, as a sister, as a bride, as a working companion, as a friend - that man by himself is not the image of God.

Woman today are objects of desire even in our own societies

This is a sin against God the Creator, rejecting women because without her we men cannot be the image and likeness of God. There is an anger and resentment against women, a nasty anger. Even without saying it... But how many times do young women have to sell themselves as disposable objects in order to get a job? How many times? "Yes, Father, I heard in that country...". Here in Rome. There’s no need to go far away.

Look around us to see that exploitation

All this happens here in Rome, it happens in every city, anonymous women, women - we can describe as "faceless" because shame covers their faces, women who do not know how to laugh and many of them do not know the joy of breastfeeding their baby and the experience of being a mother.  But, even in our everyday life, without going to those places, there is this ugly way of thinking, of rejecting women or seeing her as a "second class" person.  We need to reflect more deeply about this.  And by doing this or saying this, by entering into this way of thinking, we despise the image of God, who made man and woman together with his image and likeness. This Gospel reading helps us to think about the marketing of women, a trade, yes, trafficking, that exploitation which is visible but also that trade which we can’t see but is taking place out of sight. A woman is trampled underfoot precisely because she is a woman.

COMMENT: Question for His Holiness: Does this include exploiting women for your own political agenda? #LadyDeacons

The Vatican is Coming After Humanae Vitae: Time to Fight Back

On September 11, 2017 Edward Pentin penned an article for the National Catholic Register entitled, “Humanae Vitae Comes Under Fire.” In that article he stated, that “recent developments in Rome indicate a campaign is underway to challenge the encyclical’s prohibition against artificial contraception.” Evidence includes the revealing of a formerly secret commission tasked by the Vatican, with the Pope’s approval, to “study” Humanae Vitae. The commission was discovered only through an Italian website obtaining a classified memorandum from the Vatican Secretary of State referring to it.

The memorandum states that the commission is to “promote a comprehensive and authoritative study” of the encyclical to coincide with its fiftieth anniversary this summer. Mr. Pentin then goes on to give observations of the theological bent of the commissions four members which is less than encouraging.

Catholic News Agency (CNA) reported today that Pope Francis rejected a proposal for inter-communion from the German Bishops Conference. This struck me as odd since in 2015 Pope Francis told a Lutheran woman asking about receiving Communion with her Catholic husband to “go forward” guided by individual conscience. Curious, I read further. 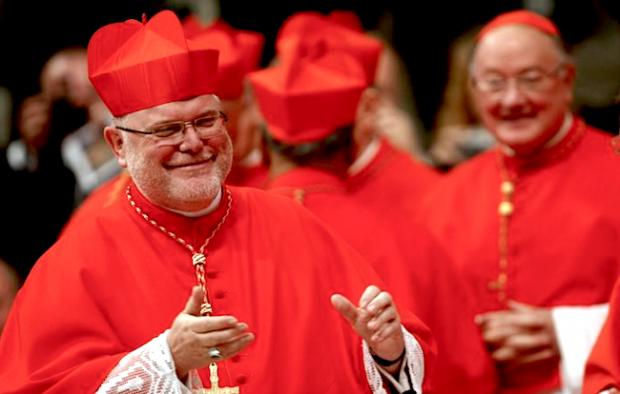 Published in Remnant Articles
Tagged under
Read more...
Page 1 of 15