On Lenten Fasting and Abstinence 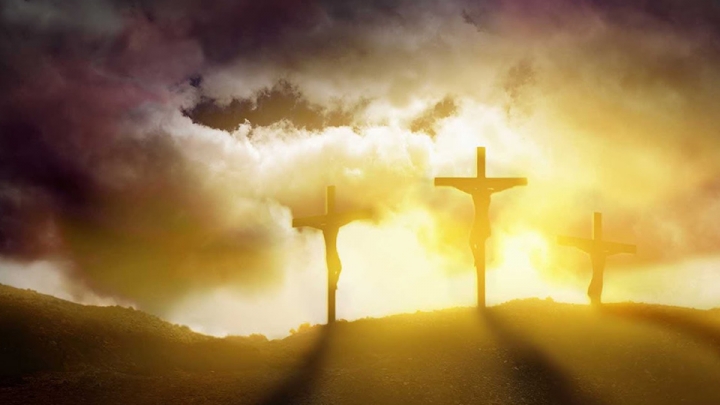 It is sad that in our current age we are afflicted with such a Pontiff who, instead of reinforcing the disciplines and rites of the Church meant for our edification, seems intent on tearing them down. As a result of the frequent scandalous actions of our current pontiff, there are sadly those who have, or are tempted to, go the way of Luther by throwing the baby out with the bathwater. This includes those who would disparage the pious disciplines of fasting and abstinence during Lent as arbitrary stumbling blocks that Holy Mother Church has invented to damn souls. In fact, the exact opposite is true.

As we continue to practice our Traditional Catholic Faith this Lent, it is important to remember why we fast and abstain and the history of these practices, which go back to apostolic times. As we see how severe the rules were in the past, we can appreciate how much understanding the Church has already shown in curtailing the previous more strict practices, but at the same time we see how She has every right to govern the required form of penances of Her children. For penance is obligatory, not optional, in order to live the Catholic life.

The following chapter from the book, “The Visible Church: Her Government, Ceremonies, Sacramentals, Festivals and Devotions” does this splendidly. This book used to be a textbook for Catholic Schools in 1922, back when they were Catholic. I now leave you with the wise words of the Rt. Rev. John F. Sullivan, D.D.  I hope they will provide the same assistance to you during this Lent as they did to me.

EXTERNALS OF THE CATHOLIC CHURCH

The penitential practices of fasting and abstinence are of very ancient origin. The Church, in her earliest days, recognized the necessity for her children to " chastise the body and bring it under subjection," as St. Paul advises. " I see a law in my members fighting against the law of my mind and making me captive to sin… The wisdom of the flesh is death, but the wisdom of the spirit is life. If I live according to the flesh, I shall die; but if by the spirit I mortify the works of the flesh, I shall live."

The doctrine of St.  Paul has been repeated by every writer in the whole list of  the Church's teachers.  Century after century those who have written of spiritual things have sought to impress upon us that we human beings are composed of a human body which is perishable and  a soul which is immortal; that  the  body is striving ever for mastery over the spirit; and that, therefore, besides the external sources of temptation which we summarize as "the world" and  "the devil," we have always with  us another, even more dangerous, which we cannot shun, for it is a part of our very nature.   This is the reason for mortification.   Besides rendering the assaults of our bodily passions less dangerous for us, the practice of self-denial in things that arc lawful will enable us to turn with greater earnestness to spiritual things.

Fasting in the Jewish Law.  The Catholic Church took the practice of fasting from the law of the Old Testament, and has modified and adapted it to the necessities of her children. We find in the rules imposed by Moses on the Israelites that on the Day of Atonement a strict fast was to be observed by all; and the great lawgiver of the Jews himself fasted for forty days, as did the prophet Elias at a later date. In the warnings of the other prophets · to the people of Israel there are many urgings to fasting as a means of reconciliation with God.

In the New Testament. The practice of fasting was sanctioned by our Blessed Lord, by example and by word.   To prepare Himself for His public ministry, He retired into the desert and spent forty days in fasting and prayer. In one of His instructions to the Apostles He said -" When ye fast, be not as the hypocrites, sad… Appear not to men to fast, but to thy Father, Who is in secret, and thy Father, who seeth in secret, will repay thee." In many passages of the New Testament we find how faithful the early Christians were to this practice. " As they were ministering to the Lord and fasting." (Acts, XIII).   - "Let us exhibit ourselves as ministers of God, in much patience, in fastings." (II Cor., VI.)

History of the Church's Law. Fasting, as a precept of the Church, goes back: to very early times. We do not know precisely when it was enjoined upon the faithful as a command instead of a counsel, but it is mentioned as a long-established practice by Tertullian and other writers of his time.   Among certain heretical sects of the first centuries the rigors of fasting and bodily mortification were greater even than among Catholics; but the austerities of the latter were far in excess of anything which we, living in these degenerate times, would deem possible.

Up to the eighth century, during the Lenten season and on certain other occasions, the faithful kept an absolute fast until sunset; and the meal taken then consisted of bread and vegetables. In some parts of the world even water was not used during the day. Eating at noon was not permitted at all   It was customary to have Mass celebrated in the evening, and many of the congregation received Holy Communion at that time, as both clergy and faithful were still fasting.  The people usually assembled in their churches at three o'clock for the Divine Office of None, which was followed by Mass and Vespers, after which the single meal of the day was allowed.   How would we Catholics of the twentieth century bear up under the rigorous regime of those early days?

The Collation.   About the tenth century the breaking of the fast at noonday was generally introduced, and, a little later, the taking of a "collation" was permitted in addition to the daily meal.

The word " collation " is one which has changed considerably in meaning. The laws of the Benedictine Order required the monks to assemble in the evening for a spiritual reading, generally taken from the Lives of the Saints or other edifying books. These readings were called "collations," or conferences.    On account of the long offices which they had previously recited,  they were allowed on certain days to partake of some slight repast or luncheon, just before the reading;  and thus the name of the spiritual exercise was gradually applied, not to the reading, but to the refreshment.

This taking of a collation by the faithful in addition to the regular meal is traceable back to about the year 1400, but until comparatively recent times the amount of food allowed was very small.  In the sixteenth century an ounce and a half of bread and a single glass of wine were the maximum allowance in many dioceses. The present relaxation (which allows a collation of eight ounces and the taking in the  morning of a small piece of bread with tea or other warm drink) was introduced early in the last century, and is sanctioned by the new code of Canon Law.

The Law of Abstinence. As the Church uses the word, "abstinence " signifies depriving ourselves of meat, that thus the body may practice penance and the soul be thereby sanctified. Besides the days on which the obligation of fasting is imposed, the Church has always observed days of abstinence. In the rigorous monastic life of the early Middle Ages it was deemed a relaxation to keep Sunday as a day of mere abstinence, without fasting; all the other days of the year were fasting-days for those austere monks, excepting from Easter to Pentecost, when abstinence alone was observed and the strict rules of fasting were dispensed with.

From Apostolic times Friday has been a day of abstinence,  and the reason is obvious to every Christian. Our Blessed Redeemer died on that day for our sins, and we should commemorate His sufferings and offer some expiation ourselves by voluntary mortification.

In some parts of the world, at a very early date, Friday was a day not only of abstinence but of fasting; and on Wednesdays and Saturdays the use of meat was forbidden.       But the severity of these laws led to their gradual modification; the observing of Wednesday as an abstinence day disappeared almost entirely after a time, and permission was granted by the Holy Sec in many countries to use meat freely on Saturdays.

Fasting and Abstinence Days. The following is a summary of the new laws concerning fasting and abstinence; but these laws may be modified by "indults” granted in the past.

1. All Fridays are days of abstinence.

2. Ash Wednesday, the Fridays and Saturdays of Lent, the Ember Days, and the vigils of Christmas, of Pentecost, of the Assumption and of All Saints are days of fasting and abstinence. If we so desire, we may substitute Wednesdays for Saturdays.

3. The other weekdays of Lent are days of fasting, but not of abstinence.

Fish and meat may now be used at the same meal on Lenten days when meat is permitted.

The Ember Days. These days, sometimes called the Quarter Tenses   (Latin, "Quatuor  Tempora,”     the four times),  occur at intervals of about three months. They are the Wednesday, Friday and Saturday which follow December 13, the first Sunday in Lent, Pentecost and September 14.

Why are they called " Ember Days "?  The word has nothing to do with embers or ashes. It may be from the Anglo-Saxon "ymbren," a circle or revolution; or it may be a corruption of "quatuor  tempora”; for in Dutch the name is "Quatertemper,” in German " Quatember,'' and in Danish "Kvatember "- whence the transition to Ember Days is easy.

Our Church is a merciful mother. Her wisdom recognizes the needs of our weak human nature in these strenuous twentieth century days. She knows that the rigorous practices of the ages of faith would not be easy for us, and so she accommodates her laws to our weakness, requiring of us only what is reasonable.

But while the details of her penitential rules may vary from age to age, their spirit remains the same. Whatever may be the conditions of our lives, we must practice penance in some form. We must devote ourselves to earnest prayer and frequent good works if our circumstances forbid grave austerities. While we may avail ourselves of the dispensations granted by the Church, we must comply with her laws as far as they bind us.   She teaches that for each of us there is a constant warfare against the lower elements in our nature; and some degree of mortification is necessary if we would be victors in that conflict.

[Comment Guidelines - Click to view]
The Remnant values the comments and input of our visitors. It’s no secret, however, that trolls exist, and trolls can do a lot of damage to a brand. Therefore, our comments are heavily monitored 24/7 by Remnant moderators around the country.  They have been instructed to remove demeaning, hostile, needlessly combative, racist, Christophobic comments, and streams not related to the storyline. Multiple comments from one person under a story are also discouraged. Capitalized sentences or comments will be removed (Internet shouting).
The Remnant comments sections are not designed for frequent personal blogging, on-going debates or theological or other disputes between commenters. Please understand that we pay our writers to defend The Remnant’s editorial positions. We thus acknowledge no moral obligation whatsoever to allow anyone and everyone to try to undermine our editorial policy and create a general nuisance on our website.  Therefore, Remnant moderators reserve the right to edit or remove comments, and comments do not necessarily represent the views of The Remnant.
back to top
Last modified on Monday, March 21, 2022
Tweet