The Tragedy of Feminism 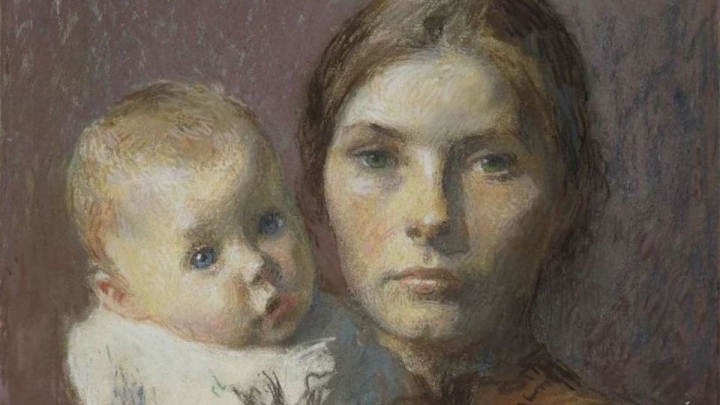 I came across an old song some time ago from the 1980’s which I had never heard before.  The lyrics were tragic, haunting, and yet beautiful at the same time. Considering myself somewhat a connoisseur of 80’s music, I supposed that the song may have been fairly obscure and not a great hit, which is why I had never heard of it. Intrigued by the song, I started to do some research on it.

Boy was I wrong. Much to my surprise, not only was this song a hit, it rose to the number three song in the country for three weeks from May to June of 1982 behind only "Don't Talk to Strangers" by Rick Springfield and "Ebony and Ivory" by Paul McCartney and Stevie Wonder.  Not only that, the song was even more popular overseas. The song was number one in Australia for six weeks, Canada for four weeks, Ireland for three weeks, and the United Kingdom for one week.  It also made the top ten in Belgium, the Netherlands, New Zealand, and Norway. In addition it made the top ten for the year of 1982 on Billboard's Adult Contemporary chart.

This shocked me, not only because I had never before heard the song, but because of what the song represented. In it was one of the most effective rebukes of our modern society and its materialism, self-gratification, and sensuality I had ever heard. Living in our modern day cancel culture, I couldn’t believe that at one time this song had been a hit in this country and around the world. Not only was it allowed to be produced, it was widely loved and appreciated by Western society.

Even more, the song was particularly anti-feminist, devastatingly exposing this empty ideology for what it is. The lyrics eloquently describe how modern day materialistic pro-choice feminism fills the heads of its victims with dreams of power, money, success, and fame that take precedence over marriage, children, and family, only to leave them empty and full of regrets in the end. The song was so full of blunt truth, even if it was not specifically Christian or Catholic, I was and am still blown away it exists. Therefore, I felt compelled to share it with you.

The name of the song is “I’ve Never Been to Me” sung by Charlene Marilynn Oliver, better known as simply “Charlene.” She initially released the song in 1977 and it was a flop. So much so that she had given up on a music career, got married and moved to London with her husband. In 1982 a disc jockey in Tampa, FL began playing it again at the behest of his girlfriend, who loved the song, and it began to get an amazing response from listeners. The disc jockey used to work for Motown so he contacted Motown and they located and phoned Charlene asking her to sign with them so she could re-release the record. The rest, as they say, is history.

By today’s standards, the song might sound a bit cheesy or dated, but the content is still worth the listen, in my opinion. I’ll start by briefly going through the lyrics. I do want to put out a disclaimer at this point and ask that any children please stop reading as the lyrics are for adults and do deal with mature themes, though with a good message. The song starts as follows:

Hey lady, you lady
Cursing at your life
You're a discontented mother
And a regimented wife
I've no doubt
You dream about the things you'll never do
But I wish someone had talked to me like I wanna talk to you

Thus, the song is sung from the perspective of an older lady who has lived more of her life.  She notices a younger lady who is miserable with her state in life, married with children. We can imagine so many young women in our country who no doubt find it extremely difficult trying to raise a family in our current society. The drudgery of daily obligations, trying to make ends meet, the constant needs of the children and husband. Meanwhile the culture is constantly providing the enticing siren song of an escape. If you free yourself of this burden of a family you can make more money, you can go on expensive vacations, you can find true romance, you can live your dreams. The song continues as the older lady explains she has already lived the life the young wife and mother is dreaming about:

Ooh, I've been to Georgia and California and anywhere I could run
Took the hand of a preacher man
And we made love in the sun
But I ran out of places and friendly faces
Because I had to be free
I've been to paradise but I've never been to me…

The young woman doesn’t want to listen, but the older lady implores her to, as she cares about her and doesn’t want her to make the same mistakes:

Please lady, please lady
Don't just walk away
'Cause I have this need to tell you
Why I'm all alone today
I can see so much of me
Still living in your eyes
Won't you share a part
Of a weary heart, that has lived a million lies?

“That has lived a million lies.” This lyric is haunting and echoes all of the empty promises of the Father of Lies that come across in a million images, videos, and sound bytes to young people every day through the television, radio, social media, magazines, music, the news, and universities. The fact the song calls out these enticements bluntly as “lies” was amazing to me, living as we do in our current cultural Marxist prison. She continues:

Ooh, I've been to Nice and the Isle of Greece
When I sipped champagne on a yacht
I moved like Harlow in Monte CarloAnd showed ‘em what I've got
I've been undressed by kings
And I've seen some things that a woman ain't s'posed to see
I've been to paradise but I've never been to me…

Here she proves that she is not speaking out of turn. She has all of the modern world’s bona fides and has fully lived all of the dreams and fantasies the young lady currently has, tempting her towards escapism. Thus, the older lady proves that she speaks from experience as to what she’s about to say. Then she lets this alluring temptation society has created have it with both barrels. She directly and bluntly addresses the young lady:

Hey, you know what paradise is?
It's a lie.
A fantasy we create about people and places
As we like them to be
But you know what truth is?
It's that little baby you're holding
And it's that man you fought with this morning
The same one you’re going to make love with tonight
That's truth, that's love

This sets up what I feel is the most incredible part of the song and the reason I couldn’t believe it was even allowed to be released, much less become a worldwide hit. The next lines include a direct rebuke of abortion, of the unwillingness to have children out of the selfish pursuit of money and pleasure, and of the absolute emptiness that a life of seduction, pre-marital sex, and unchastity, all glorified and promoted endlessly as “liberation” by our media, brings to souls:

Sometimes I've been to crying for unborn children
That might have made me complete
But I, I took the sweet life
I never knew I'd be bitter from the sweet
I spent my life exploring
The subtle whoring
That costs too much to be free
Hey lady I've been to paradise
But I've never been to me...

Extremely powerful lines. And lest there be any doubt that “unborn children” refers to abortion, the singer herself admitted she had an abortion in the past and that singing that line in the song for the first time deeply shook her. It, of course, could also refer to children the older lady never had as she was busy using birth control with many romantic partners, something our culture also diabolically encourages of both sexes in our present age. This lifestyle is always presented as fulfilling and free of consequences. Yet as the older lady chillingly points out to the younger, it “costs too much to be free.” Indeed it does.

In any case, I hope that some of you get what I did out of this old song. As I said, though it isn’t explicitly Christian or Catholic, it still provides much wisdom in explaining how even on the natural level these lies don’t bring happiness. The song’s refrain laments that although the older woman has been all over the world she has “never been to me.” She never truly found herself or what her purpose in life was. But she sees that purpose in the life of the young wife and mother. The very life she previously gave up to pursue illusions. Hence, her urgency in warning the young lady not to start down the path she tread upon, for it all starts with the allure of temptation.

[Comment Guidelines - Click to view]
The Remnant values the comments and input of our visitors. It’s no secret, however, that trolls exist, and trolls can do a lot of damage to a brand. Therefore, our comments are heavily monitored 24/7 by Remnant moderators around the country.  They have been instructed to remove demeaning, hostile, needlessly combative, racist, Christophobic comments, and streams not related to the storyline. Multiple comments from one person under a story are also discouraged. Capitalized sentences or comments will be removed (Internet shouting).
The Remnant comments sections are not designed for frequent personal blogging, on-going debates or theological or other disputes between commenters. Please understand that we pay our writers to defend The Remnant’s editorial positions. We thus acknowledge no moral obligation whatsoever to allow anyone and everyone to try to undermine our editorial policy and create a general nuisance on our website.  Therefore, Remnant moderators reserve the right to edit or remove comments, and comments do not necessarily represent the views of The Remnant.
back to top
Last modified on Saturday, March 5, 2022
Tweet

More in this category: « Archbishop Viganò Addresses Locked Down Australia Fatima, the “Errors of Russia,” and Ukraine »