The Red Herring at the Heart of Traditionis Custodes 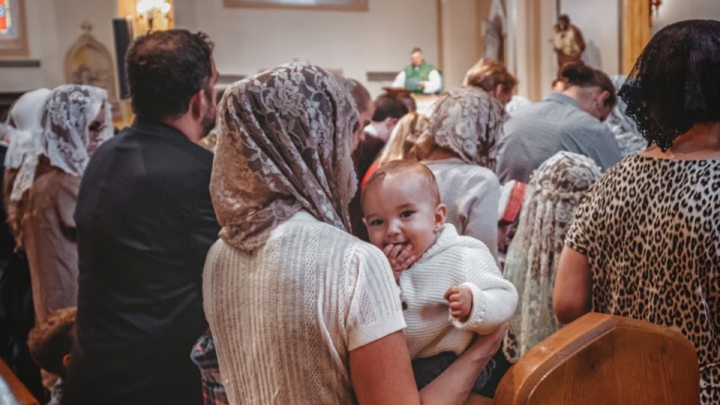 The rationale for suppressing Traditional Masses offered by Pope Francis in his letter accompanying Traditionis custodes—that communities which celebrate this liturgy reject the Second Vatican Council—is a red herring. These communities are so young and so full of converts that most members have small reason to think of the council. The number of cradle Catholics old enough to bear scars from the council and its aftermath is relatively slight and will decrease with time.

Red herrings are typically proffered as a distraction from another point a writer wishes to avoid. The most notable feature of Traditional Mass communities, which Pope Francis does not mention, is their good fruit, namely orthodox belief and regular practice. Why does Pope Francis neglect this important point?

If the pope admitted Traditional Mass communities produce good fruit, he would have to reconcile that fact with his decision. He would have to address arguments such as the one raised by Cardinal Zen:  "The problem is not 'which rite do people prefer?' but 'why don’t they go to Mass anymore?'."

Cardinal Zen:  "The problem is not 'which rite do people prefer?' but 'why don’t they go to Mass anymore?'."

But, of course, no pope could plausibly argue a tree which produces good fruit should be cut down. He would be in open contradiction to the words of Our Lord read (with epical irony) at Traditional Masses on the Sunday before Traditionis custodes was released:  "A good tree cannot bear bad fruit, nor can a bad tree bear good fruit. Every tree that does not bear good fruit is cut down and thrown into the fire. Therefore, by their fruits you will know them." (Mt. 7:18-20.)

So, instead of fostering a unity based on belief and practice, Pope Francis demands a unity based on liturgical form. Quoting Missale Romanum, the Apostolic Constitution on the New Mass of April 3, 1969, the pope states in his accompanying letter:

"St. Paul VI, recalling that the work of adaptation of the Roman Missal had already been initiated by Pius XII, declared that the revision of the Roman Missal, carried out in the light of ancient liturgical sources, had the goal of permitting the Church to raise up, in the variety of languages, 'a single and identical prayer,' that expressed her unity. This unity I intend to re-establish throughout the Church of the Roman Rite."

The alternative Pope Francis imposes, however, sets up a cage-match or survival-of-the-fittest scenario.

Most members of Traditional Mass communities would thrill if Catholics could claim, without reference to liturgical form, a unity in belief and practice. The alternative Pope Francis imposes, however, sets up a cage-match or survival-of-the-fittest scenario. If there can be only one form of the liturgy, then one wins and all others lose.

This writer has already indicated which contestant, as between the New Mass and the Traditional Mass, he believes would survive. Advocates of the New Mass should consider whether they wish to enter this contest, or whether a unity of belief and practice is more important. Why, they should ask themselves, fight a war that could destroy the thing one wants to protect?

[Comment Guidelines - Click to view]
The Remnant values the comments and input of our visitors. It’s no secret, however, that trolls exist, and trolls can do a lot of damage to a brand. Therefore, our comments are heavily monitored 24/7 by Remnant moderators around the country.  They have been instructed to remove demeaning, hostile, needlessly combative, racist, Christophobic comments, and streams not related to the storyline. Multiple comments from one person under a story are also discouraged. Capitalized sentences or comments will be removed (Internet shouting).
The Remnant comments sections are not designed for frequent personal blogging, on-going debates or theological or other disputes between commenters. Please understand that we pay our writers to defend The Remnant’s editorial positions. We thus acknowledge no moral obligation whatsoever to allow anyone and everyone to try to undermine our editorial policy and create a general nuisance on our website.  Therefore, Remnant moderators reserve the right to edit or remove comments, and comments do not necessarily represent the views of The Remnant.
back to top
Last modified on Monday, July 26, 2021
Tweet
More in this category: « Traditionis Custodes: How Lukewarmness Leads Tradition into Satan’s Custody Dutch Bishop Blasts Pope's "Declaration of War on Catholic Tradition" »