Traditionis Custodes:  A Kill Shot . . . for the New Mass 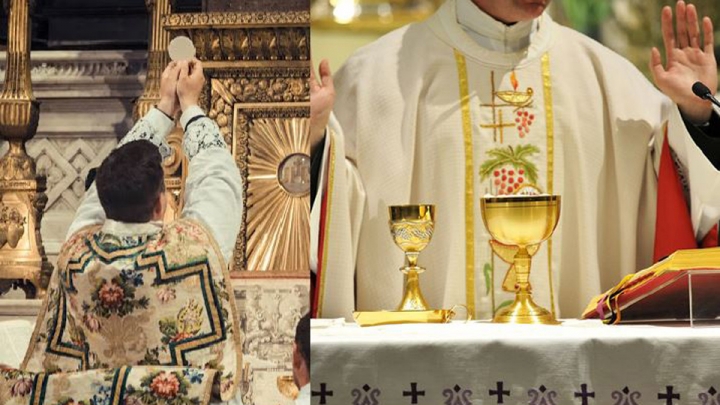 Although Pope Francis gives expression to his personal wish that the Traditional Mass should fade away, he does not abrogate the liturgy. He expressly contemplates that it will continue, in fact. So Pope Benedict's confirmation of the first contention is untouched.

As for the lex orandi, it is hard to imagine a more effective confirmation of the rupture effected by the New Mass than Traditionis custodes, especially when read in conjunction with its accompanying letter. The rupture is so complete that the Traditional Mass cannot be celebrated in parish churches! There is no argument here. These Masses are different things, says Pope Francis, and he is the Supreme Legislator in the Church.

[Comment Guidelines - Click to view]
The Remnant values the comments and input of our visitors. It’s no secret, however, that trolls exist, and trolls can do a lot of damage to a brand. Therefore, our comments are heavily monitored 24/7 by Remnant moderators around the country.  They have been instructed to remove demeaning, hostile, needlessly combative, racist, Christophobic comments, and streams not related to the storyline. Multiple comments from one person under a story are also discouraged. Capitalized sentences or comments will be removed (Internet shouting).
The Remnant comments sections are not designed for frequent personal blogging, on-going debates or theological or other disputes between commenters. Please understand that we pay our writers to defend The Remnant’s editorial positions. We thus acknowledge no moral obligation whatsoever to allow anyone and everyone to try to undermine our editorial policy and create a general nuisance on our website.  Therefore, Remnant moderators reserve the right to edit or remove comments, and comments do not necessarily represent the views of The Remnant.
back to top
Last modified on Monday, July 19, 2021
Tweet
More in this category: « THE POPE'S MOTU PROPRIO: A Reaction from Everyman "The Donald Trump of L.A. County" Won't Enforce New Mask Mandate »