Are you ready for some FOOTBALL!?! 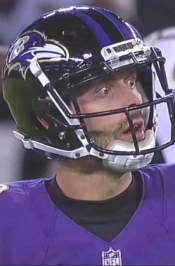 Why Some Folks Have Come to Despise the NFL

NFL "Refresher" NFL History...history not often reported or leaked to the ticket holders. I hope this helps you; it opened my eyes, to better understand when and why the public’s respect for the NFL organization started to crumble....

* In 2013 the NFL fined Brandon Marshall for wearing green cleats to raise awareness for people with mental health disorders.

* In 2014 Robert Griffin III (RG3) entered a post-game press conference wearing a shirt that said "Know Jesus Know Peace" but was forced to turn it inside out by an NFL uniform inspector before speaking at the podium.

* In 2015 DeAngelo Williams was fined for wearing "Find the Cure "eye black for breast cancer awareness.

*In 2016 the NFL prevented the Dallas Cowboys from wearing a decal on their helmet in honor of 5 Dallas Police officers killed in the line of duty.

* 2016 the NFL threatened to fine players who wanted to wear cleats to commemorate the 15th anniversary of 9/11.

So tell me again how the NFL supports free speech and expression. It seems quite clear based on these facts that the NFL has taken a position against any action by NFL players demonstrating RESPECT for any issue:

For God, social causes such as mental health, cancer, domestic violence, for cops killed arbitrarily, for being cops, or for the Memory of 9/11...

BUT they will allow demonstrations of DISRESPECT for our National Flag, our National Anthem, for America , and for the American People, if it will help mollify a particular Group and its destructive supporters. That is who and what the NFL now has shown itself to be.

Honor our military; too many of whom have come home with the American Flag draped over their coffin.

[Comment Guidelines - Click to view]
The Remnant values the comments and input of our visitors. It’s no secret, however, that trolls exist, and trolls can do a lot of damage to a brand. Therefore, our comments are heavily monitored 24/7 by Remnant moderators around the country.  They have been instructed to remove demeaning, hostile, needlessly combative, racist, Christophobic comments, and streams not related to the storyline. Multiple comments from one person under a story are also discouraged. Capitalized sentences or comments will be removed (Internet shouting).
The Remnant comments sections are not designed for frequent personal blogging, on-going debates or theological or other disputes between commenters. Please understand that we pay our writers to defend The Remnant’s editorial positions. We thus acknowledge no moral obligation whatsoever to allow anyone and everyone to try to undermine our editorial policy and create a general nuisance on our website.  Therefore, Remnant moderators reserve the right to edit or remove comments, and comments do not necessarily represent the views of The Remnant.
back to top
Last modified on Thursday, July 30, 2020
Tweet

More in this category: « MASKED BANDITS: Shepherds Terrorizing the Sheep +Viganò endorses group who want to bring criminal charges against the WHO »