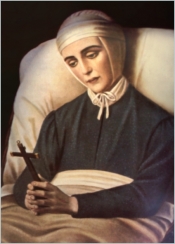 On May 13, 1820, Mystic Anne Catherine Emmerich said: "I saw also the relationship between the two popes. . . I saw how baleful would be the consequences of this false church. I saw it increase in size; heretics of every kind came into the city (of Rome). The local clergy grew lukewarm, and I saw a great darkness. . . Then, the vision seemed to extend on every side. Whole Catholic communities were being oppressed, harassed, confined, and deprived of their freedom. I saw many churches close down, great miseries everywhere, wars and bloodshed. A wild and ignorant mob took to violent action. But it did not last long."

Anna Katharina Emmerick; 8 September 1774 – 9 February 1824) was a Roman Catholic Augustinian Canoness Regular of Windesheim, mystic, Marian visionary, ecstatic and stigmatist. She was born in Flamschen, a farming community at Coesfeld, in the Diocese of Münster, Westphalia, Germany, and died at age 49 in Dülmen, where she had been a nun, and later became bedridden. Emmerich is notable for her visions on the life and passion of Jesus Christ, revealed to her by the Blessed Virgin Mary under religious ecstasy. She was beatified on October 3, 2004, by Pope John Paul II

I am sending you some photos of Anne Catherine Emmerich’s grave at the Helig Kreuz Kirche in Duelmen, Germany. I was there last week, and took a few photos.  Yes, BELIEVE IT OR NOT, the “space” where her grave is located, at the back of the church below, and beyond, the platform, is called the “resurrection hall.”

May God bless your family and the Remnant with His Grace always, 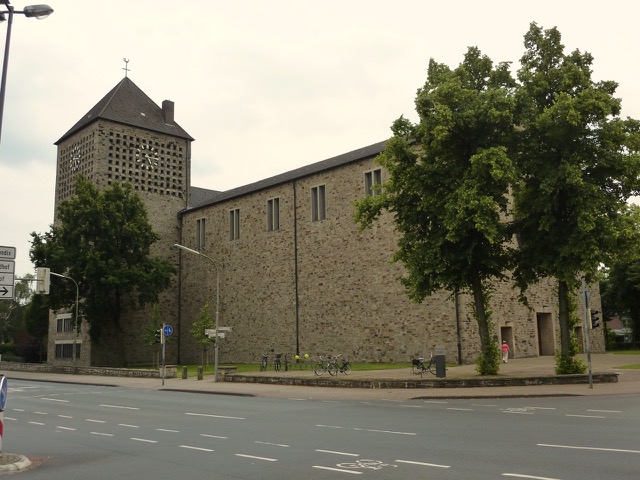 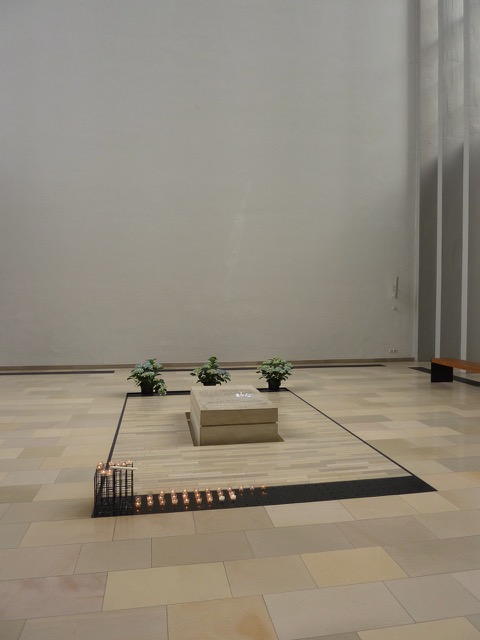 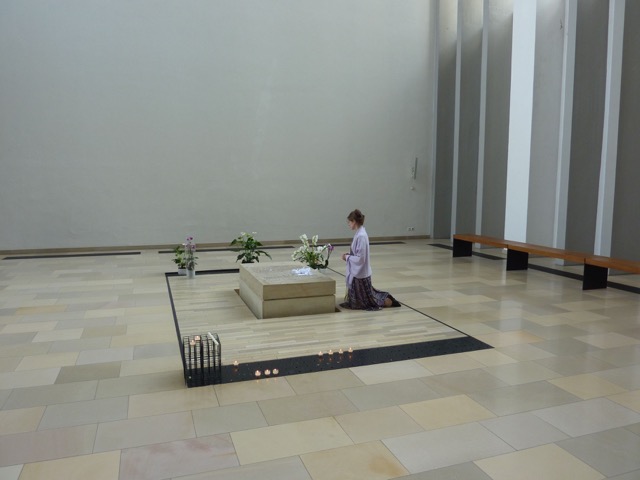 A faithful in prayer in the “resurrection hall” at Anne Catherine Emmerich’s grave, Helig Kreuz Kirche in Duelmen, Germany. 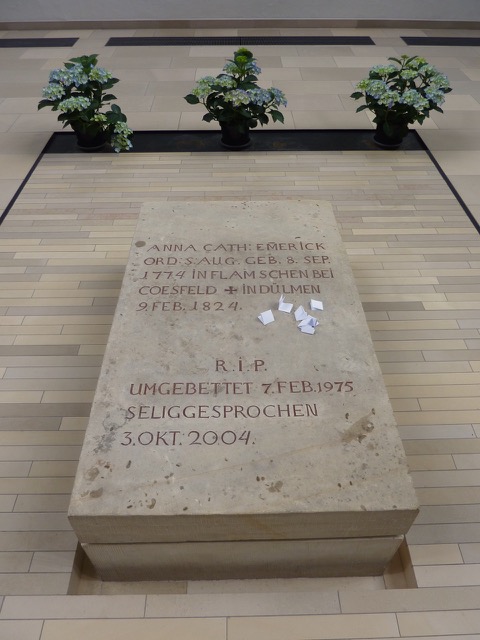 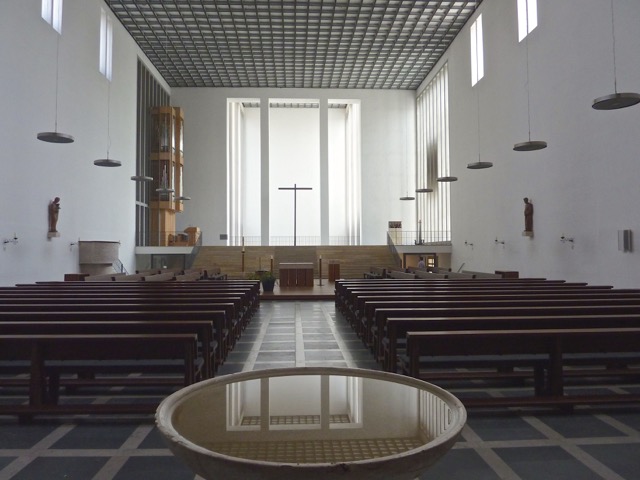 The nave at Helig Kreuz Kirche in Duelmen.  Seeing that the church is called “Holy Cross,” the plane Protestant cross seems to be more of an insult.

The altar was formerly located on the platform between the organ and the tabernacle at far right. 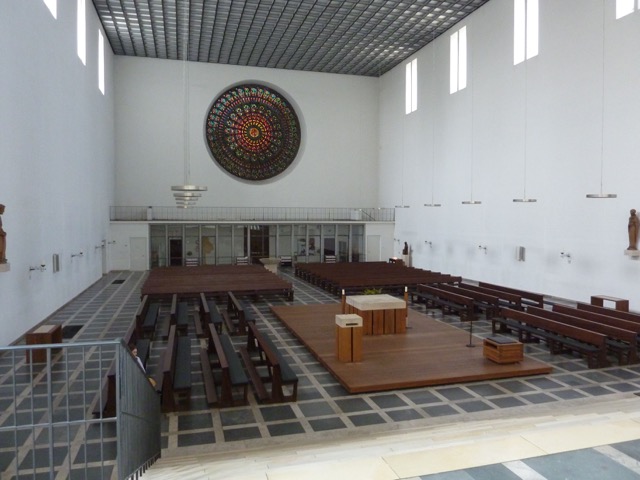 The view of the nave of Helig Kreuz Kirche in Duelmen, looking from the platform. 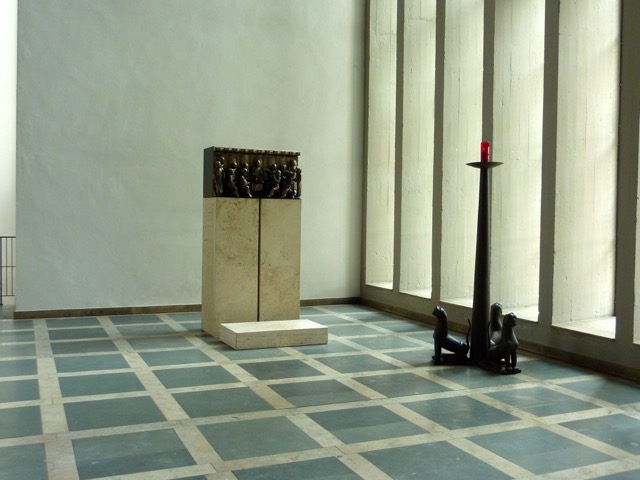 It looks more like the MGM movie set of the Pharaoh’ s palace for Yul Brenner as Ramesses in the Ten Commandments.

[Comment Guidelines - Click to view]
The Remnant values the comments and input of our visitors. It’s no secret, however, that trolls exist, and trolls can do a lot of damage to a brand. Therefore, our comments are heavily monitored 24/7 by Remnant moderators around the country.  They have been instructed to remove demeaning, hostile, needlessly combative, racist, Christophobic comments, and streams not related to the storyline. Multiple comments from one person under a story are also discouraged. Capitalized sentences or comments will be removed (Internet shouting).
The Remnant comments sections are not designed for frequent personal blogging, on-going debates or theological or other disputes between commenters. Please understand that we pay our writers to defend The Remnant’s editorial positions. We thus acknowledge no moral obligation whatsoever to allow anyone and everyone to try to undermine our editorial policy and create a general nuisance on our website.  Therefore, Remnant moderators reserve the right to edit or remove comments, and comments do not necessarily represent the views of The Remnant.
back to top
Last modified on Wednesday, August 26, 2015
Tweet
More in this category: « Voris 2010: New Mass “almost totally downplays all Catholic worship” Vatican-Appointed Spokesperson Gives First News Conference Regarding New Direction for Vindicated LCWR »