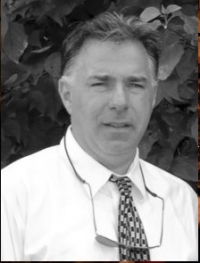 On this New Year’s Eve 2016, I’d like to wish The Remnant’s friends and allies all around the world a happy and holy 2017, filled with God grace and many blessings. I know I’m not alone in sensing that we may be in for a bumpy ride this next year. Things don’t look good, which, come to think of it, may be the biggest understatement of 2016.

On the other hand, dire predictions of calamity and apocalyptic happenings seemed to ring in every New Year I can remember.  On New Year’s Eve 1972, for example—the so-called “Jacinta’s year”—we were told to brace for the dreaded Three Days of Darkness. Board up your windows, keep plenty of blessed candles handy, and, whatever you do, don’t look at the demon parade going on outside. I guess we’re still waiting for those Three Days of Darkness… unless, of course, they’re already here. It’s no simple task these days to tell the difference between demons on parade and public high-schoolers on holiday, God help them all.


Anyway, back to the predictions. So then it was 1980, when one interpretation of the timetable of Msgr. Benson’s ‘Lord of the World’ said we could all expect to go up in a Julian Felsenburgh puff of smoke before December 31, 1981. And when that didn’t happen there was an immediate shift of focus to 1984— George Orwell, Oceania rising, nuclear and mutually assured destruction for all and for all a goodnight. Made sense, but nothing actually happened.

So we began gearing up for Y2K, when our precarious existence was sure to turn into a cyber-Hiroshima from which none of us would survive to see New Year’s Day 2001. As luck would have it, the countdown of 1999 ended peacefully and we all moved on, gradually turning our attention to Sr. Lucia of Fatima, convinced that the chastisement suggested in the warnings of Fatima would manifest itself before the seer died. But, again, nothing—Sr. Lucia went to her eternal reward and we got up the next day and went back to work. 2017! Yep, that when it’s all coming down. That’s got to be the one!

Complete with plenty of Fatima implications, a possible Garabandal sidebar, and a world already blowing itself up, however, I suppose it's possible we might just miss the 2017 chastisement altogether, what with all the death and destruction at which we have become so proficient. Who needs a divine chastisement when we've become so adept at chastising ourselves?

Come to think of it, isn’t the chastisement more or less already here—the handiwork of that terrifying beast known as Modern Man, who told God to go to Hell.  We even told Him we’d rule ourselves—thank you very much! —neither needing nor tolerating any assist from Him. Maybe that is the chastisement—being left to our own devices, at war with our own God, hell-bent on the suicide of our own civilization. Could there be greater chastisement than life without God -- and thus without either meaning or purpose?

The good news? That chastisement is manmade, thank God, and bound to fall apart eventually. And there is some indication of that beginning to happen. The daughter of Beelzebub, for instance, lost her race for the White House after millions of rosaries were prayed for God’s intervention. "Thought you'd never ask," said God. And He worked the miracle -- we’re not bracing for the inauguration of President Hillary Rodham Clinton. Thank you, God!

The Traditional Latin Mass is not only back, but it’s spreading like holy wildfire all over the world. Thank you, God!

We have priests, bishops and cardinals taking a long overdue stand against the Modernist takeover of our Church, personified by arguably the most liberal Pope in history. Thank you, God!

We have kept the Faith. We are a movement of young families and many, many children. The future literally belongs to us so long as the atheists and the secularists insist on aborting and contracepting their future.  Thank you, God!

There are plenty of reasons for hope this New Year’s Eve. In fact, maybe instead of trying to predict the chastisement we should  just acknowledge that it’s been running its course for quite some time, and that now it’s time for us to prepare for the post-chastisement Catholic restoration.

Too optimistic? Not at all! God is still in charge, and the triumph of the Immaculate Heart of Mary is coming.

I’m thrilled to announce, for example, that the little Remnant--founded 50 years ago this coming November--has survived and is now preparing to celebrate its 50th anniversary. Who would have thought!  There is just no way in the world that my wife, Carol, and I could continue this work of my father's without God’s good grace, our dedicated writers, our generous volunteers around the country, our office personnel (most of whom I sired, by the way) and, of course, the most loyal subscribers in the history of newspapers.

I’m very happy to note that even though the experts told us it was doomed ten years ago, the print edition of The Remnant not only made it through 2016, but also managed to pick up a healthy influx of new subscribers. The E-edition of The Remnant (which is identical in content to the print edition) now has a substantially higher number of subscribers than the actual print edition, and, between the two, this apostolate is able to survive and even thrive at a time when many, many newspapers have had to simply fold up for good.

I think, perhaps, poor benighted Pope Francis had a hand in all this. He’s evidently frightened a fair number of Catholics back into the bunker of holy Tradition, and for that, at least, we can be grateful to His Holiness and pray for him. But, more importantly, the Revolution is exposed and people are beginning to wake up. I know--we can hardly keep up with the increased workload here at The Remnant.

On New Year’s past, I’ve shared my concerns that we may have to scale back The Remnant’s publishing schedule or at least decrease the number of pages per issue. Well here on this last day of 2016, I’m pleased to announce no publishing changes are scheduled. We’ve managed to maintain the print-edition schedule, quadruple the number of e-subscribers, and finally get Remnant TV into a position where it can produce a weekly program: The Remnant Underground. And we’re going to try to do all of this without raising the cost of a subscription.

Some years ago, I made a promise to our print subscribers never to let the newspaper suffer in order to take the easy (and much more lucrative) way out that is the Internet and the website. I’m happy to say that with your help, I’ve made good on that promise. So thank you, and please consider giving gift subscriptions to friends and family during 2017 to help keep everything going.

And if you are able, please consider making a financial contribution to The Remnant this year. I think it should be fairly obvious that your donation dollars are being poured directly back into this apostolate, as we pick up new writers, expand The Remnant’s website (some of our online Remnant articles exceeded 100,000 views this past year) and continue to slowly build Remnant TV (which has over two million views, by the way, and is getting the message out far and beyond our physical newspaper’s subscriber base.)

All of this means lots of hard work on the part of a growing number of dedicated people. Our website moderators, for example, are monitoring comments 24 hours a day. That’s a huge task, and they do a great job. And even though they’re working for a pittance, it all costs money. I’ve made every effort to keep the overhead lower than that of any other newspaper I know of, but it is impossible to continue this work without your help.

So, if you would, please consider donating to The Remnant. 2017 is going to be turbulent on so many levels, not the least of which will be the ongoing revolution inside the Vatican. We pledge to do our part to project and amplify the voice of Tradition far and wide, never to back down—but we need your help:

Thank you for your prayers, letters of encouragement and constructive criticism. God bless you always, dear Remnant Family, and may the little Child Jesus grant you abundant happiness and a blessedly uneventful New Year. 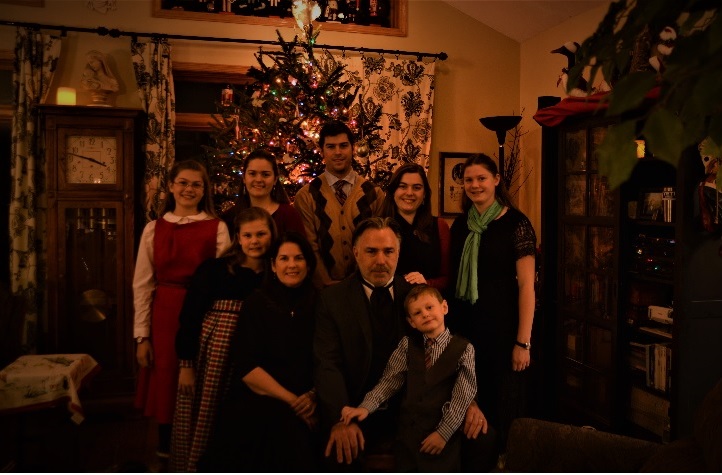 [Comment Guidelines - Click to view]
The Remnant values the comments and input of our visitors. It’s no secret, however, that trolls exist, and trolls can do a lot of damage to a brand. Therefore, our comments are heavily monitored 24/7 by Remnant moderators around the country.  They have been instructed to remove demeaning, hostile, needlessly combative, racist, Christophobic comments, and streams not related to the storyline. Multiple comments from one person under a story are also discouraged. Capitalized sentences or comments will be removed (Internet shouting).
The Remnant comments sections are not designed for frequent personal blogging, on-going debates or theological or other disputes between commenters. Please understand that we pay our writers to defend The Remnant’s editorial positions. We thus acknowledge no moral obligation whatsoever to allow anyone and everyone to try to undermine our editorial policy and create a general nuisance on our website.  Therefore, Remnant moderators reserve the right to edit or remove comments, and comments do not necessarily represent the views of The Remnant.
back to top
Last modified on Saturday, December 31, 2016
Tweet

More in this category: « Sawing Off the Branch The Fruits of Radical Catholic Modernism? »