The Roe vs. Wade Decision 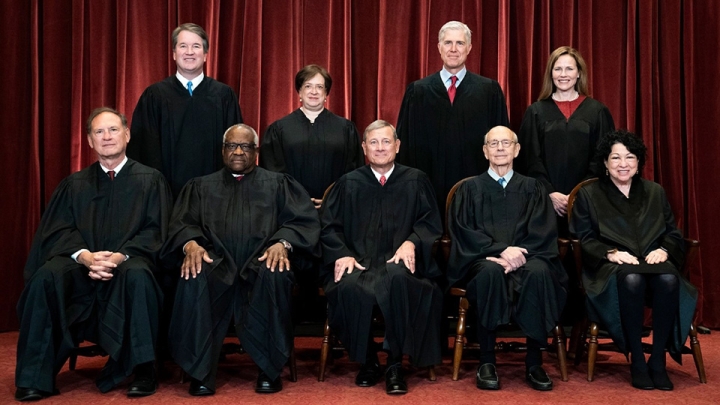 (June 24) Things feel different today for many us.  A tension that for too many years has been straining relationships within families and between families and friends and political parties feels lightened and relaxed just a little bit.  A stressful burden has been partially lifted.

There are many who have just the opposite feelings about the Supreme Court’s decision regarding Roe vs. Wade.  Some are angered.  But even the strongest advocates of the legal right to abortion must sense that the air is clearer now.  The battle over the legality of abortion will undoubtedly go on for many more years in state venues, but from a national perspective our Judicial Branch has made it clear that it can no longer idly ignore inherent legal and moral issues with our Government protecting the ending of pre-born human life.

The decision is a sign to the world that in this country we still love life too much to permit any legal precedent that supports its destruction during its natural cycle from conception to death to stand any longer.

Supreme credit goes to the Court Justices who, in spite of intense political pressure from within Government and without, courageously and unwaveringly voted in favor of the denying the legality of Roe vs Wade.  Their decision is a credit not just to their legal acumen and expertise, but to their comprehension of the intrinsic nature of reality and humankind.  They have expressed their understanding that human life is a composite of body and soul, both gifts from a Creator who determines for each of us life’s beginning and end.  We owe these men and women Justices our enduring thanks for protecting us from the notion that any power or authority has been granted to us to interfere with His determinations in this domain.

Not yet, but someday when abortions are truly rare, we will look back at this period in our history when this horrendous practice was legally permitted as we now look back on slavery – a scourge never to be suffered again in our country.

[Comment Guidelines - Click to view]
The Remnant values the comments and input of our visitors. It’s no secret, however, that trolls exist, and trolls can do a lot of damage to a brand. Therefore, our comments are heavily monitored 24/7 by Remnant moderators around the country.  They have been instructed to remove demeaning, hostile, needlessly combative, racist, Christophobic comments, and streams not related to the storyline. Multiple comments from one person under a story are also discouraged. Capitalized sentences or comments will be removed (Internet shouting).
The Remnant comments sections are not designed for frequent personal blogging, on-going debates or theological or other disputes between commenters. Please understand that we pay our writers to defend The Remnant’s editorial positions. We thus acknowledge no moral obligation whatsoever to allow anyone and everyone to try to undermine our editorial policy and create a general nuisance on our website.  Therefore, Remnant moderators reserve the right to edit or remove comments, and comments do not necessarily represent the views of The Remnant.
back to top
Last modified on Saturday, June 25, 2022
Tweet
More in this category: « Deus ex Machina: using AI to end the Benepapist debate. Back to the Future with Our Lady of Good Success »