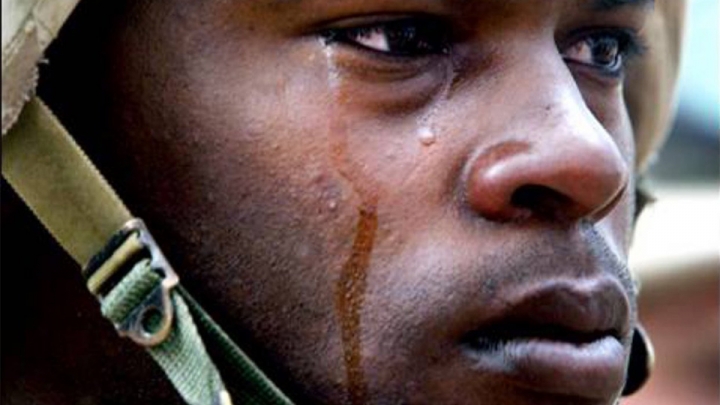 Not knowing why Veteran’s Day was on a Thursday and not part of a three-day weekend was somewhat perplexing to a recently minted government employee. There is a historic tradition why some holidays like Christmas, New Year’s Day and the 4th of July are standalone celebrations.

Veteran’s Day is one of them.

Given its history and place on the Gregorian calendar, why couldn’t the Great War have ended in June, July, or August? It just so happens that World War I, the war to end all wars, ceased on the 11th hour, of the 11th day, of the 11th month in 1918. For some it must be frustrating having a holiday in early November when the days are short, the skies overcast and the mercury doing a daily descent.

As we approach this Veteran’s Day, many who served in the nation’s armed forces are concerned about the trajectory of where our military, and thus the nation, is headed.

To take a society’s emotional temperature, listen to what folks complain about. As we approach this Veteran’s Day, many who served in the nation’s armed forces are concerned about the trajectory of where our military, and thus the nation, is headed.

As the Chinese fly dozens of sorties into Taiwanese airspace probing their defenses, the Biden administration counters by naming Rachel Levine an honorary four-star admiral of the U.S. Public Health Services Commissioned Corps, the first “woman” to reach that rank. “Rachel” is Richard, a biological male and father, who never served in any branch of the military.

Where is that army of ardent feminists as a male living under the aberration of being a female is bestowed such a title?

Hoist that rainbow flag to let the enemy know we mean business as soon as they pick the right dress for war.

Do you believe the Russians and Chinese play pretend like we do?

Hoist that rainbow flag to let the enemy know we mean business as soon as they pick the right dress for war.

Such a dubious sideshow draws attention away from the folly of the Biden administration that recognizes global warming and COVID as more tactical enemies than communism and the piecemeal dismantling of the Constitution by American Marxists.

Besides developing viruses, the Chinese are working diligently on weapons’ systems that include their recent launch of a hypersonic nuclear missile which flies below radar, expanding their navy from a green water fleet to a blue water one, while enlarging their nuclear arsenal and learning to fight the next generation of war: cyberspace.

Provided our armed forces continue to serve more as a social experiment than a fighting force, it is guaranteed we will pay an immense price in blood and treasure on a future battlefield.

Rather, we counter with “Rachel” Levine, Critical Race Theory, a bungled Afghanistan defeat and forced vaccinations.

The only thing our military is working at hypersonic speed is the implementation of wokeism.

If Afghanistan was a “logistical success,” as Gen. Milley defined it, then what retreat wasn’t?  The top brass are a bunch of trick or treaters with more ribbons than brains. What would have been the result had the U.S. squared off against the Axis powers in World War II with a woke president and military joint chiefs where social justice is priority one?

The only thing our military is working at hypersonic speed is the implementation of wokeism.

Recently, the navy failed to execute basic shipboard firefighting aboard USS Bonhomme Richard and lost a ship with 15 years of service left. However, they did plant some trees as carbon offsets, so award those humanitarian service medals.

Navy SEALs seeking a vaccine religious exemption are being coerced into compliance. Not only does such harassment intrude upon their First Amendment rights that they swore to uphold, but it is detrimental to our national security.

Global warming and social change are not the military’s mission.

There are about two billion people residing in freedom thanks to the sacrifice of the U.S. military over the last 241 years.

Our military superiority will cease provided we continue to politicize the armed forces, while discharging those who do not adhere to the woke policies of the Biden administration.

There are about two billion people residing in freedom thanks to the sacrifice of the U.S. military over the last 241 years. That is as noble an achievement as any in history and November 11 has been set aside to honor those who have made and continue to make that sacrifice.

Those who have honorably served make up only seven percent of the population.

For them, take a few minutes to right our ship by contacting your Congressional representatives and urging them to act, and what better time than Veteran’s Day.

[Comment Guidelines - Click to view]
The Remnant values the comments and input of our visitors. It’s no secret, however, that trolls exist, and trolls can do a lot of damage to a brand. Therefore, our comments are heavily monitored 24/7 by Remnant moderators around the country.  They have been instructed to remove demeaning, hostile, needlessly combative, racist, Christophobic comments, and streams not related to the storyline. Multiple comments from one person under a story are also discouraged. Capitalized sentences or comments will be removed (Internet shouting).
The Remnant comments sections are not designed for frequent personal blogging, on-going debates or theological or other disputes between commenters. Please understand that we pay our writers to defend The Remnant’s editorial positions. We thus acknowledge no moral obligation whatsoever to allow anyone and everyone to try to undermine our editorial policy and create a general nuisance on our website.  Therefore, Remnant moderators reserve the right to edit or remove comments, and comments do not necessarily represent the views of The Remnant.
back to top
Last modified on Monday, November 8, 2021
Tweet

More in this category: « The Synodal Path of Diabolical Disorientation PAPAL PLAY DATES: Here's Why Everybody's Always Pickin' on Francis »