The USCCB: Stooges for the Democratic Party 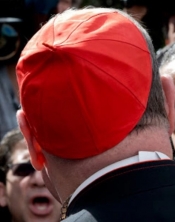 The United States Conference of Catholic Bishops are the convenient “spiritual” stooges of the Democratic Party. Everyone knows it. Even if few want to openly say it.

The USCCB is the convenient holy water for the Democratic Party and its “Catholic Democratic” voice. From immigration to welfare, to multiculturalism and human rights, there is almost no distinguishing feature of the USCCB from the Democratic Party bullhorn and as the election swings into full gear, we will undoubtedly hear, ad nauseum, how good Catholics must support the party of infanticide, sodomy, and atheism because, to quote a certain bishop, “Trump is so anti-life.”

Christ’s Church is set apart from the world, not intermingled with the sons and daughters of Cain. The Church is meant to stand out, not stand in and seek the blessings and acceptance of the sinful public and power-hungry politicians. Part of the crisis of the Catholic Church in America is that it has become, through its institutions and clerical establishment, just a collared wing of muscular liberal politics.

The reasons for the Catholic Church’s accompaniment with liberal politics and the Democratic Party in America are historical and complicated.

America was founded by Protestants. Coopted Americanists in the Catholic rank and file, as well as the intellectual class, like to sugar coat this reality by making mention of Charles Carroll and the Declaration of Independence’s reference to “Nature’s God” and “Providence.” That’s precisely what useful tools do, which obscures the fact that part of America’s bid for independence was anti-Catholic sentiment when Great Britain passed the Quebec Act granting religious freedom to Catholics in former French Canada alongside all the rights and customs of Catholic law which saturated the roots of the territory.

Catholics were always a minority in America and viewed suspiciously by Protestants. Even in Maryland, the one colony where Catholics had a strong and visible presence, Protestants remained the majority and viciously attacked English Catholics during the Battle Severn in 1655. When waves of Catholic immigrants, especially Irish and later Italians, ventured to the shores of America to escape famine and political persecution and upheaval in Europe, they found themselves the political instruments of the Democratic Party.

When Catholic immigration peaked, the Democratic Party was forced to make concessions because of concentrated Catholic political power in ethnic neighbors. Thus began the long history that produced the likes of Nancy Pelosi and Joe Biden. Because Irish, and later Italian, immigrants clustered together in neighborhoods that were nearly universally Irish Catholic, Italian Catholic, Polish Catholic, etc., American politics transformed to include Catholic power which persisted until the 1960s and 1970s when the urban crisis and white flight destroyed Catholic political power as Catholics fled to the suburbs and lost their identity: Both ethnic and religious.

Michael Matt mocks the cowardice of the USCCB and Catholic priests who won't speak out for fear of losing their tax exempt status:

During this transformation in American politics the Catholic Church experienced both inclusion and resentment. Catholics took leading roles in the labor movement. Catholics also took leading roles in the anti-communist crusades of the early twentieth century and remained a strong backbone of the anti-communist movement through the end of the Cold War.

The USCCB’s implicit relationship with Democratic Party politics is a legacy of this American phenomenon. Whereas politically minded Catholics in Europe were overwhelmingly traditionalist and conservative, owing to Europe’s Catholic roots and heritage, Catholics in America often found themselves strangers in a strange land. The Puritanical and Protestant oriented nature and character of the United States was violently hostile to Catholicism and Catholic interests which naturally made Catholics “pro-reform” in a land without substantial Catholic roots. 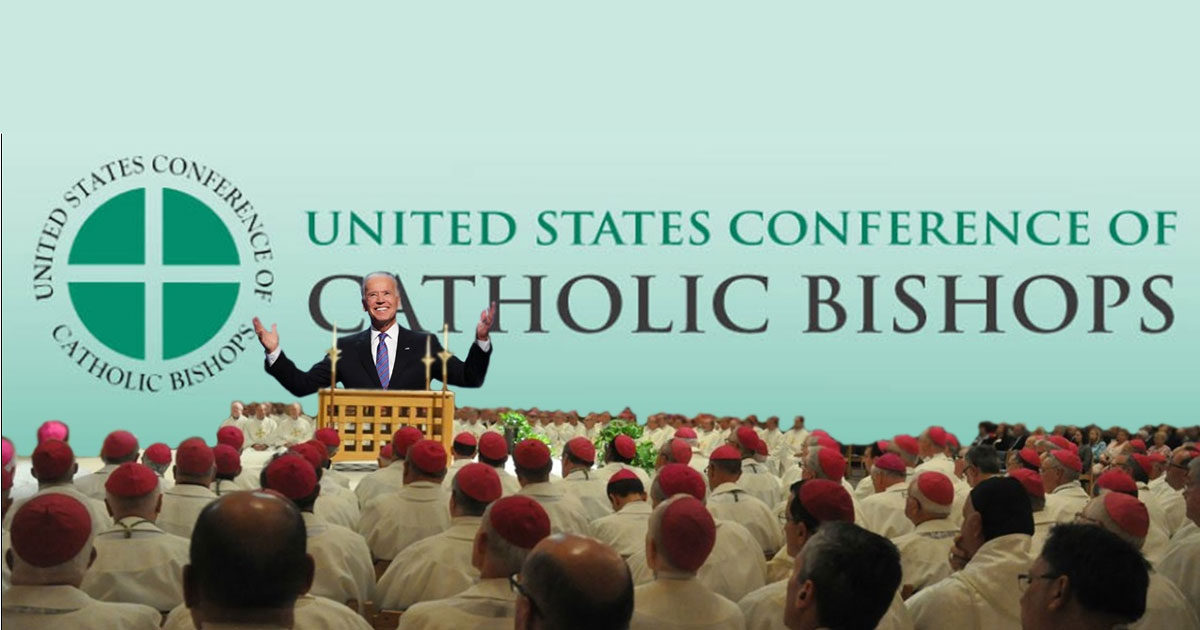 For Catholics to have any sort of standing in American society they had to be on the side of reform which naturally led them to the Democratic Party. Catholics pushing reform in the past did so to advance Catholic interests and inclusion. Now, however, Catholics pushing for reform do so in the name of secular, atheistic, and Jacobin ideologies like infanticide, sodomy, transgenderism, and no doubt will come to advance trans-speciesism when that becomes the next progressive fad.

The USCCB is shackled to the Democratic Party as a result. But if Catholics reclaim their Catholicity, the USCCB is going to be in a tight bind. To whom does the USCCB attach its loyalty? To Christ and His Church or the “ark of fraternity,” a concept originally promoted by the Freemasons? Does the USCCB stand up for the moral law of God? Or does it concede to lawlessness in the name of “toleration,” “inclusion,” and “multiculturalism”?

Christ and His Church stand for moral order and the moral law. Christ’s command was not to advocate for human rights, open borders, and socialized medicine. His Great Commission was to teach the nations the ways and laws of God and to baptize. The Democratic Party does neither.

On the contrary, the Democratic Party often fights against the ways and laws of God and embraces syncretistic universalism as its default religious policy. Insofar that the USCCB remains the convenient stooge of the Democratic Party, it is in rebellion against Christ. The subservience of the Catholic bishops to broadly secular and humanistic ideologies also taints the Church and its mission in America to be a distinct people against the dictates of American Caesarism which pushes the country closer and closer into becoming a modern-day Babylon.

It is therefore up to the faithful laity, not the political activists who veil themselves in the cloak of Catholicism and the hats of bishops, to take back the Catholic faith and identity and orient it to what God commands. Perhaps the reckoning of “full and active participation” will rear its cracks and whips against the USCCB just as Christ did to the money lenders in the Temple.

As the 2020 election cycle reaches full gale, we will likely hear from bishops and cardinals how we must support—whether directly stated or indirectly implied—the party that negates God’s law, wants to establish a shrine to Moloch, and dances with the Devil in the name of “compassion.” But Christ instructs us to teach and baptize the nations and instructs the nations to align with His Church in worship and conformity to God and His moral law. When’s the last time the Catholic bishops of the United States proclaimed the very essence of the gospel?

[Comment Guidelines - Click to view]
The Remnant values the comments and input of our visitors. It’s no secret, however, that trolls exist, and trolls can do a lot of damage to a brand. Therefore, our comments are heavily monitored 24/7 by Remnant moderators around the country.  They have been instructed to remove demeaning, hostile, needlessly combative, racist, Christophobic comments, and streams not related to the storyline. Multiple comments from one person under a story are also discouraged. Capitalized sentences or comments will be removed (Internet shouting).
The Remnant comments sections are not designed for frequent personal blogging, on-going debates or theological or other disputes between commenters. Please understand that we pay our writers to defend The Remnant’s editorial positions. We thus acknowledge no moral obligation whatsoever to allow anyone and everyone to try to undermine our editorial policy and create a general nuisance on our website.  Therefore, Remnant moderators reserve the right to edit or remove comments, and comments do not necessarily represent the views of The Remnant.
back to top
Last modified on Monday, October 19, 2020
Tweet

More in this category: « Those never Trump deplorables