Written by  Christopher A. Ferrara
Rate this item
(31 votes) 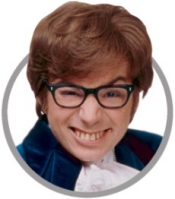 It's the Russians, baby!
DHS official testifies: The Russians Might Have Done Something!

On June 21, DHS’s acting Director of the Cyber Division of the department’s Office of Intelligence and Analysis, Samuel Liles, testified before the Senate Intelligence Committee regarding the endless, increasingly farcical “Russia probe.”  Let me summarize his testimony for the reader (the Remnant digests this important material so that you don’t have to):

Internet-connected state election systems were “potentially targeted” in 21 states by “Russian-government-linked cyber actors.” This was the equivalent of someone who was “rattling the door knob and was unable to get in,” but in a small number of states “they made it through the door.” There is no evidence that any votes were changed because voting machines are not connected to the Internet.

But, but, the reader may wonder, why would sophisticated Russian government-linked cyber actors be so inept as to leave their fingerprints at the scene of their “potential targeting”?  Why would they not make their potential targeting untraceable to its source by generating fake IP addresses and using other means of concealment, like pimple-faced adolescents hacking government agencies and credit data bases from their parents’ basement?

Well, if you knew anything about counter-intelligence work, etc.

Clearly, the astonishing disclosure that Russian government-linked cyber actors rattled the door knobs of our democracy means that Donald Trump must have colluded with Vladimir Putin to undermine the very foundation of our way of life: the election of Hillary Clinton.  No doubt, Robert Mueller and his army of Clinton donors will get to the bottom of this… in a few years.

Indeed, how can America ever trust the election of any Republican again, given the undeniable role of Russian government-linked cyber actors in potentially favoring Republicans and rattling the door knobs of our democracy in order—potentially—to collude with them in some manner that will surely be determined after numerous thorough investigations?

Only an independent commission or another special counsel can determine whether Republican victories will ever be legitimate again.  Until then, RESIST!
Published in Fetzen Fliegen

[Comment Guidelines - Click to view]
The Remnant values the comments and input of our visitors. It’s no secret, however, that trolls exist, and trolls can do a lot of damage to a brand. Therefore, our comments are heavily monitored 24/7 by Remnant moderators around the country.  They have been instructed to remove demeaning, hostile, needlessly combative, racist, Christophobic comments, and streams not related to the storyline. Multiple comments from one person under a story are also discouraged. Capitalized sentences or comments will be removed (Internet shouting).
The Remnant comments sections are not designed for frequent personal blogging, on-going debates or theological or other disputes between commenters. Please understand that we pay our writers to defend The Remnant’s editorial positions. We thus acknowledge no moral obligation whatsoever to allow anyone and everyone to try to undermine our editorial policy and create a general nuisance on our website.  Therefore, Remnant moderators reserve the right to edit or remove comments, and comments do not necessarily represent the views of The Remnant.
back to top
Last modified on Friday, June 23, 2017
Tweet

More in this category: « On the Sign of Peace The Strangeness of Stranger Things: How Netflix’s Retro Sci-Fi Show (Unwittingly) Teaches Us about the Culture of Death »