Like Harry Always Says: “But there are good things in Pope Francis’ encyclical…” Featured 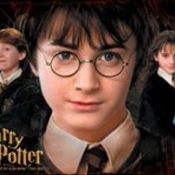 Remember the Harry Potter craze? That was an odd phenomenon, wasn’t it? People went kind of insane, and then, when the movies had finished I guess, it just dropped off the radar. People made a few remarks about how sad it was that the cute Potter kids (the actors, that is) had to grow up and become the run-of-the-mill corrupt Hollywood elite types, and that was about the end of it. But when HP was at the height of its popularity, there was a very strange thing that would happen whenever anyone said something like, “I wouldn’t let my kids read it. It’s morally ambiguous and there is way better stuff for them out there.”

Whenever someone would say this in a commbox or on Facebook, one could hear a strange, distant high-pitched shrieking sound, as if from a long way off. Slowly, the sound would be accompanied by little distant black specks on the horizon and these would finally resolve into a vast flock of be-taloned harpies, their leathern wings strumming the air in time with a rhythmic chant in a harsh eldritch tongue, unheard since the forgotten elder days when men and monsters inhabited the earth. Scholars eventually translated these guttural croakings as, “But there’s Christian themes in Harry Potter, you Traddie freaks!”


It was one of the oddities of the neoCatholic world that their womenfolk were weirdly, almost fanatically protective of “our Harry.” A certain pro-life news website, even to this day, still occasionally hears the accusation that they made up a message from the former Cardinal Ratzinger warning that HP was a danger to the souls of the young readers enthralled by it. This was a possibility that the leathern-winged harpies could not absorb, considering themselves as they did to be good “conservative” Catholics, and all Ratzinger fans. No, it had to be that website that was trying to besmirch both of their darlings for some nefarious purpose of their own.

I responded by holding out to him an imaginary glass of invisible liquid: “This is a lovely glass of orange juice. I squeezed it myself. I only put a tiny little bit of arsenic in it. If you don’t personally like arsenic, just drink those bits that don’t have any. Go ahead… What’s the matter, are you some kind of fanatical perfectionist that everything you eat and drink has to be totally free of deadly poison?”

The next time someone says to you, “But there’s much that’s good in Laudato Si… there’s Christian themes. Pope Francis used some quotes from classical Catholic social teaching,” just pause a moment to think about the implications of these protestations.

J.K. Rowling is a non-Christian fantasy writer of somewhat dubiously praised children’s fiction. And they loved to defend her on the grounds that her work “contained Christian themes.” Now many of the same kind of people are defending a papal encyclical by insisting that it “contains Christian themes.”

Just stop for a moment. Let that sink in.

Shortly after Bergoglio’s election, I remember hearing from someone who was trying to make the best of it that he had “defended the unborn” back in Argentina. I remember being in the company of Mike Matt at the time, who rather dryly observed that he needed rather more from a pope than that he thought it a bad idea to kill babies.

Have we finally set the bar so low that we defend something coming from a pope because one can find, if one looks hard enough and with enough of a squint, something in it that is not directly contrary to the Catholic Faith?

Really? We’re there, are we?

Please help us keep these articles coming. We can't do it without... we need help!

[Comment Guidelines - Click to view]
The Remnant values the comments and input of our visitors. It’s no secret, however, that trolls exist, and trolls can do a lot of damage to a brand. Therefore, our comments are heavily monitored 24/7 by Remnant moderators around the country.  They have been instructed to remove demeaning, hostile, needlessly combative, racist, Christophobic comments, and streams not related to the storyline. Multiple comments from one person under a story are also discouraged. Capitalized sentences or comments will be removed (Internet shouting).
The Remnant comments sections are not designed for frequent personal blogging, on-going debates or theological or other disputes between commenters. Please understand that we pay our writers to defend The Remnant’s editorial positions. We thus acknowledge no moral obligation whatsoever to allow anyone and everyone to try to undermine our editorial policy and create a general nuisance on our website.  Therefore, Remnant moderators reserve the right to edit or remove comments, and comments do not necessarily represent the views of The Remnant.
back to top
Last modified on Wednesday, June 24, 2015
Tweet

More in this category: « The Pope's Encyclical: A Statement from Elizabeth Yore, International Child Rights Attorney When Pro-Life Becomes “Pro-Embryo”: The Fatal Flaw in Laudato si »