Press Release: Creation, Evolution, and the Crisis of Faith 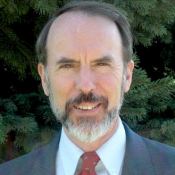 Human Life International will host and co-sponsor a free seminar entitled “Creation, Evolution, and the Crisis of Faith” on Saturday March 21st at its headquarters on Shenandoah Shores Road in Front Royal, VA. Mass in the Extraordinary Form will be offered at 9:00 AM and the Seminar will begin at 10:00 AM. The seminar presenters will be Dr. Joseph Strada and Mr. Hugh Owen, Director of the Kolbe Center for the Study of Creation which is co-sponsor of the event. . Pre-registration is not required but lunch will be provided to those who respond by March 15. To respond online or for more Information, please contact: Hugh Owen This email address is being protected from spambots. You need JavaScript enabled to view it..

AND if space permits….

Dr. Strada is an aerospace engineer who has given many lectures on the scientific evidence for special creation. He will explain why the evolutionary hypothesis is not compatible with fundamental scientific laws or with the available scientific evidence. Mr. Owen is the convert son of Sir David Owen, an atheist and a former secretary general of International Planned Parenthood Federation. He discovered Catholicism as a student at Princeton University. He has lectured on this topic in America, Europe, Africa and Oceana under Church sponsorship. Mr. Owen will set forth the traditional Catholic understanding of Creation and the Fall using the testimony of Jesus in the Gospel, the unanimous teaching of the Church Fathers, the testimony of the Sacred Liturgy and the authoritative teaching on creation of the Popes and Ecumenical Councils. He will explain how this traditional doctrine was challenged by natural scientists outside of the household of the faith who explained the origins of man and the universe with the evolutionary hypothesis. He will explain how a failure by Catholics to respond to that challenge has contributed greatly to the advent of the culture of death.

[Comment Guidelines - Click to view]
The Remnant values the comments and input of our visitors. It’s no secret, however, that trolls exist, and trolls can do a lot of damage to a brand. Therefore, our comments are heavily monitored 24/7 by Remnant moderators around the country.  They have been instructed to remove demeaning, hostile, needlessly combative, racist, Christophobic comments, and streams not related to the storyline. Multiple comments from one person under a story are also discouraged. Capitalized sentences or comments will be removed (Internet shouting).
The Remnant comments sections are not designed for frequent personal blogging, on-going debates or theological or other disputes between commenters. Please understand that we pay our writers to defend The Remnant’s editorial positions. We thus acknowledge no moral obligation whatsoever to allow anyone and everyone to try to undermine our editorial policy and create a general nuisance on our website.  Therefore, Remnant moderators reserve the right to edit or remove comments, and comments do not necessarily represent the views of The Remnant.
back to top
Tweet
More in this category: « Girl Altar Boys and Similar Frauds Calvary: A Study in the Badness of Evil »