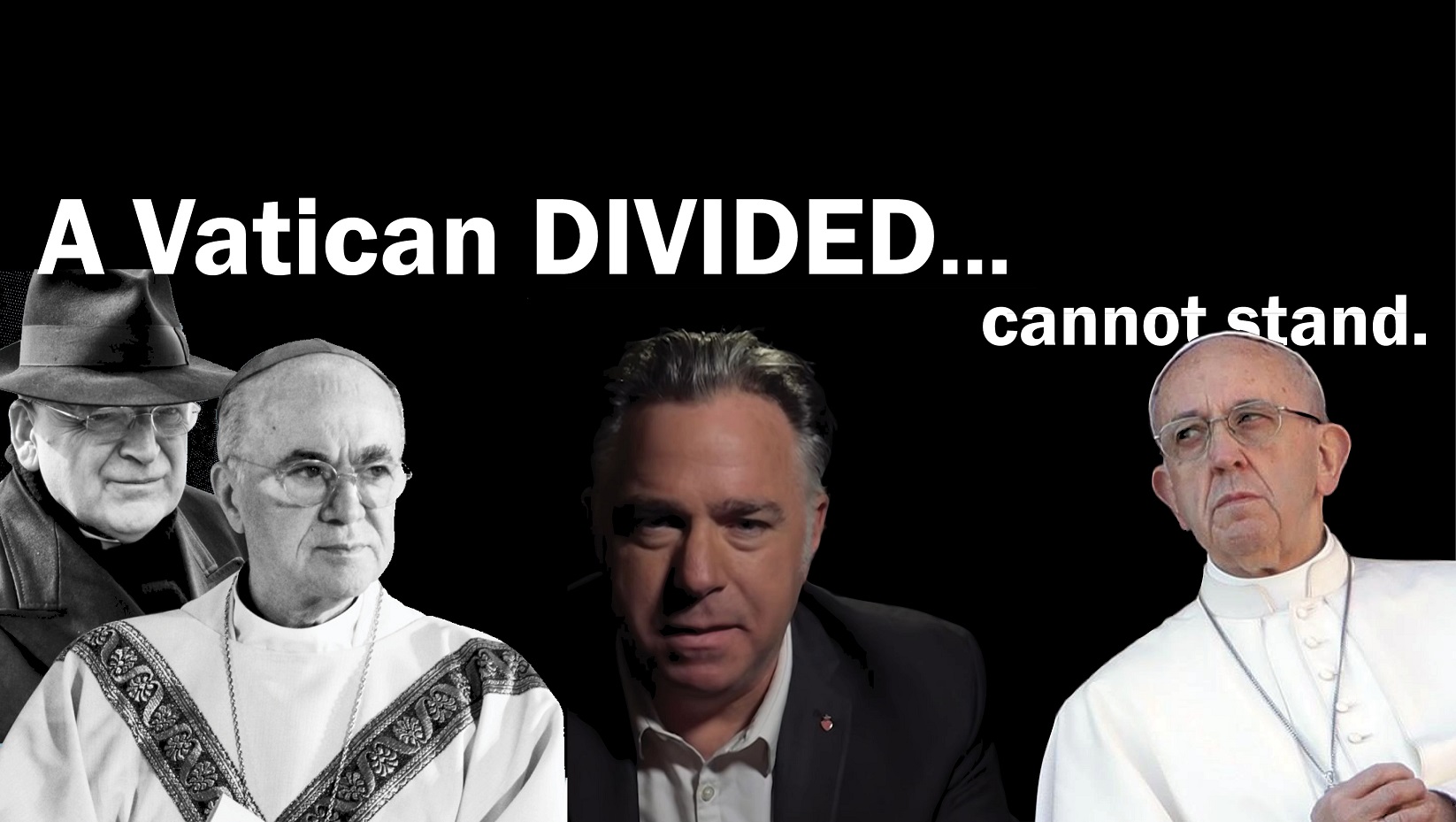 With America apparently ready for a homosexual president and a Frist Gentleman in the White House, Michael Matt discusses the downward moral spiral of Western Civilization since the close of the Second Vatican Council.

Of all the conservative commentators, only Rush Limbaugh—a guy with stage 4 lung cancer—is willing to discuss even the possibility that Mayor Pete’s marital status might present a political obstacle. If Limbaugh is homophobic now, says Mr. Matt, well then Barack Obama and Hillary Clinton were raging homophobes just a few years ago.

The upshot? Nothing will return civilization to sanity unless and until the Catholic Church restores her traditional Catholic liturgy, doctrine and moral authority.

Speaking of which, what in the world happened at the Amazon Synod? Michael says that you happened! There was so much opposition coming from the ranks of faithful Catholics that, at least for the moment, Team Francis had to put married priests and women deacons on the back burner.

So much for the vaunted ‘synodal process’! At this point, the Amazon Synod looks like an Amazon dumpster fire.

Michael closes with a call for worldwide resistance against the Francis Revolution which is more vulnerable right now than ever before.

Please help us with Remnant TV:

[Comment Guidelines - Click to view]
The Remnant values the comments and input of our visitors. It’s no secret, however, that trolls exist, and trolls can do a lot of damage to a brand. Therefore, our comments are heavily monitored 24/7 by Remnant moderators around the country.  They have been instructed to remove demeaning, hostile, needlessly combative, racist, Christophobic comments, and streams not related to the storyline. Multiple comments from one person under a story are also discouraged. Capitalized sentences or comments will be removed (Internet shouting).
The Remnant comments sections are not designed for frequent personal blogging, on-going debates or theological or other disputes between commenters. Please understand that we pay our writers to defend The Remnant’s editorial positions. We thus acknowledge no moral obligation whatsoever to allow anyone and everyone to try to undermine our editorial policy and create a general nuisance on our website.  Therefore, Remnant moderators reserve the right to edit or remove comments, and comments do not necessarily represent the views of The Remnant.
back to top
Last modified on Sunday, February 16, 2020
Tweet

More in this category: « INSPIRATION OR CALCULATION: Why Did Bergoglio Duck Married Priests and Lady Deacons? The Conversion of the Jew Alphonse Ratisbonne »