For the First Time in Canada, Catholic nurse wins right to religious exemption 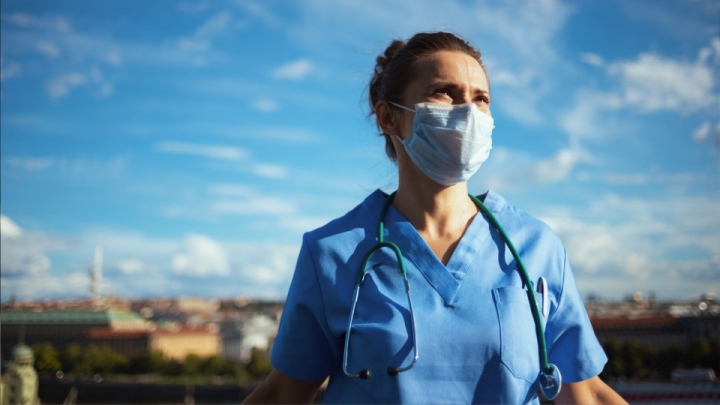 The National Post reports: A Catholic nurse in Ontario had a right to a religious exemption from COVID-19 vaccination because of the link between the shots and aborted fetuses, an arbitrator has ruled in one of the first legal pronouncements on the issue.

Pope Francis and other Catholic leaders have urged adherents to get COVID shots, with the pontiff suggesting it is a “moral obligation.” The fact some vaccines were developed or made with cell lines derived from fetuses terminated decades ago does not mean Catholics are condoning abortion, they say.

Public Health Sudbury discriminated against the unnamed nurse — a member of the conservative “Latin Mass” group of Catholics — when it fired her for not being immunized.

But arbitrator Robert Herman said Public Health Sudbury discriminated against the unnamed nurse — a member of the conservative “Latin Mass” group of Catholics — when it fired her for not being immunized.

COVID vaccination would interfere with “the exercise of her faith and her relationship with the divine,” he said.

Vaccine mandates have gradually been lifted throughout Canada and employees have always been able to at least apply for a religious exemption, with no guarantee of success.

But the ruling last month, largely overlooked outside the northern Ontario city, may be the first in Canada to offer some legal clarity on when such exemptions are justified.

Herman said there were inconsistencies in the nurse’s testimony, such as the fact she had opposed the COVID vaccine months before learning about the fetal connection, but that ultimately didn’t matter.

“It is unlikely that (the nurse) has fabricated or simply ‘latched’ on to a creed-based claim for an exemption in order to avoid getting vaccinated,” he said. “It is unlikely that a long-standing devout member of the Latin Mass community has in effect fabricated the assertion that her faith requires this of her.”

New at RTV — FRANCIS: Poster Pope of the Great Reset

[Comment Guidelines - Click to view]
The Remnant values the comments and input of our visitors. It’s no secret, however, that trolls exist, and trolls can do a lot of damage to a brand. Therefore, our comments are heavily monitored 24/7 by Remnant moderators around the country.  They have been instructed to remove demeaning, hostile, needlessly combative, racist, Christophobic comments, and streams not related to the storyline. Multiple comments from one person under a story are also discouraged. Capitalized sentences or comments will be removed (Internet shouting).
The Remnant comments sections are not designed for frequent personal blogging, on-going debates or theological or other disputes between commenters. Please understand that we pay our writers to defend The Remnant’s editorial positions. We thus acknowledge no moral obligation whatsoever to allow anyone and everyone to try to undermine our editorial policy and create a general nuisance on our website.  Therefore, Remnant moderators reserve the right to edit or remove comments, and comments do not necessarily represent the views of The Remnant.
back to top
Last modified on Tuesday, July 19, 2022
Tweet
More in this category: « CHARGES DROPPED AGAINST MONICA SMIT Reality Checking the Recent RealClear/EWTN Survey of “Catholic Mood” about the Midterms »