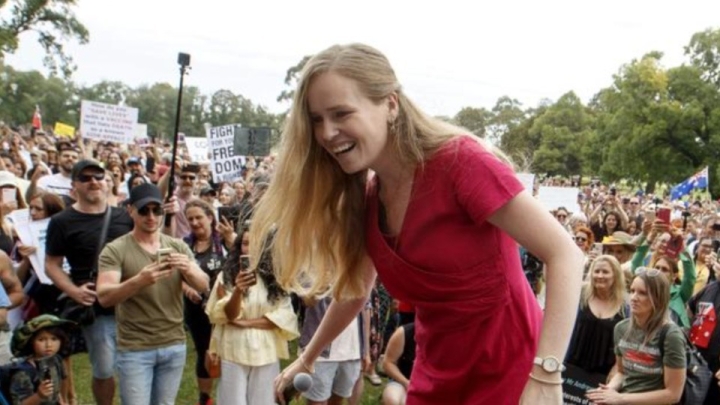 My name is Monica Smit. I live in Victoria, Australia.

In September 2021, I was arrested for encouraging people to exercise their human right to protest. I was given draconian bail conditions, which I refused to sign, and spent 22 days in solitary confinement in a maximum security prison.

I appealed the bail conditions and won. I was released to continue my work.

Then the police got a warrant to force me to provide them with all my passwords to all my phone apps. The punishment for not complying is 5 years in prison. I refused to comply.

Today…the police have DROPPED THE CHARGES.

This is what they said:

“The Director of Public Prosecutions has decided to discontinue the incitement charges on the basis that there is no longer a public interest in pursuing these matters, given the time Ms Smit has already spent in custody. For the same reason, the s 465AA order (password warrant) will not be enforced.“

It pays off to stand up for your convictions.

Thank you for all your support! I could not have done it without you.

Now I have a new set of wings, and we’re going global to fight back against globalist organisations like WHO and WEF.

Join the movement, it’s going to be massive! www.reignitefreedom.com

[Comment Guidelines - Click to view]
The Remnant values the comments and input of our visitors. It’s no secret, however, that trolls exist, and trolls can do a lot of damage to a brand. Therefore, our comments are heavily monitored 24/7 by Remnant moderators around the country.  They have been instructed to remove demeaning, hostile, needlessly combative, racist, Christophobic comments, and streams not related to the storyline. Multiple comments from one person under a story are also discouraged. Capitalized sentences or comments will be removed (Internet shouting).
The Remnant comments sections are not designed for frequent personal blogging, on-going debates or theological or other disputes between commenters. Please understand that we pay our writers to defend The Remnant’s editorial positions. We thus acknowledge no moral obligation whatsoever to allow anyone and everyone to try to undermine our editorial policy and create a general nuisance on our website.  Therefore, Remnant moderators reserve the right to edit or remove comments, and comments do not necessarily represent the views of The Remnant.
back to top
Last modified on Monday, July 18, 2022
Tweet
More in this category: « An Amazon face was smiling on the Plenary Council For the First Time in Canada, Catholic nurse wins right to religious exemption »