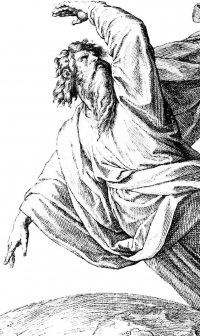 ON EARTHQUAKES and PLAGUES

When the earth quakes, man rediscovers the fragility of earthly things and lifts his eyes from earth to Heaven.

WHEN NATURAL CATASTROPHES occur, like an earthquake or an epidemic, there is a tendency to refuse considering its imponderable character, always trying to figure out who is responsible behind the scenes, denying the idea that something could happen that is beyond man’s control. But only God guides and controls history, not man.

The imponderable, the unforeseeable, is anything that cannot be foreseen and programmed by men. The imponderable exists, it is part of our life, but it is not mere chance. Chance – meaning the absence of the significance of events – does not exist.

We must repeat this strongly – chance does not exist. Everything that happens in our life and in the life of the universe has a significance. The fact that we do not understand it does not mean it is something deprived of significance.

Only God knows the significance of everything, and only He gives each thing its significance.

To pretend to know the significance of everything means to want to become God, to make ourselves into God. It means denying the existence of God the Creator and Ruler of the universe: because God does not create the universe in order to abandon it, but he preserves it in being, he guides it to its purpose, he gives meaning to everything without exception.If God is the first cause of the universe, the origin and final end of all things, nothing escapes his power and governance.

Everything that exists is created by Him, loved by Him and guided to its final end: in a word, everything that exists and happens is held in the hands of Divine Providence. The Gospel says this when it declares that every hair on our heads has been counted (Luke 12: 1-7).

If something could escape the creative and conserving action of God, it simply would not exist.

The greatness of Divine Providence is manifested above all in God’s ability to draw good from the physical and moral evil of the universe, evil that he does not cause but that he permits for the sake of a greater purpose. It is not that God suffers evil: if he wished, he could so arrange things that evil would not happen, and he often intervenes to prevent it; but at other times he prefers to permit the existence of evil in order to bring about good through that evil. We need only think of the enormous evil of original sin, which God did not want, but that he permitted to happen in order to bring about the immense good of the Incarnation.

In order to comprehend the action of Providence, which gives a reason to everything that happens, even to tragedies like epidemics and earthquakes, we need to have a supernatural perspective: the perspective of one who believes in the existence of God who is the Creator and also the Giver of eternal life.

Whoever denies that God exists, like atheists and militant secularists but also those who, while not professing atheism, live in practical atheism, cannot conceive of the idea of Providence.

On November 1, 1755, a terrible earthquake that registered 9 on the Richter scale struck Lisbon, the capital of the great Portuguese empire, and razed it to the ground. Lisbon was one of the most influential European centers of the Enlightenment... 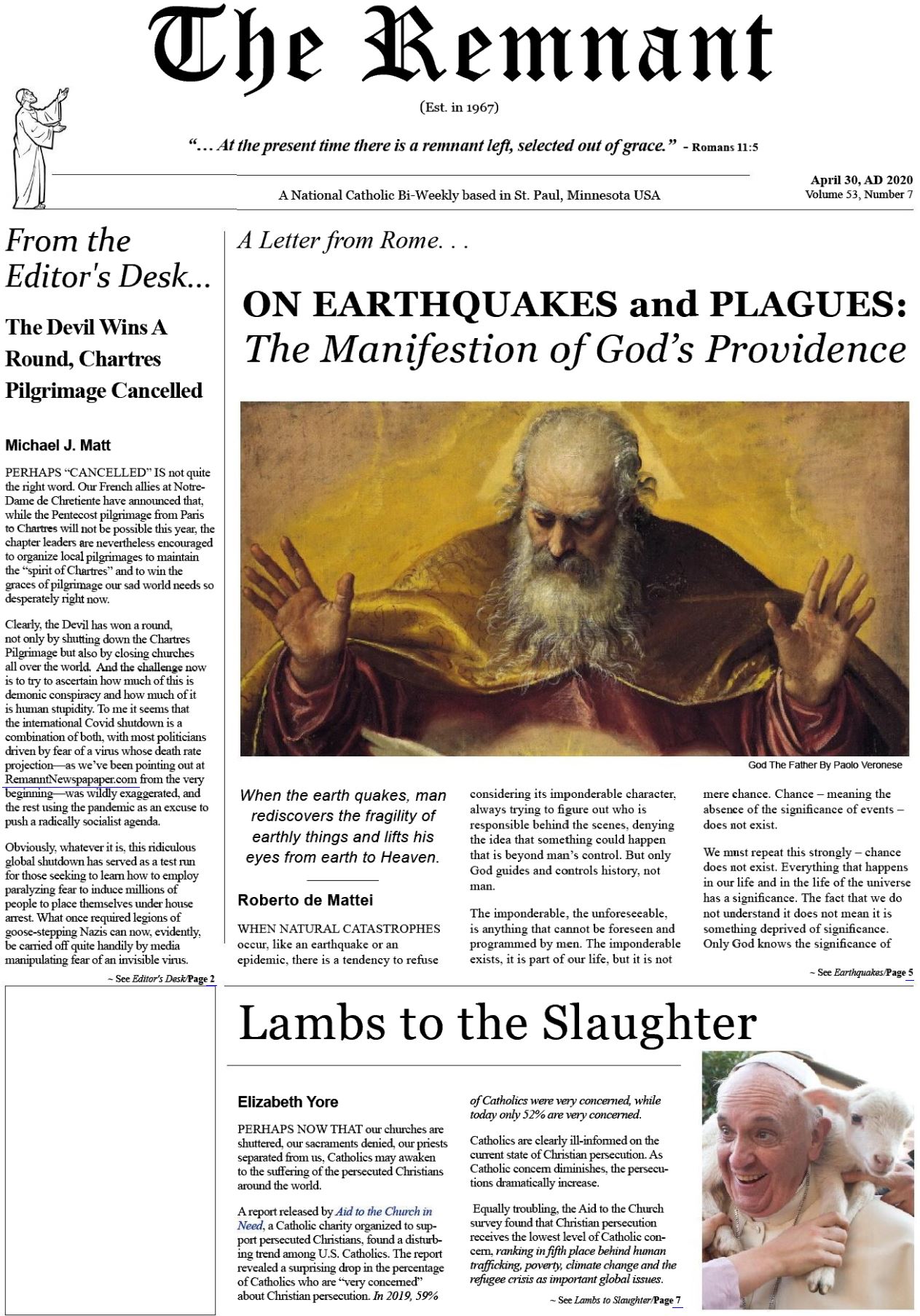 Prof. De Mattei is President of the Lepanto Foundation, as well as Founder and Director of the Lepanto Cultural Centre. He directs the magazine “Radici Cristiane” and the “Corrispondenza Romana” News Agency. He is the author of many books, that have been translated into several languages, and earned him an international reputation. Between 2003-2011 he was Vice President of the Italian National Research Council (CNR). He was also a member of the Board of Directors of the Italian Historical Institute. He is married to Rita di Campello and father of 5 children.