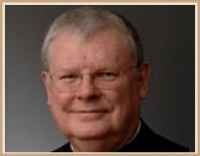 Back in March, parishioners of St. John Cantius in Chicago were shocked when a letter from Chicago’s Cardinal Blase Cupich was read at Mass, informing them that Fr. Phillips had been removed as pastor over accusations of “improper conduct” with adult males.

Cardinal Cupich wrote: “I am aware this is difficult news to receive, but the Archdiocese of Chicago is committed to ensuring those serving our parishioners are fit for ministry. Know that this decision was made after careful consideration.”

The funny thing about this is that St. John’s in Chicago celebrates the Latin Mass, and there Fr. Phillips founded the Canons Regular of St. John Cantius, a religious order that offers Mass in the Extraordinary and Ordinary Forms, focuses on “restoring the sacred,” and whose modus operandi is to “preserve and foster the devotional, musical, catechetical, and artistic traditions of the Catholic Church.”

…And Cardinal Cupich is about as liberal as it gets.

Regardless of Cupich’s motivations, after several weeks the Congregation of the Resurrection concluded its investigation of the accusations directed against Father Phillips. An announcement was sent out by the parishioners of St. John’s:

The Review Board concluded that Fr. Phillips has not violated any secular criminal, civil or canon law.

Fr. Phillips, having been exonerated thusly, and this in turn confirmed by the votum of The Rt. Rev. Gene Szarek, C.R., Ph.D. Provincial Superior of the Congregation of the Resurrection upon receipt of the Review Board Report. We now prayerfully await the response of His Eminence, Blase Cardinal Cupich, Archbishop of Chicago, for the return of our pastor.

COMMENT: Father Phillips is a well-respected Catholic priest who upholds traditional Catholic morality, stands strong in defense of marriage and is wide open to the Traditional Latin Mass. Will he be given a fair hearing and due consideration from the radically liberal Blase Cupich? Only time will tell.

[Comment Guidelines - Click to view]
The Remnant values the comments and input of our visitors. It’s no secret, however, that trolls exist, and trolls can do a lot of damage to a brand. Therefore, our comments are heavily monitored 24/7 by Remnant moderators around the country.  They have been instructed to remove demeaning, hostile, needlessly combative, racist, Christophobic comments, and streams not related to the storyline. Multiple comments from one person under a story are also discouraged. Capitalized sentences or comments will be removed (Internet shouting).
The Remnant comments sections are not designed for frequent personal blogging, on-going debates or theological or other disputes between commenters. Please understand that we pay our writers to defend The Remnant’s editorial positions. We thus acknowledge no moral obligation whatsoever to allow anyone and everyone to try to undermine our editorial policy and create a general nuisance on our website.  Therefore, Remnant moderators reserve the right to edit or remove comments, and comments do not necessarily represent the views of The Remnant.
back to top
Last modified on Friday, June 22, 2018
Tweet