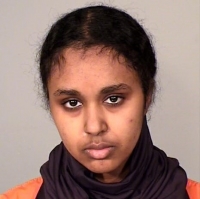 TwinCitiesPioneerPress.com recently bothered to print what looks like a nothing-burger of a story:

No injuries were reported, and the St. Paul fire and police departments are investigating. Police had no immediate information about what the motive might have been.

All but one of the fires were in trash cans, mostly in women’s restrooms, said Assistant Fire Chief Mike Gaede. The largest fire was a chair that had been set ablaze in a lounge area, which activated a sprinkler system.

“That, by far, did the most damage to the building and the area,” Gaede said. The university said in a statement that the extent of the damage is being determined, but indicated it was not major.

Officers responded to the campus at 11:40 a.m., along with firefighters, on a report of suspicious fires, according to police.

In addition to Derham Hall, the fires were found and quickly contained in Our Lady of Victory Chapel; Fontbonne and Mendel halls, which are classroom buildings; Butler Center, the fitness facility; St. Mary Hall, a dorm; and Coeur de Catherine, the student center, according to Sara Berhow, St. Kate’s spokeswoman. Two of the fires were set in Coeur de Catherine.

Campus public safety officers worked with the police and fire departments to review security footage and identified a suspect entering various buildings. At about 1:30 p.m., the suspect was found in a lounge in Crandall Hall, a dorm.

The woman, identified in a police report as Tnuza Jamal Hassan, was removed from campus at 2:35 p.m. and police arrested her on suspicion of first-degree arson.

Hassan, of Minneapolis, was a St. Kate’s student during the fall semester, but was not enrolled for January term or the spring semester, according to Berhow.

St. Kate’s is in session for students taking four-week January-term classes. The university notified their community on Wednesday about the incident via email, their emergency alert system and social media, with messages going out every 15 minutes until police gave the all-clear, Berhow said.

REMNANT COMMENT: So, there’s the PC version, but read another report of the same event, from Gateway Pundit:

Muslim Starts Six Fires at Catholic University, Including the Daycare – Says “You Guys Are Lucky I Don’t Know How to Make Bombs”

She told investigators that she wanted to "burn the school to the ground":

A former St. Catherine University student charged with setting fires on the college’s St. Paul campus told police she did it because she’d “been reading about the U.S. military destroying schools in Iraq or Afghanistan and she felt that she should do exactly the same thing,” according to a criminal complaint filed Friday.

“You guys are lucky that l don’t know how to build a bomb because l would have done that,” Tnuza Jamal Hassan, 19, of Minneapolis allegedly told investigators after being arrested Wednesday afternoon in a campus dorm lounge…

…A woman who identified herself as Hassan’s older sister — in tears outside Hassan’s first court hearing Friday — declined comment. In addition to the sister, Hassan has a mother in the area, who could not be reached for comment.

Patrick Nwaneri, an attorney retained by Hassan’s family, declined to comment on the charge but said it came as a “big shock” to the family, adding, “They are just at a loss.”

Hassan, appearing in court in a black and white hijab, gave only brief, one-word answers to questions from the judge.

According to the complaint, she told investigators she set six fires on the private Catholic university’s campus, though university and fire officials said there were eight.

The most serious fire started in Saint Mary Hall, a residential dormitory that also houses a day care. Police said there were 33 children and eight adults in the building when a chair was set ablaze — triggering the building’s sprinkler system, which prevented it from spreading.

A second fire was set at the Butler Center fitness facility in a women’s bathroom.

Police reviewed surveillance footage and saw a woman — later identified as Hassan — entering both halls just before the sprinklers activated. She was carrying a plastic shopping bag, which police later recovered. It contained a box of matches.

[Comment Guidelines - Click to view]
The Remnant values the comments and input of our visitors. It’s no secret, however, that trolls exist, and trolls can do a lot of damage to a brand. Therefore, our comments are heavily monitored 24/7 by Remnant moderators around the country.  They have been instructed to remove demeaning, hostile, needlessly combative, racist, Christophobic comments, and streams not related to the storyline. Multiple comments from one person under a story are also discouraged. Capitalized sentences or comments will be removed (Internet shouting).
The Remnant comments sections are not designed for frequent personal blogging, on-going debates or theological or other disputes between commenters. Please understand that we pay our writers to defend The Remnant’s editorial positions. We thus acknowledge no moral obligation whatsoever to allow anyone and everyone to try to undermine our editorial policy and create a general nuisance on our website.  Therefore, Remnant moderators reserve the right to edit or remove comments, and comments do not necessarily represent the views of The Remnant.
back to top
Last modified on Monday, January 22, 2018
Tweet