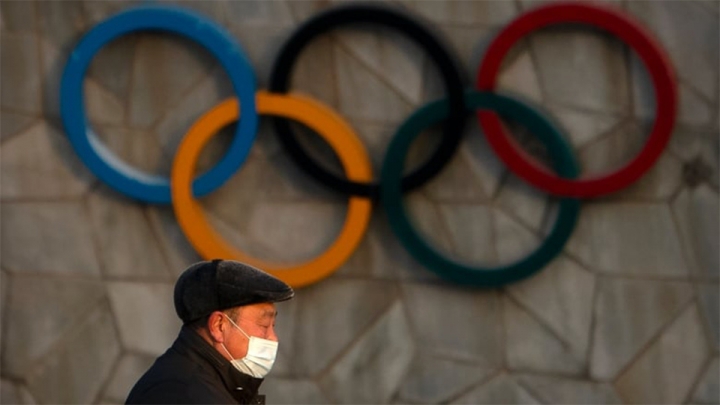 The television audience for the 2022 Beijing Olympic Winter Games resembled a Joe Biden rally. This is no surprise as the Tokyo Summer Olympic Games made for the worst ratings since NBC first began broadcasting them in 1988.

Running counter to the Olympic spirit, the games have been politically hijacked.  The Olympics lost its way after the 1972 Summer Games in Munich, West Germany with the Israeli massacre. The governing body is corruption personified, while half the competing countries use their doped-up athletes as nothing more than public relations fodder.

The latest version provided an international stage for the unholy tripartite of NBC, the International Olympic Committee (IOC) and China’s Communist Party (CCP). NBC is a left-wing political subdivision of the Democrat Party. The IOC followed the playbook of the World Health Organization that refused to hold the CCP accountable in the COVID pandemic by allowing them to host the games and ignore their competition rules.

China is about slave labor and authoritarian rule, and gave the world COVID-19 while they lied, covered up, and blocked any investigation of the pandemic.

U.S. citizens Eileen Gu and those 16 Americans who played hockey for China is such a violation. Americans competing for any country other than the U.S. is patriotic sacrilege. Perhaps they all need to live the rest of their lives in the Middle Kingdom.

Then there is the 15-year-old Russian skater Kamila Valieva, who was permitted to compete after she failed a drug test. How much was the IOC bribed to award China the games?

China is about slave labor and authoritarian rule, and gave the world COVID-19 while they lied, covered up, and blocked any investigation of the pandemic. Not to mention their repugnant disregard for human rights and international law, while being the foundation of the Biden family fortune. This malfeasance runs counter to good ratings.

Lousy television, debauched politics, cheating in events you have never heard of where officials judge on politics rather than athletic ability sounds like a new Netflix series?

Indifference was reflected in a poll conducted by the News-Item when nearly two-thirds said they didn’t watch any of the games.

The opposite of love is not necessarily hate but indifference. Such indifference was reflected in a poll conducted by the News-Item when nearly two-thirds said they didn’t watch any of the games.

Once upon a time in America, the Olympics were a must watch event where compelling amateurs battled for patriotic glory like in 1980, when the U.S. hockey team prevailed over the Soviets at the height of the Cold War.

Today, multimillion-dollar pro athletes and corporate sponsorships rule the games that are immersed in politics and propaganda and are no longer a welcomed distraction, but a blatant manifestation of them.

Without American broadcast revenue and commercial investment there are no Olympics. All those American woke companies and their media allies dismissed China’s ongoing ethnic genocide.

Seeking political direction from athletes and Hollywood is like panning for gold in a dumpster.

Moreover, given the assorted internet platforms, it is easier to watch the games piecemeal and at your convenience. That is, if you really care.  One friend who actually watched some summarized the games saying, “NBC: Nothing But Commercials.” He also said there was no truth about the U.S. bobsled team naming their sled “Biden” as nothing has gone downhill faster. He admitted that there is only so much curling, skiing and team skating that resembles a roller derby that one can watch that included more than its share of political messaging.

Seeking political direction from athletes and Hollywood is like panning for gold in a dumpster. They need to stay in their lane and entertain and cease the lecturing.

Tonya Harding encouraging our Olympians to “break a leg” was in poor taste but what did you expect? The most telling quote belonged to another skater in 17-year-old Russian Alexandra Trusova, who won silver saying: “I hate this sport!”

She should be awarded gold for most honest.

Why not give the next winter games to Russia who could host them in Siberia where the skiers could do their thing between the gulags. What about having the Mexican drug cartels host? At least, the cartels’ body count is less than the CCP and they have more money.

It is long past time for the Olympics to find a permanent site for the summer and winter games where random and independent supervised drug testing is the norm.

Until then, you can continue to spell Olympics: C-O-R-R-U-P-T.

[Comment Guidelines - Click to view]
The Remnant values the comments and input of our visitors. It’s no secret, however, that trolls exist, and trolls can do a lot of damage to a brand. Therefore, our comments are heavily monitored 24/7 by Remnant moderators around the country.  They have been instructed to remove demeaning, hostile, needlessly combative, racist, Christophobic comments, and streams not related to the storyline. Multiple comments from one person under a story are also discouraged. Capitalized sentences or comments will be removed (Internet shouting).
The Remnant comments sections are not designed for frequent personal blogging, on-going debates or theological or other disputes between commenters. Please understand that we pay our writers to defend The Remnant’s editorial positions. We thus acknowledge no moral obligation whatsoever to allow anyone and everyone to try to undermine our editorial policy and create a general nuisance on our website.  Therefore, Remnant moderators reserve the right to edit or remove comments, and comments do not necessarily represent the views of The Remnant.
back to top
Last modified on Wednesday, February 23, 2022
Tweet

More in this category: « The Perfect Bishop’s Response to Traditionis Custodes The Stampede of the Green Lemmings »