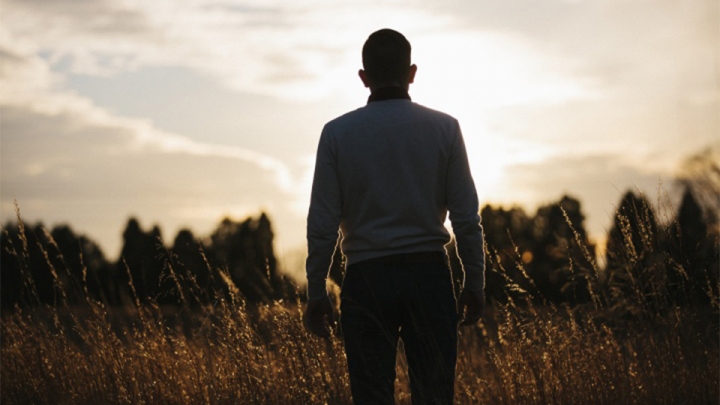 Of news headlines it is said: “Dog Bites Man”—that’s not news; “Man Bites Dog”—that’s news! The mundane is not news. Similarly, that which unites us is not news; that which divides us is. What is the one mundane thing that unites us all? Sin. We write headlines about the unusual sins that others commit, not the mundane ones that plague most of us.

And so I salute Kennedy Hall for his recent Crisis article, “Fighting the Demon of Pornography”, in which he called us to recognize that demonic habit for the great danger that it is and, for those of us who find ourselves in its grips, to respond accordingly; that is, to respond with measures drastic enough to be equal to the task.

And concerning our broken culture, the same article states:

Enough is Enough, a website that claims to be “Making the internet safe for children and families”, has created a grim list of statistics concerning the pornography viewing habits of minors.

It is impossible to do justice to the subject of pornography without pointing out that it nearly universally ushers in this even greater evil: this slavery of sexual self-abuse. Sexual self-abuse, a very accurate term, is not one used much these days. Perhaps no one puts this term into better context than C. S. Lewis:

The complete disintegration of man requires complete integration in his sinning. Sexual self-abuse harnesses the entire human—the mind, the will, the senses, the emotions, the hormones, the passions, the soul—and focuses them on an ethereal substitute for the natural love and desire for a real mate. The will, of course, ceases to be the will, as the slave suffers greater and greater dehumanization.

Where are the brave knights, the fathers in the faith, who will stand against this insanity; who will preach the truth to scoffers?

But who will steer the culture ship in the other direction if not the Church? Our beacon, as true as ever, seems more and more to be hidden beneath a bushel basket. Throughout the 1970s and 80s the mantra of the media and of the dark side of academia reverberated everywhere: Pornography and masturbation are “crimes without victims”. A coworker at the time told me that, “Sex is like candy. Kids who aren’t allowed to eat it, when given the opportunity, eat until they’re sick. But kids who have access to it all the time just eat a little once in a while, because for them it’s no big deal.”

So, how’s that philosophy working out? And if it did work, would any of us really want sex to be “no big deal?” I think that my former coworker spoke more truth than he could have known, for the embrace of sexual acts devoid of intercourse with the complementary gender has, indeed, rendered sex no big deal—as testified to by a plague of sexless marriages.

…spiritual intercourse with God is the ecstasy hinted at in all earthly intercourse, physical or spiritual. It is the ultimate reason why sexual passion is so strong, so different from other passions, so heavy with suggestions of profound meanings that just elude our grasp. No mere practical needs account for it. No mere animal drive explains it. No animal falls in love, writes profound romantic poetry, or sees sex as a symbol of the ultimate meaning of life because no animal is made in the image of God. Human sexuality is that image, and human sexuality is a foretaste of that self-giving, that losing and finding the self, that oneness-in-manyness that is the heart of the life and joy of the Trinity. That is what we long for; that is why we tremble to stand outside ourselves in the other, to give our whole selves, body and soul: because we are images of God the sexual being. We love the other sex because God loves God.

That is what we’re losing. Evil is always reductive. It reduces to "no big deal" the things that are absolutely a very big deal. It’s hard to imagine the woman who wrote the magazine article mentioned above writing poetry about her self-pleasuring break from routine. Evil is always and everywhere the death of romance. Many modern movies termed “romantic comedies” are neither romantic nor any laughing matter given the depravity of their casual treatment of the sexual embrace.

We are not what we should be to others when are not true to ourselves; when we are not molding ourselves in the image of our Creator.

Pornography must be resisted, and far from being the mere tip of the iceberg, it is a very bedazzling snare, the gateway to sexual self-abuse—the loss of one’s sexual identity; indeed, the gateway to the absorption of one’s self into nothingness. Men, gifted as we are with an extreme sensitivity to visual sexual stimulus, are demonstrably more vulnerable in this regard than women, many of whom have become totally insensitive to male sensitivity.

Enough is Enough, a website that claims to be “Making the internet safe for children and families”, has created a grim list of statistics concerning the pornography viewing habits of minors. But what of the viewing habits and attitudes of their first teachers, their parents? What is it about the current state of marriage in our culture that would indicate to children that there is a sacredness to sexuality? They have been born into a world where adults are not adults, and children are not allowed to be children.

The teachings of the Church in this matter are clear, perennial, and unwavering. Where are the brave knights, the fathers in the faith, who will stand against this insanity; who will preach the truth to scoffers—standing up to the Oprahs and the masturbation-promoting sex-ed gurus of the world—and take the consequences that come with proclaiming that truth? Precocious sexualization is an unfailing barometer of societal decay. Where are the parents who will grow up so that their children can be children?

[Comment Guidelines - Click to view]
The Remnant values the comments and input of our visitors. It’s no secret, however, that trolls exist, and trolls can do a lot of damage to a brand. Therefore, our comments are heavily monitored 24/7 by Remnant moderators around the country.  They have been instructed to remove demeaning, hostile, needlessly combative, racist, Christophobic comments, and streams not related to the storyline. Multiple comments from one person under a story are also discouraged. Capitalized sentences or comments will be removed (Internet shouting).
The Remnant comments sections are not designed for frequent personal blogging, on-going debates or theological or other disputes between commenters. Please understand that we pay our writers to defend The Remnant’s editorial positions. We thus acknowledge no moral obligation whatsoever to allow anyone and everyone to try to undermine our editorial policy and create a general nuisance on our website.  Therefore, Remnant moderators reserve the right to edit or remove comments, and comments do not necessarily represent the views of The Remnant.
back to top
Last modified on Tuesday, February 1, 2022
Tweet

Hailing originally from the North Dakota Red River Valley, Jerome German is a retired manufacturing engineer, husband, father of eleven, and grandfather of a multitude. His parochial activities have included music ministry, faith formation, and spiritual direction/talks for men’s retreats. Along with his wife-for-life, he winters on the Riviera Maya and summers in beautiful western Wisconsin. He contributes articles to The Remnant Newspaper and Crisis Magazine.

More in this category: « Another Marine Reporting Biden’s Briar Patch »