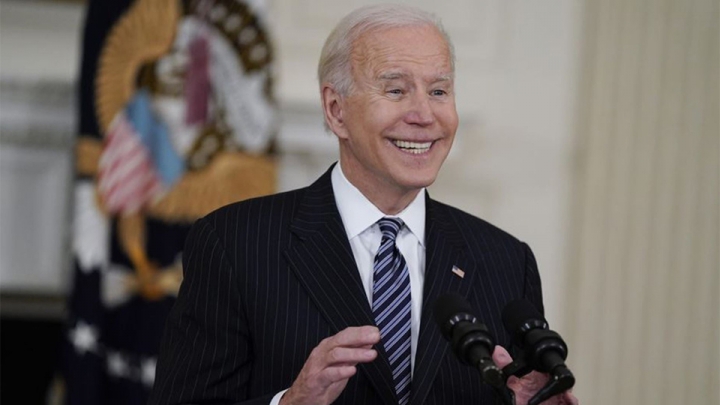 The Orwellian headline that New York will dispense medical treatment to those suffering from COVID by racial preference was just another sign of the times.

New York endangered thousands of elderly nursing home patients in 2020 and now this. How is this not government-sponsored racism? If they are so concerned with life-expectancy via racial equity perhaps mandatory euthanasia of whites over 80 is something the Margaret Sanger branch of the Democrat party needs to pursue.

Dominating the New York metro area and thus the state, Democrats have no issue with reinforcing just how far we are removed from Martin Luther King’s dream of not judging someone by the color of their skin as the nation regresses.

Medical care must be based on need, not race, or some unscientific cultural standard of the political zeitgeist.

Under such policy, a white person can be denied lifesaving COVID treatments

Democrats opposed freeing the slaves and founded the KKK, resisting Republicans trying to establish racial equality to blacks throughout the south. Today, Democrats have come full circle, from being racist to opposing racism, and now insisting upon it. Moreover, Democrats believe America’s traditional values are not worth defending at home or abroad.

Medical care must be based on need, not race, or some unscientific cultural standard of the political zeitgeist.

If you view life through the prism of race, as Democrats do, justifying race-based policies is in their DNA. Racism is their creed. They promote the canard that differences in COVID outcomes by racial groups are the result of a racist health care system. Differences like higher rates of diabetes, obesity, and hypertension are outright dismissed.

What about folks that self-identify as minorities even though they look white?

Using race to allocate medical treatment is reprehensible and unconstitutional. Such behavior is straight out of the 1930’s Germany or any other fascist, communist, and Marxist utopian paradise.  This is what the woke, Critical Race Theory movement is about. How any physician could partake in such malicious behavior is beyond reproach.

What about folks that self-identify as minorities even though they look white?

Proclaiming whatever race obtains you preferential treatment is playing the Sen. Elizabeth Warren card, who identifies as a Native American. It is illegal to require genetic proof or subject you to genetic testing. Congress passed such legislation believing racists would use genetic tests to discriminate against non-whites. The left will now have to repeal such laws since it is racist to ignore race.

While Democrats deny that true diversity is socioeconomic, and not race, their behavior only serves to divide and metastasize into unintended consequences.

For Democrats, the Civil Rights Act of 1964, nor the equal protection clause of the Constitution’s 14th Amendment fails to matter. Welcome to government regulated healthcare where all decisions will be made via political fiat.

While Democrats deny that true diversity is socioeconomic, and not race, their behavior only serves to divide and metastasize into unintended consequences. Dani Demarchi said on Twitter: “When one attempts to achieve equality and justice by distorting reality, inequality and injustice are never eliminated, just relocated.”

With thanks to such bigoted and ignorant policies, some very dangerous precedents are being established. If the legislatures won’t end anti-white racism, then the courts must.

Leftists have embraced the idea that the solution to past racism is reverse racism, which only breeds resentment, injustice and reinforces division.  We need to end discrimination; not re-establish it with new victims of a different race. Isn't that what we were hoping to achieve a few decades ago?

Democrats conflate correlation with causation. Correlations can be found most anywhere. But until you can prove causation, no case for discrimination exists.

In retrospect, Biden is the ideal president for the party of decay and decline.

The great irony is under Democrats, the northeast part of the nation is devolving into the old south with a declining population, stagnant economy, and now racism. Republican run states are growing while Democrat governed states are declining. In retrospect, Biden is the ideal president for the party of decay and decline.

Democrats expound on the horrors of systemic racism while supporting and encouraging what they claim to abhor. Democrats believe in democracy as long as everyone thinks the same way.

To Democrats the social sciences are nothing more than leftist posturing, propaganda and virtue signaling.

Provided the factual data is reported, truth and freedom shall ring.

Catch the Latest from Remnant TV — THE GODLESS AGENDA: From Davos to the Vatican

[Comment Guidelines - Click to view]
The Remnant values the comments and input of our visitors. It’s no secret, however, that trolls exist, and trolls can do a lot of damage to a brand. Therefore, our comments are heavily monitored 24/7 by Remnant moderators around the country.  They have been instructed to remove demeaning, hostile, needlessly combative, racist, Christophobic comments, and streams not related to the storyline. Multiple comments from one person under a story are also discouraged. Capitalized sentences or comments will be removed (Internet shouting).
The Remnant comments sections are not designed for frequent personal blogging, on-going debates or theological or other disputes between commenters. Please understand that we pay our writers to defend The Remnant’s editorial positions. We thus acknowledge no moral obligation whatsoever to allow anyone and everyone to try to undermine our editorial policy and create a general nuisance on our website.  Therefore, Remnant moderators reserve the right to edit or remove comments, and comments do not necessarily represent the views of The Remnant.
back to top
Last modified on Monday, January 17, 2022
Tweet

More in this category: « To Our Better Angels: An Urgent Appeal from One of Last Year’s Frontline Heroes Another Opinion on Pope Francis and Cancel Culture »