Why We Can't Skip Ember Days 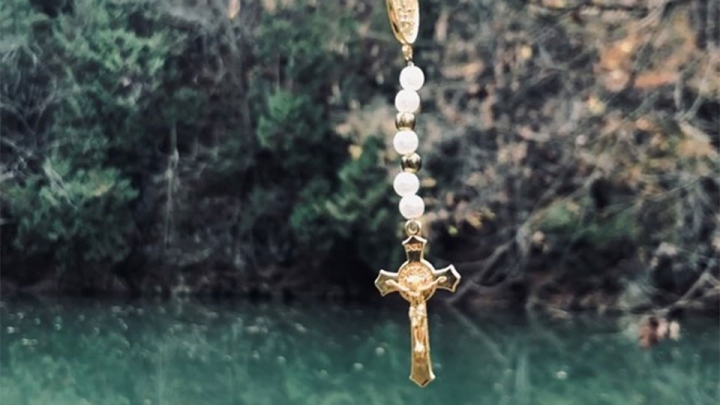 The next Ember Days are March 9, 11 and 12: a time which the Catholic Church sets aside for prayer and penance in each season. This involves fasting and partial abstinence on Wednesday and Saturday, with fasting and complete abstinence on Friday. These days come with special masses, and the mass of Saturday is significantly longer than usual. The penance of Ember Days, while no longer legally binding, is done for the sanctity of priests and for more priests. Traditionally, ordinations would take place on Saturday of Ember Week.

Given the fact that Ember Days are no longer binding, is it any wonder why we have a clerical crisis?

For some of our readers, this article might be the first time you’ve ever heard of Ember Days. That fact underscores one of the many problems we face in the Church today: if a penance isn’t mandatory, we’re not doing it. When Paul VI allowed for penance in place of abstinence from meat on Fridays, many people simply ate meat and didn’t do any other penance. Hardly anyone still observes the old Lent, which entails fasting and (at least) partial abstinence every day except Sundays. And canonically speaking, you can handle McDonald’s and then receive the Holy Eucharist in the same greasy hands an hour later. Ba Da Ba Ba Bah, God’s not lovin’ it.

Given the fact that Ember Days are no longer binding, is it any wonder why we have a clerical crisis? And I’m not just talking about heinous acts against the sixth and ninth commandments; many priests have very limited confession times, do not preach the truth from the pulpit, believe there is salvation outside the Church, and are offering a mass crafted by six Protestants and a suspected Freemason. There are still traditional priests, but they undergo intense persecution from the hierarchy. Pope Francis and most bishops want them to either conform to the New Mass or cease to exist.

Pope Francis and most bishops want traditional priests to either conform to the New Mass or cease to exist.

With all this in mind, it should be clear that, no matter what canon law says, we can’t skip Ember Days. It’s so easy to complain about the long drive to the TLM, the latest papal heresy on a plane, etc., but if you’re not doing anything to spiritually aid our priests, you’re clearly not that serious. The priest imitates Christ; he offers his breviary, Mass, penance, sacraments, and ultimately his life, for the salvation of your soul. What young man would want to offer his life for laity who won’t even offer three days of penance for him? A holy young man, that’s who. But he deserves all the more penance from us.

If you have a great priest, offer the Ember Days for him. If you aren’t so fortunate, use the Ember Days to beg God to raise up the next Padre Pio. As Catholics, we fast so that, not relying on earthly goods, we might be properly disposed to receive spiritual goods. In the words of St. John Vianney, “A priest goes to Heaven or a priest goes to Hell with a thousand people behind.” Therefore, pray for your priest as though your soul depends on him, because it does.

[Comment Guidelines - Click to view]
The Remnant values the comments and input of our visitors. It’s no secret, however, that trolls exist, and trolls can do a lot of damage to a brand. Therefore, our comments are heavily monitored 24/7 by Remnant moderators around the country.  They have been instructed to remove demeaning, hostile, needlessly combative, racist, Christophobic comments, and streams not related to the storyline. Multiple comments from one person under a story are also discouraged. Capitalized sentences or comments will be removed (Internet shouting).
The Remnant comments sections are not designed for frequent personal blogging, on-going debates or theological or other disputes between commenters. Please understand that we pay our writers to defend The Remnant’s editorial positions. We thus acknowledge no moral obligation whatsoever to allow anyone and everyone to try to undermine our editorial policy and create a general nuisance on our website.  Therefore, Remnant moderators reserve the right to edit or remove comments, and comments do not necessarily represent the views of The Remnant.
back to top
Last modified on Thursday, February 10, 2022
Tweet
More in this category: « Why it is Licit to Resist Traditionis Custodes To Our Better Angels: An Urgent Appeal from One of Last Year’s Frontline Heroes »