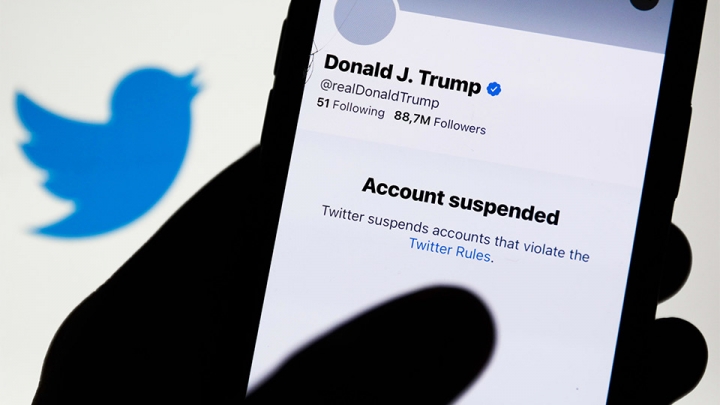 Statement by Donald J. Trump, 45th President of the United States of America, on a Recent Update in His Class Action Lawsuit Against Big Tech

The American people, and truth itself, are under attack by Big Tech’s unlawful and Communist-style censorship. We filed a historic class action lawsuit because every American deserves to have their First Amendment Rights protected, not destroyed by leftist radicals in Silicon Valley. Since announcing this lawsuit, over 85,000 stories have been shared by Patriots around the Country who know their voices are being silenced and freedoms restricted—and they have joined the suit. We have continued this effort with the filing of a Motion for Preliminary Injunction. We must fight back. They are destroying our Country. There is nothing more important than our right to free speech.

[Comment Guidelines - Click to view]
The Remnant values the comments and input of our visitors. It’s no secret, however, that trolls exist, and trolls can do a lot of damage to a brand. Therefore, our comments are heavily monitored 24/7 by Remnant moderators around the country.  They have been instructed to remove demeaning, hostile, needlessly combative, racist, Christophobic comments, and streams not related to the storyline. Multiple comments from one person under a story are also discouraged. Capitalized sentences or comments will be removed (Internet shouting).
The Remnant comments sections are not designed for frequent personal blogging, on-going debates or theological or other disputes between commenters. Please understand that we pay our writers to defend The Remnant’s editorial positions. We thus acknowledge no moral obligation whatsoever to allow anyone and everyone to try to undermine our editorial policy and create a general nuisance on our website.  Therefore, Remnant moderators reserve the right to edit or remove comments, and comments do not necessarily represent the views of The Remnant.
back to top
Tweet
More in this category: « Wokeness NFL Style Hope Down Under? Australian Bishops Slow to Implement Traditionis Custodes »