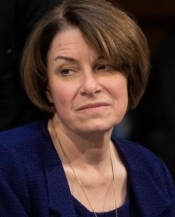 Everyone knows an Amy Klobuchar. Perhaps she is your neighbor, cousin, sister, or pseudo Facebook bestie. You certainly are acquainted with a co-worker like her; the one who will praise you in public, but as soon as you leave the room, she flays you quicker than a freshly caught fish.

Recently, The Wall Street Journal featured a couple of editorials on this rising Democratic presidential contender.  One of them juxtaposed her to the party’s last presidential standard bearer, Hillary Clinton.  She is “Hillary Clinton without the snark and baggage” claiming that Klobuchar could very well headline the 2020 Democratic ticket, or at least round it out as the vice presidential nominee.

Prior to the New Hampshire primary, the seven Democratic candidates were thrown a surprisingly unorthodox question during the debate: “Is anyone on the stage concerned about having a democratic socialist on the top of ticket?”  Sheepishly Klobuchar raised her hand, followed by of all people, Bernie Sanders.  Perhaps this was Sander’s woeful attempt at humor. 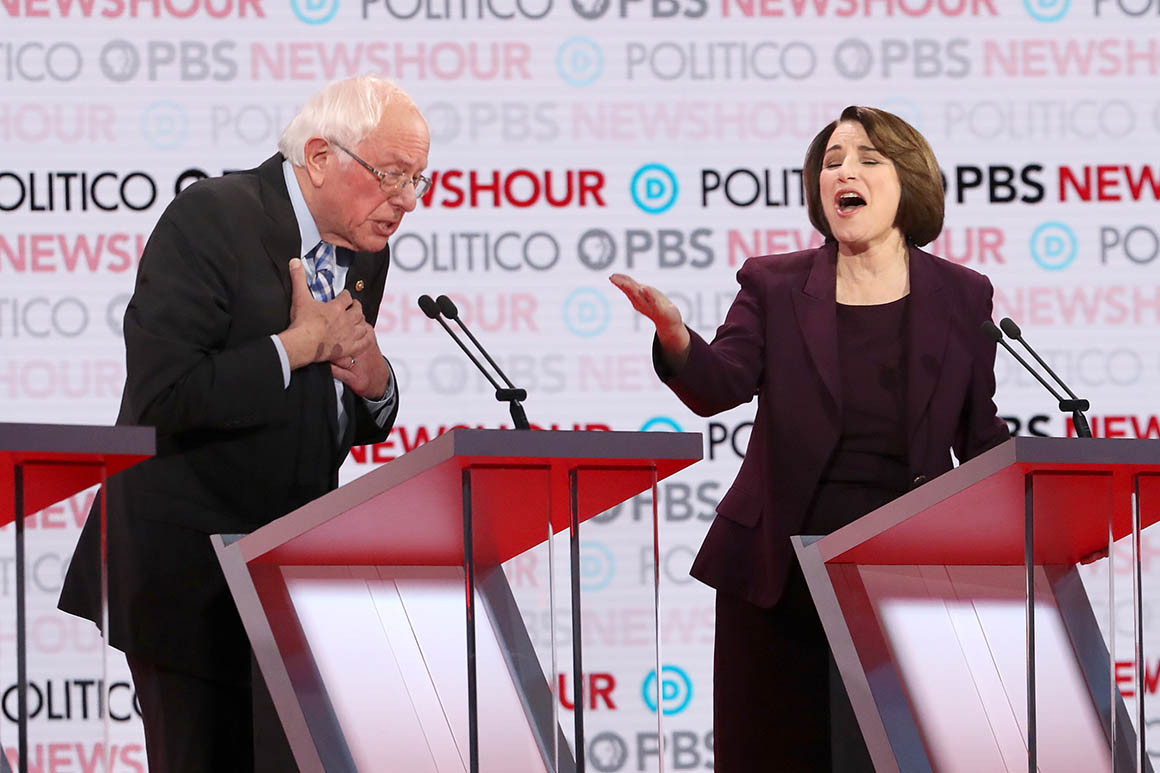 Bernie and Amy at the Democratic primary

Sanders then pronounced all the delegates on stage were pro-abortion and no one disagreed.  Klobuchar can say anything she wants, especially after the fact, but she does not stand for life.  Moreover, she supports taxpayer funding of Planned Parenthood and other abortion providers. It’s obvious she needs the votes but has no intention of respecting pro-life views.

Surely, Klobuchar saw it as her opportunity at establishing herself as a more moderate candidate, something that is sorely lacking within the present field. The Democratic power brokers know all too well that having a socialist like Bernie Sanders at the top of their ticket would be a 1972 rematch of George McGovern against Richard Nixon.

It was the first presidential election I can recall as it occurred the week of my 10th birthday.  I remember having to poll people as part of a social studies class and no one that I spoke with supported McGovern in our working class New York neighborhood.  Nixon would go on to a landslide victory winning 49 states.

Klobuchar’s reputation as another queen of mean is well documented. Her staff has the highest turnover rate on Capitol Hill. A “get off my White House lawn, you deplorable and take your little dog with you” disposition that is anything but forthcoming and certainly Clintonian.

Also like Clinton, any semblance of authenticity is lost on Klobuchar and remains something that can’t be underestimated, especially in politics.  Say what you want about President Trump, but he possess that outer-boro New York City temperament that is real, straightforward and raw.  I spent my formative years surrounded by such talent.

In the summer of 2018, Klobuchar pulled no punches in attacking Supreme Court Justice Kavanaugh at his confirmation hearings all the while knowing that it was pure politics demonstrating a complete void of ethics.  If that wasn’t enough, she also voted against Justice Gorsuch’s confirmation.

Klobuchar preaches an unrealistic and unsustainable socialist nirvana that includes unrestricted abortion, elimination of the Electoral College, limited energy production through the auspices of The Green New Deal, and increased taxation.

Moreover, she was an enthusiastic participant in the impeachment coup which attempted to overturn the will of 63 million voters without just cause.  She would love to eviscerate the 2nd Amendment, while providing free health care for illegals.

Klobuchar has no executive experience all the while trying to pour herself into the liberal mold of her Minnesotan liberal predecessors: Hubert Humphrey and Walter Mondale.  Both of whom never obtained the White House, but did serve as vice presidents.

No matter how the media wants spin it, Klobuchar is another lefty who is only interested in power, and not the rule of law.  She would be a pawn in the hands of the D.C. bureaucratic swamp of lobbyists, lawyers and party advocates turning like a weather vane however the cash flow blows.

It’s not what you say; it’s what you do.

[Comment Guidelines - Click to view]
The Remnant values the comments and input of our visitors. It’s no secret, however, that trolls exist, and trolls can do a lot of damage to a brand. Therefore, our comments are heavily monitored 24/7 by Remnant moderators around the country.  They have been instructed to remove demeaning, hostile, needlessly combative, racist, Christophobic comments, and streams not related to the storyline. Multiple comments from one person under a story are also discouraged. Capitalized sentences or comments will be removed (Internet shouting).
The Remnant comments sections are not designed for frequent personal blogging, on-going debates or theological or other disputes between commenters. Please understand that we pay our writers to defend The Remnant’s editorial positions. We thus acknowledge no moral obligation whatsoever to allow anyone and everyone to try to undermine our editorial policy and create a general nuisance on our website.  Therefore, Remnant moderators reserve the right to edit or remove comments, and comments do not necessarily represent the views of The Remnant.
back to top
Last modified on Friday, February 21, 2020
Tweet

More in this category: « Querida Amazonia: Syncretizing Smoke and German-tinted Mirrors TRADITION DEFENDED: An Unlikely Apologist for the Latin Mass »