Written by  Remnant Correspondent in India
Rate this item
(13 votes)

Greetings in the name of the Lord. After a long break, I am once again writing to you from India. I have attached the link to a photograph appearing in the New Indian Express daily published from the south Indian state of Kerala pertaining to the violation of the first commandment.

It shows a Ramayana (an epic as well as a holy book of the Hindus) recital event hosted by the Chavara Cultural Centre, which  is an institution run by the Carmelites of Mary Immaculate (CMI)  congregation. The recital corresponds with the month of Karkidakam of the Hindu almanac when the text is read in all temples and Hindu houses. The CMI fathers are gung ho about hosting such events and even bringing in nuns and priests to take part in it. The priest shown in the photograph is Fr Paul Thelekat, who often appears on Kerala news channels to clarify issues related to the Church.

Post Vatican II, the CMI has become very powerful in India, with branches in Europe, America and Africa and they have started delving into paganism, occult and all sorts of garbage, sidelining the Catholic truths taught by their founder, St Kuriakose Chavara, who is the first male religious from Kerala to be canonised. They run a host of colleges, including a prominent university, where all sorts of syncretism is practised with aplomb.


They are the richest congregation in India--the money is mainly sourced from donations from Europe and US as well as salaries of their clergy employed in priest-deficient dioceses in the West. Thanks to their affluence and clout in the Vatican curia, they are a force to reckon with. Even the local bishops are afraid of them. For that matter, even the bishops are no better as they, too, run the show like mafia bosses. I shall be sending you another article on the recent spurt in sexual scandals involving priests and bishops and some of which involve using the confessional seal to lure the victims. It has created a furore in the media in the state of Kerala.

Check out the full story here:

I wish to remain anonymous as the powerful prelates and clergy do not hesitate to finish off dissenting traditional Catholics. 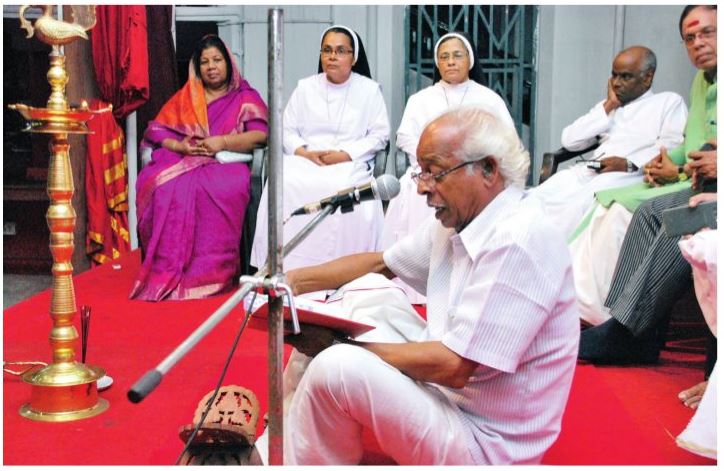 [Comment Guidelines - Click to view]
The Remnant values the comments and input of our visitors. It’s no secret, however, that trolls exist, and trolls can do a lot of damage to a brand. Therefore, our comments are heavily monitored 24/7 by Remnant moderators around the country.  They have been instructed to remove demeaning, hostile, needlessly combative, racist, Christophobic comments, and streams not related to the storyline. Multiple comments from one person under a story are also discouraged. Capitalized sentences or comments will be removed (Internet shouting).
The Remnant comments sections are not designed for frequent personal blogging, on-going debates or theological or other disputes between commenters. Please understand that we pay our writers to defend The Remnant’s editorial positions. We thus acknowledge no moral obligation whatsoever to allow anyone and everyone to try to undermine our editorial policy and create a general nuisance on our website.  Therefore, Remnant moderators reserve the right to edit or remove comments, and comments do not necessarily represent the views of The Remnant.
back to top
Last modified on Saturday, July 22, 2017
Tweet
More in this category: « “Sin is Bad” and Other Complicated Notions The Last Word: GOOGLE EYES WATCH YOU »