Not Your Grandmother's Missionaries of Mercy Featured 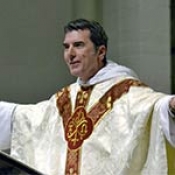 A while back I did a thing on my own mean and nasty blog about how the whole Missionaries of Mercy thing is a sham and a publicity stunt.

"If you just took the word of the official propaganda of the regime … you would imagine pretty easily that there must be lots and lots of these fancy sins, and that until Perp Francers priests mostly just molested teenagers and extorted money out of little old widows in exchange for imaginary indulgences.

"Francis blithers incomprehensibly and leaves the job of telling us what’s really going on to his chosen minions. Here’s buddy to give the whole game away in one phrase: ‘…to welcome those who have been hurt by the Church…’

"There it is, the whole purpose of the affair. The Church is the bad guy. It’s not people who desecrate the Eucharist, or abort babies or vote for shiny new euthanasia laws. It’s the Church being mean. And it’s only been Pope Francis who has finally, finally begun to admit this and turn things around..."

Here we are a month later, and people are still wondering what the whole “Missionaries of Mercy” thing is really about. (Other than just another one of Francis’s weird little feel-good photo-op publicity stunts. As our friend Ann Barnhardt has said many times, it is clear that nearly everything Francis does is about Francis, first and last.)

It has been demonstrated many times, by me and Mike Matt and Chris Ferrara and a bunch of other ingrates, who are obviously Bad People, that it has nothing to do with any canonical reality. But even if we don’t really know exactly what Missionaries of Mercy are actually for, we can now be sure of at least one thing they’re not for: promoting doctrinal or moral orthodoxy or, you know, the Rules.

The names are starting to be revealed, often with some helpful local press coverage. Thank God for the innernet, is all I can say, and for the incredible tenacity of the stuff from the deep and ancient past. Stuff just sticks to the internet, limpet-like, never to be let go. Which can be useful.

Aaaaall the way back in 2002, one good gentleman was quoted by the press thus: “I’m 47 years old. I’m divorced. I’m a recovering alcoholic. I’m gay!” He declined to add, “I also spent my formative years as a homosexual activist, fighting for the demolition of the Christian dispensation in the moral and legal realms. Oh, and I want to be ordained in the Dominican order.”

“It is a huge honor, but it’s not about me or the other missionaries. I, in my way, am called to be a witness and sign of that mercy.”

Way, way WAY back in 2002, the Catholic orthodoxy watch-group, Roman Catholic Faithful, issued the following warning that perhaps Mr. Baikauskas was not really that desirable a candidate for the Dominican order:

Citing a 1961 Vatican directive which declared that "advancement to religious vows and ordination should be barred to those who are afflicted with evil tendencies to homosexuality or pederasty" as well as a more recent declaration from Rome which states that admitting homosexual men to the priesthood is "absolutely inadvisable," "very risky" and further added that men with homosexual tendencies are "not fit" to receive the sacrament of Holy Orders, Stephen G. Brady of the Roman Catholic Faithful called upon Archbishop Justin Rigali of St. Louis to expel Patrick Baikauskas from the Dominican Order of Preachers at St. Dominic priory on the campus of St. Louis University. Baikauskas, 50, was recently showcased in a 5-page Illinois Times spread, which highlighted his history of homosexual activism, his divorce, his homosexual relationship with a "partner" who subsequently died of AIDS, his battle with alcoholism, and his eventual admission to the Dominican priory.

I dunno what the problem is. He sounds like a posterboy for the new Franciscan dispensation. Who are we to judge, right? And anyway, 2002 is ancient history, amirite?

And he’s even pro-life! Here’s the disapproving little blurb announcing his (R) candidacy for the Congressional seat held by Dick Durbin in 1996: “Patrick Baikauskas, 43, an openly gay candidate and supporter of homosexual rights, backs a tough welfare-to-work policy, opposes mandated affirmative action and calls for a constitutional amendment to overturn the landmark Roe v. Wade decision upholding a woman’s right to an abortion.”

And who is Stephen Brady and Roman Catholic Faithful anyway?

Oh, you remember. He was that nutjob who started saying way back in the mid-nineties that there was a huge number of homosexual priests who were sexually molesting adolescent boys on the sly, and that there was a massive cover-up by their bishops who were often colluding because of their own homosexuality. Really... whoever believes that sensationalistic stuff. Right?

RCF’s interesting ancient history of the now-Fr. Baikauskas continues: “...a native of Springfield, Illinois and was a prominent voice in the homosexual wing of the Republican party.”

“Mr. Baikauskas is openly homosexual. There is no argument on earth that should convince any prelate that he should be ordained.”

Roman Catholic Faithful told Archbishop Justin Rigali that they were going to TOTally write. some. letters. To ROME! And even have a letter-writing CAMPAIGN! To ROME! And stuff. I bet they even got up a petition!

But he probably repented of his former lifestyle and devotion to the LGBT cause, right? Of course he did. How else could he possibly have been ordained?

A 2003 article in the Illinois Times said that Brady had “accepted the likelihood that Baikauskas will one day be ordained.”

“He’d still like Baikauskas to publicly renounce his ‘gay activist past’ and embrace the Catholic teaching on homosexuality, which accepts the orientation but forbids the lifestyle.”

But the then-Mr. Baikauskas responded, “I am not sure what he wants me to denounce.”

“My working for services for people living with AIDS? My working to secure equality in the workplace and housing for gay men and women? The church is not against these things. Neither is the church opposed to people being in love. So I cannot denounce any of those things.”

And anyway, how could they have known? That was before Pope Benedict had signed that document, the one about how men with “deep-seated homosexual tendencies” are to be excluded from the priesthood due to their “affective” disorder.

See, that was the Then-Church. This is the Now-Church. (Sorry, that should be “this is Now-Church.”)

Here’s more from the article from Rome on Ash Wednesday:

A local pastor is one of 1,000 priests dispatched around the globe by Pope Francis to forgive grave sins normally forgiven only by the Pope or a top Church official.

The Rev. Patrick Baikauskas, pastor of St. Thomas Aquinas Church, 535 W. State St., was in Rome as one of 726 priests present at the Pope's announcement on Tuesday. He is one of 125 priests in the U.S. granted this responsibility during what is the Vatican's Jubilee Year, which ends in November. The 1,000 priests are being known both as the Missionaries of Mercy and as “super-confessors.”

As Pope Francis himself said at the meeting of the over 700 MoMs in Rome in early February, confessors “aren’t called to judge, with a sense of superiority” but instead to welcome penitents with “open arms.”

“It’s not with the cudgel of judgment that we will succeed in bringing the lost sheep back to the fold,” he added.

Catch Hilary's regular column in The Remnant's print- and e-Edition.

[Comment Guidelines - Click to view]
The Remnant values the comments and input of our visitors. It’s no secret, however, that trolls exist, and trolls can do a lot of damage to a brand. Therefore, our comments are heavily monitored 24/7 by Remnant moderators around the country.  They have been instructed to remove demeaning, hostile, needlessly combative, racist, Christophobic comments, and streams not related to the storyline. Multiple comments from one person under a story are also discouraged. Capitalized sentences or comments will be removed (Internet shouting).
The Remnant comments sections are not designed for frequent personal blogging, on-going debates or theological or other disputes between commenters. Please understand that we pay our writers to defend The Remnant’s editorial positions. We thus acknowledge no moral obligation whatsoever to allow anyone and everyone to try to undermine our editorial policy and create a general nuisance on our website.  Therefore, Remnant moderators reserve the right to edit or remove comments, and comments do not necessarily represent the views of The Remnant.
back to top
Last modified on Friday, March 18, 2016
Tweet

More in this category: « In Praise of Inconvenience: Why We’re All becoming Fat, Lazy, Stupid and Immoral A Word on the Pope, from Fr. Rodriguez' Mom »