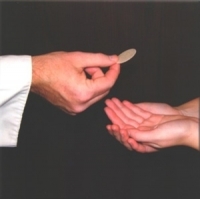 SÃO PAULO, Brazil - The Brazilian Bishops’ National Conference did not close the door that leads to the sacraments for divorced and remarried couples.

In a pastoral guide to Amoris Laetitia, the bishops said that, even though Pope Francis’s apostolic exhortation reaffirms the indissolubility of marriage, it also notes that “conditioning factors and extenuating circumstances” may “attenuate or even annul the moral responsibility and imputability of unlawful acts.”

The 28-page document entitled Welcoming the Apostolic Exhortation Amoris Laetitia by the Church in Brazil was released late last week. It was elaborated by the conference’s staff after discussions of Francis’s document on the family during the bishops’ 55th Ordinary General Assembly, which took place April 26 to May 5, 2017.

Brazil’s bishops affirm that Francis’s apostolic exhortation Amoris Laetitiaavoids a “normative pronouncement” on cases like those of divorced and remarried people. “The apostolic exhortation does not present a guide for the discernment of the so-called irregular cases,” says paragraph 37. Instead, Amoris “reinforces the need of a pastoral attention that is really particularized.”

The document argues that Amoris is not a rupture with previous Church teaching, but a development. “Nothing more contrary to the content of Chapter VIII of Amoris Laetitia than the idea of a moral relativism or even situational morality. On the contrary, it reaffirms the doctrine about the indissolubility of marriage and the intrinsic malice of adultery,” says paragraph 39.

As it follows, the text calls on pastors to “enter” in concrete cases, “finding the proper way to help the formation of the faithful’s conscience.” Read the rest HERE

REMNANT COMMENT: What more do people need to see? Francis destroyed Catholic marriage and nobody cares. They would rather have Church-approved divorce. And the "faithful" sit there and let their marriages get undermined by the man who claims the keys.

Published in Headline News Articles
[Comment Guidelines - Click to view]
The Remnant values the comments and input of our visitors. It’s no secret, however, that trolls exist, and trolls can do a lot of damage to a brand. Therefore, our comments are heavily monitored 24/7 by Remnant moderators around the country.  They have been instructed to remove demeaning, hostile, needlessly combative, racist, Christophobic comments, and streams not related to the storyline. Multiple comments from one person under a story are also discouraged. Capitalized sentences or comments will be removed (Internet shouting).
The Remnant comments sections are not designed for frequent personal blogging, on-going debates or theological or other disputes between commenters. Please understand that we pay our writers to defend The Remnant’s editorial positions. We thus acknowledge no moral obligation whatsoever to allow anyone and everyone to try to undermine our editorial policy and create a general nuisance on our website.  Therefore, Remnant moderators reserve the right to edit or remove comments, and comments do not necessarily represent the views of The Remnant.
back to top
Last modified on Tuesday, August 15, 2017
Tweet