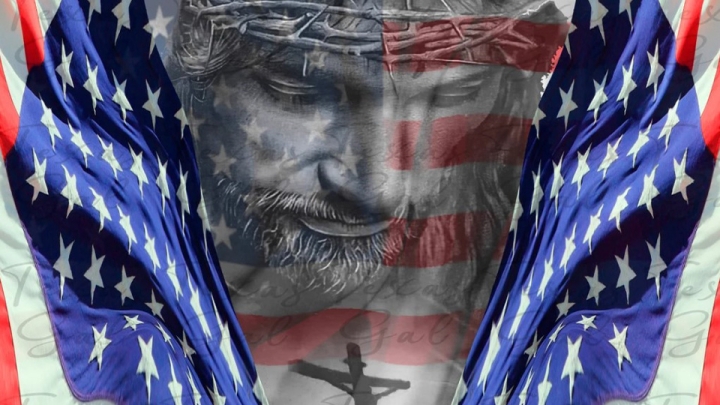 Republican Precinct Committeeman of Arizona's Legislative District 3, Kelly J. Kuchta, reached out to The Remnant to request that we promote a new resolution passed by his District. This resolution calls for three days to "steadfastly pray and observe the tenants of God" in the weeks leading up to what may be the most important election in US history.

Kuchta said of the resolution, which was passed on the Feast of Our Lady's Nativity:

“What I hope to accomplish is to remind people of the power of prayer, and if God is with us, who can be against us?”

1. WHEREAS the upcoming General Election held on November 8th, 2022, will likely be the most important election held to protect our Constitutional Republic and the future of our country.

2. WHEREAS during important and consequential events in the history of the United States of America, American’s have come together to pray to our Creator and Almighty God that our country might be blessed with liberty, protection and prosperity.

3. WHEREAS we have the following example put forth by General George Washington on May 15, 1776, who issued the following General Order to all in his command, which read: “Instant to be observed [on Friday the 17th) as a day of fasting, humiliation and prayer, humbly to supplicate the mercy of Almighty God, that would please him to pardon all our manifold sins and transgressions, and to prosper the Arms of the United Colonies, and finally establish the peace and freedom of America, upon solid and lasting foundation.” {Bennett, William J. “The Spirit of America”, page 393. Simon and Shuster, 1997}

4. WHEREAS again on July 2, 1776, General George Washington, issued another General Order to all in his command, reminding his men that “the fate of unborn Millions will now depend, under God on the courage and conduct of this army… Let us therefore rely upon the goodness of the Cause, and the aid of the Supreme Being, in whose hands Victory is”. Novak, Michael and Jane Novak, “Washington’s God”, page 71. Basic Books 2006}

5. WHEREAS Two days later, on July 4, 1776, in Philadelphia, these same sentiments would be immortalized by the Continental Congress in the Declaration of Independence, which concludes, “And for support of this Declaration, with firm reliance on the protection of divine Providence, we mutually pledge to each other our Lives, our Fortunes and our Sacred Honor”.

6. WHEREAS again on July 9, 1776, General George Washington, issued another General Order in which he called for chaplains in each regiment to ensure that the soldiers “attend carefully upon religious exercises.” The order concluded with the following: “The blessing and protection of Heaven are at all times necessary but especially so in times of public distress and danger – the General hopes and trust, that every officer and man, will endeavor so to live, and act, as becomes a good Christian soldier defending the dearest Rights and Liberties of his country.” (Bennett, William J. “The Spirit of America”, page 390. Simon and Shuster, 1997}

7. WHEREAS Just days before the Battle of Long Island on August 27, 1776, General George Washington, issued yet another General Order in which he recommend the keeping of the sabbath and pleaded with his men to shun the immoral temptations that abounded in New York City, exhorting them to “endeavor to check (such behavior) and …reflect, that we can have little hopes of the blessing of Heaven on our Arms, if we insult it by our impiety and folly.” {Novak, Michael and Jane Novak, “Washington’s God”, page 89. Basic Books 2006}

8. WHEREAS it is undeniable that the hand of Providence has been with this country from the beginning and that in order to continue to invoke the Covenant between the Almighty God and the people of the United States of America, which merits the blessings with liberty, protection and prosperity, depend on the American people to be prayerful and righteous in our behavior in the images of our Almighty God.

9. THEREFORE, LET IT BE RESOLVED, that the members of Legislative District 3, Maricopa County, Arizona ask all citizens of the United States of America to declare that on Friday September 23, 2022, Friday October 21, 2022 and on Sunday November 6, 2022 will be days to steadfastly pray and observe the tenants of God so that our country may be worthy of the blessings of the Covenant; liberty, protection and prosperity.

[Comment Guidelines - Click to view]
The Remnant values the comments and input of our visitors. It’s no secret, however, that trolls exist, and trolls can do a lot of damage to a brand. Therefore, our comments are heavily monitored 24/7 by Remnant moderators around the country.  They have been instructed to remove demeaning, hostile, needlessly combative, racist, Christophobic comments, and streams not related to the storyline. Multiple comments from one person under a story are also discouraged. Capitalized sentences or comments will be removed (Internet shouting).
The Remnant comments sections are not designed for frequent personal blogging, on-going debates or theological or other disputes between commenters. Please understand that we pay our writers to defend The Remnant’s editorial positions. We thus acknowledge no moral obligation whatsoever to allow anyone and everyone to try to undermine our editorial policy and create a general nuisance on our website.  Therefore, Remnant moderators reserve the right to edit or remove comments, and comments do not necessarily represent the views of The Remnant.
back to top
Last modified on Monday, September 12, 2022
Tweet
More in this category: « Pope Francis Ushers In Radical Environmentalism Under The Guise Of ‘Catholic Teaching’ Attack of the Killer Catholics: From Biden to Bergoglio »