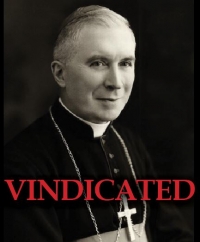 On September 15, an article quietly appeared on the Society of St. Pius X website which acknowledged, for the first time, what some are calling the Scandal of the Century—new and devastating revelations of the full extent of the clerical sex crisis which has been rocking the Church for decades.

Though this article commented in depth on the Pennsylvania Grand Jury report, oddly enough it makes no mention of Archbishop Carlo Maria Viganò’s bombshell 11-page testimony which in many ways stole the thunder of the Pennsylvania report, and I can’t figure out why they omitted this.

On the Vatican’s reaction to the revelations in Pennsylvania, the Society report quotes Greg Burke’s defense of Francis, claiming that, “Victims should know that the Pope is on their side.” 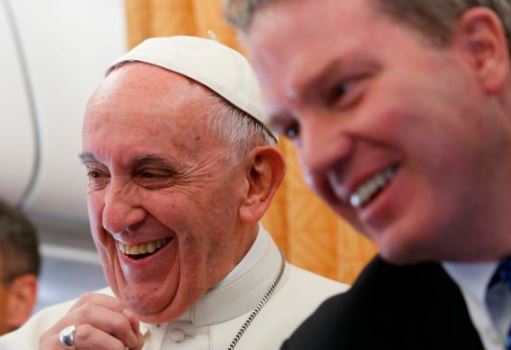 To my knowledge, the author of this Society brief is among only a handful who still take the affidavits and assurances of the Vatican’s damage control agent, Greg Burke, at all seriously.

The Society report is useful since it collates the reactions of others to this biggest crisis since the promulgation of the New Mass. For example, it mentions that “in the US, over 140 theologians, educators and lay directors called for all the American bishops to resign” in an open letter of provocation. But then it also highlights Pope Francis’ (the “Sovereign Pontiff”) words in his Letter to the People of God:

“In his letter, the successor of Peter considered that one of the sources of these ‘ecclesial wounds’ is a ‘peculiar way of understanding the Church’s authority.’ ‘Clericalism’, he accused, ‘supports and helps to perpetuate many of the evils that we are condemning today,’ such as ‘the thirst for power and possessions’ and spiritual corruption.’” (Whether or not the SSPX concurs with this papal diversionary tactic is not obvious to the reader.)

The report moves on into the general reaction to the Pope’s letter, citing the issues raised by journalist Aldo Maria Valli, LifeSiteNews, unavox.it, and Carlos Esteban, a Spanish journalist. But the report does not here add any of its own critique, which I find frustrating since the Society should be in a position to hold a hard line on this. Confusion and ambiguity are tools of the Vatican. Let’s not do that.

In the final section, entitled: The Hypocrisy of the World and the Statistical Reality, the Society report states: “The fact that men invested with the priestly dignity could have committed such acts is indeed a shame.” And then moves on to suggest that much of this is the work of anti-Catholic media:

“The media attacks the Church furiously while pretending to forget that these cases, as scandalous as they may be, are only a tiny minority compared to the abuse committed by adults on children in schools, sports activities, or stepfamilies, not to mention the shady circles of fashion, the show business and the media.”

The report then lists stats which appear to show a higher number of abuse cases in families and among peers than those which originate from priests and religious. No doubt, this may be the case. But what is the Society report getting at?

To my thinking, for even just one Catholic priest to abuse a child or engage in homosexual acts is infinitely worse than for a hundred pagans who don’t know better to do something similar. And the fact that so many dioceses have lost lawsuits and had to pay out millions of dollars is itself proof that this problem cannot be dismissed as mostly the concoction of Catholic-bashing media.

The report continues: “As serious as it may be, it remains a marginal reality, much more marginal, in any case, than the media, always ready to pounce on an opportunity to dishonor the Church, would have it.” And…? The fact that it’s happening at all is the ugly story here.

Closing line: “The Church intercedes for her wounded children, not for this hypocritical and corrupt world for which Christ refused to pray (see Jn. 17:9).”

As a member of the Society faithful, I’m grateful that the SSPX has now addressed the clerical sex abuse crisis in the Church. As a woman living in the world, I appreciate priestly guidance on this issue so that I can be prepared to answer the many questions that are put to me at work about this scandal and how to separate it from the spotless Bride of Christ.

That said, I sincerely hope to hear more from the Society in the future, since to my view they neglected to mention the game-changer in all this, i.e., Archbishop Viganò, and further developments since the month-old PA Grand Jury incident. What does the Society think of the bombshell everyone else is talking about: Archbishop Viganò’s Testimony and the implication of members of the hierarchy, up to and including Pope Francis, in a massive coverup scandal?

Especially since it appears to many that Archbishop Viganò, in choosing to stand alone for morality, is a heroic figure not unlike Archbishop Marcel Lefebvre was.  The ‘deep state Church’ on which Archbishop Viganò shines his torch could be said to represent the ultimate vindication of Archbishop Lefebvre.

The parallel at least is interesting: Viganò stands alone for Catholic moral theology just as, thirty years ago, Archbishop Lefebvre had stood alone for Doctrine and Liturgy.  I would think the Society—more than anyone else—would want to point to this parallel precisely because Archbishop Viganò’s testimony fulfills Archbishop Lefebvre’s prophesy of dire moral consequences if the Church leadership did not stand for traditional doctrine and liturgy after Vatican II.

The great Archbishop Lefebvre knew that when the Church began stripping away the sacrificial nature of the Mass, the priesthood would quickly cease to have a purpose and would degenerate into the evil thing we have today—a twisted and perverse caricature of its former self. This abandonment of doctrinal and liturgical tradition is the state of emergency to which Lefebvre was alluding, is it not?  And therefore, he kept his Society aloof from a mainstream Church fraught with spiritual and moral corruption.

The Society have been removed from the seminaries and dioceses for decades, thank God; but perhaps this make us less apt to know the full extent of the rot than would, say, the priests and bishops who have boots-on-the-ground experience at the diocesan level—conservative and tradition-friendly Novus Ordo priests who are not, by the way, questioning the fact that homosexuality and child abuse are rampant in the new Church. Rather, the response of 20 to 30 honest bishops has been to nod, cringe, and side with Archbishop Viganò, even if some priests may in fact have been falsely accused. The reality is or at least seems to be that sexual abuse has reached crisis proportions in the Novus Ordo.  And yet, curiously, the Society seems to be suggesting otherwise, even in the face of diocesan priestly testimony:

Why do this, when the well-meaning diocesan priests and bishops apparently recognize Viganò’s testimony as a way to finally begin to root out the corruption they know exists?   You have men such as Archbishop Cordileone of San Francisco, for example—a man friendly to the Society in the past—nevertheless calling these horrific revelations a “purification” of the Church; Archbishop Chaput admitted that, based on this Pennsylvania report, a synod on “youth” would be painfully ironic right now; Bishop Paprocki and others are organizing public penance.

Does the SSPX not want to get behind these men?  If not, why not? What am I missing here? Again, as someone who’s attended SSPX chapels for many years, I’m trying to understand why the Society is taking this course of action, especially since this horrific situation is the ultimate vindication for everything Archbishop Lefebvre did, as well as grounds for the “state of urgency” provisions under which I’ve been receiving absolution from Society priests for the past fifteen years.

Is this not an opportunity for our dear Society to lead boldly and compassionately; to support good prelates in their quest for truth, to encourage their Catholic sense and to commiserate with their anguish and that of the victims and their families?  This approach seems more conducive to healing than does quibbling over the precise numbers of the PA Grand Jury and telling us that the “sovereign pontiff” and Greg Burke have it all under control—something that beggars belief, quite frankly.

The Church needs our Society now more than ever. This is not meant to be a criticism, but rather an encouragement. If we lose the Society as defenders of the fort, I fear many of us will not fare well.

[Comment Guidelines - Click to view]
The Remnant values the comments and input of our visitors. It’s no secret, however, that trolls exist, and trolls can do a lot of damage to a brand. Therefore, our comments are heavily monitored 24/7 by Remnant moderators around the country.  They have been instructed to remove demeaning, hostile, needlessly combative, racist, Christophobic comments, and streams not related to the storyline. Multiple comments from one person under a story are also discouraged. Capitalized sentences or comments will be removed (Internet shouting).
The Remnant comments sections are not designed for frequent personal blogging, on-going debates or theological or other disputes between commenters. Please understand that we pay our writers to defend The Remnant’s editorial positions. We thus acknowledge no moral obligation whatsoever to allow anyone and everyone to try to undermine our editorial policy and create a general nuisance on our website.  Therefore, Remnant moderators reserve the right to edit or remove comments, and comments do not necessarily represent the views of The Remnant.
back to top
Last modified on Thursday, September 20, 2018
Tweet
More in this category: « Francis Offends Twitterverse... Again NIGHTMARE ON VIA ELM: Opus Dei Promotes Synod on Young People »