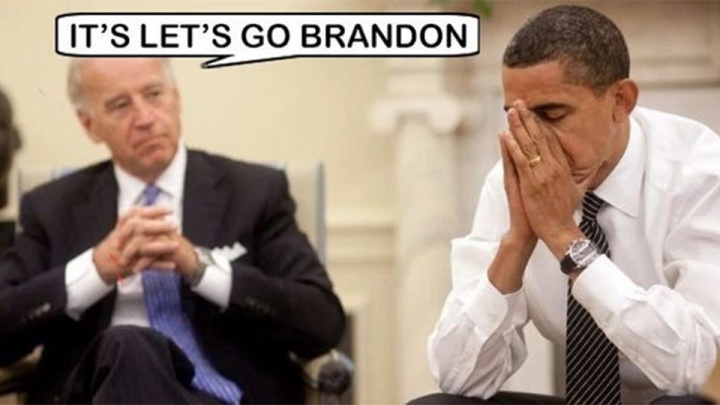 Polling can be a lot like fishing – it all depends on where you cast your line of questioning and who is tethered to it. Being what they are, poll numbers can take on a life of their own. When sliced and diced, multipliers can morph into dividers, and dividers can be flipped into fractions of misinterpretation and duplicity.

Polls also have a storied history of being fairly suspect.

Take that infamous headline of the Chicago Daily Tribune: “Dewey defeats Truman.” Journalists of that bygone era put too much faith into polls that had it all wrong as it was Dewey, not Truman, who was defeated for the presidency in 1948.

An average of the recent polling on President Biden’s approval rating was conducted by the website Real Clear Politics and it stands at 43%. Such a percentage translates into more than 100-million. This is quite remarkable but when you consider how the mainstream media has and continues to run interference for Biden, it comes as no surprise. Provided the nation’s fourth estate was diligent and honest about doing their job, the January 6 protestors would have a higher approval rating than Biden.

Polls do more to obscure than to clarify especially when you consider the plethora of problems facing the nation.

Polls do more to obscure than to clarify especially when you consider the plethora of problems facing the nation. The list is as long as it is ominous: The chaos at the southern border, the deteriorating rule of law, the federal COVID vaccine mandate, an overzealous multitrillion-dollar spending bill, the Afghanistan debacle, China’s hypersonic ICBM, increasing inflation, gas prices at a seven-year high and transgendered male athletes competing in women’s sports.

Perhaps Biden’s fans are not cognizant of what is transpiring?

Or maybe many do not really care that our supply chain woes will devolve into the canard that there is nothing under the Christmas tree because Santa Claus refused to get vaccinated, or that our energy independence was surrendered to foreign oil cartels.

This is the result of electing a president by mail.

In today’s polling, telephone landlines have nearly vanished, while cell phones dominate that on the surface is problematic. On the rare occasion when a cell phone is answered, those willing to converse are not the most knowledgeable about politics, economics, and history. To illustrate, Business Week reported on how the restaurant chain A&W attempted to challenge McDonald’s by offering a one-third pound burger versus McDonald’s quarter pounder.  It failed because most believed a quarter pound was bigger.

This is why online debates are futile.

Life begins at conception; however, we do not become fully formed whack jobs until we imbibe in social media’s spiked Kool-Aid.

If anything, polls are a snapshot in time, not a preview of the future and this fundamental point is often lost when debating their relevancy.

In 1956 when Adlai Stevenson ran for president, he was told that he would win the vote of every thinking American. “The trouble is,” he replied, “I need a majority.” Americans are too enamored with Netflix and social media to be bothered. The breadth of American reasoning doesn’t extend much further than what game is on tonight.

For many, their political biases trump all. As long as their candidate is in office is what counts.

Biden’s supporters complain about their college loans that they expect the federal government to forgive and that you ultimately would pay for. Having been educated by Marxists who seek America’s demise, it is no wonder Biden polls are much greater than they should ever be.

Biden’s numbers should be more in line with Congress’ at 27%, another inflated percentage.

If anything, polls are a snapshot in time, not a preview of the future and this fundamental point is often lost when debating their relevancy.

Polls are more useful for fishing, skiers, and strippers, than they are for politicians, journalists, and the public.

[Comment Guidelines - Click to view]
The Remnant values the comments and input of our visitors. It’s no secret, however, that trolls exist, and trolls can do a lot of damage to a brand. Therefore, our comments are heavily monitored 24/7 by Remnant moderators around the country.  They have been instructed to remove demeaning, hostile, needlessly combative, racist, Christophobic comments, and streams not related to the storyline. Multiple comments from one person under a story are also discouraged. Capitalized sentences or comments will be removed (Internet shouting).
The Remnant comments sections are not designed for frequent personal blogging, on-going debates or theological or other disputes between commenters. Please understand that we pay our writers to defend The Remnant’s editorial positions. We thus acknowledge no moral obligation whatsoever to allow anyone and everyone to try to undermine our editorial policy and create a general nuisance on our website.  Therefore, Remnant moderators reserve the right to edit or remove comments, and comments do not necessarily represent the views of The Remnant.
back to top
Last modified on Wednesday, October 27, 2021
Tweet

More in this category: « MLB Reflects Traditional Catholicism – Without Even Realizing it!  On the Question of Religious Exemption »