Is This Still the Church? (Letter from a Traditional Priest in Nigeria)

Written by  Fr. Alexander U. Okere
Rate this item
(49 votes) 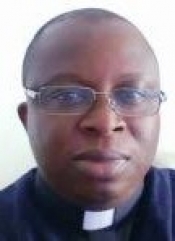 Nigeria is the African country where there is the worst persecution and slaughter of the Christians going on right now. Here is a powerful message from a Nigerian priest. Pray for him and his people who are suffering.

Before Christianity came to Africa, Africans were known to practice African traditional religion. The love of their Chi (god) and fellow human beings was deep rooted...So many were so committed to living a life befitting of their religion.

Then came Christianity, which was brought to Africans by the Irish (Western world) people. At the entrance of Christianity (Catholicism) in Africa, the Christian religion sounded very strange and foreign, but with time Africans accepted this religion for what it is, a true and right religion. They accepted Christianity because they became convinced that it is the true religion.

Today, Africans and in fact so many continents and countries where the Christian religion was not practiced, have come to accept it, and to live out daily their Christian life. In so many African countries today and in particular my country, Nigeria, Christianity and Catholicism grow and flourish daily with many vocations to the priesthood. 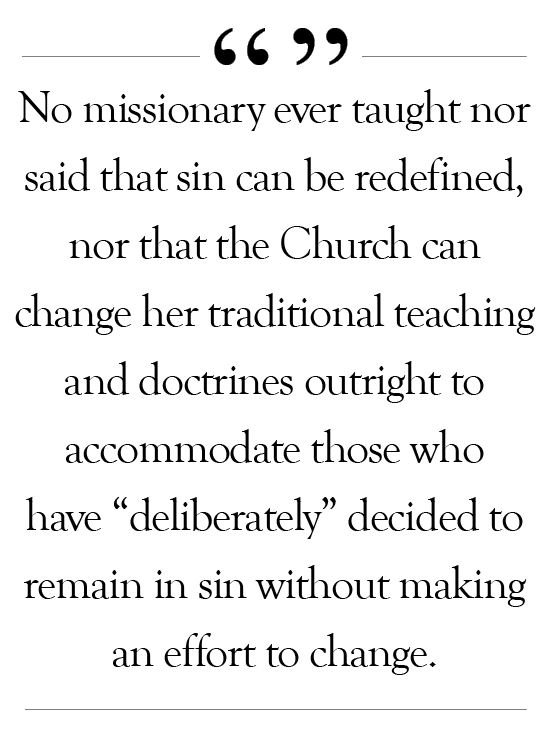 In the seminaries, the same books written by the Fathers of the Church, who are mainly Europeans are still being used to teach seminarians and priests. There are also Books written by some African priests and these few priests were also brought up and taught by western missionaries.

When the seed of Christianity and Catholicism was being propagated in Africa, no missionary ever said that the doctrines of the church as taught by the magisterium are dynamic (that they change as people change from sin to sin). We were not told that the Church changes as the people change. No missionary ever taught nor said that sin can be redefined, nor that the Church can change her traditional teaching and doctrines outright to accommodate those who have “deliberately” decided to remain in sin without making an effort to change. 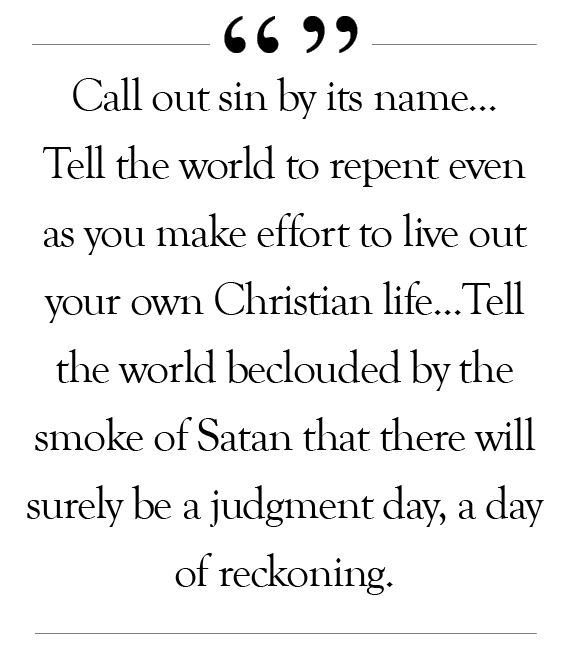 A priest, bishop, cardinal, and even the Pope may tell you what you want to hear, but it is God who sets the rules, who makes the laws and who will judge all at the very end. It is He who will still hold you accountable for your immoral life and actions.

Dear friends, today, there seems to be a culture of silence among shepherds of souls in the face of growing immorality and a thick smoke of sinful life raging in our society today. Nobody is a saint, but as shepherds of souls, one cannot keep quiet and watch wolves ravage and destroy the children/flocks of God. We are all striving to be saints, and we are bound in conscience and more especially, as Shepherds of souls, to stand against this tempest raging around the house of God.

Call out sin by its name...Tell the world to repent even as you make effort to live out your own Christian life...Tell the world beclouded by the smoke of Satan that there will surely be a judgment day, a day of reckoning.

You can’t speak from your two mouths...A pipe of water cannot bring out bitter and good water at the same time.

You can’t tell me 100 years ago that marriage is one man and one woman, but become silent in the face of homosexuality and lesbianism today…

You can’t tell me 100 years ago that God created them male and female but champion the idea of transgender today....

You can’t tell me 100 years ago that life is an inalienable right but encourage euthanasia today....

You can’t tell me 100 years ago that Sunday is a day of the lord but today you prefer swimming, visiting beaches, watching soccer and going to amusement parks…

You can’t tell me the essence of fasting, self control and self contentment 100 years ago was good, but today wallow in consumerism, inordinate desires/ambitions, greed and pride…

You can’t tell me 100 years ago that every human being is created in the image and likeness of God, but you prefer to call others monkey and look derogatorily at them.

Where will I begin and where will I stop? Wake up men and women, boys and girls, young and old...wake up! The time has come.

[Comment Guidelines - Click to view]
The Remnant values the comments and input of our visitors. It’s no secret, however, that trolls exist, and trolls can do a lot of damage to a brand. Therefore, our comments are heavily monitored 24/7 by Remnant moderators around the country.  They have been instructed to remove demeaning, hostile, needlessly combative, racist, Christophobic comments, and streams not related to the storyline. Multiple comments from one person under a story are also discouraged. Capitalized sentences or comments will be removed (Internet shouting).
The Remnant comments sections are not designed for frequent personal blogging, on-going debates or theological or other disputes between commenters. Please understand that we pay our writers to defend The Remnant’s editorial positions. We thus acknowledge no moral obligation whatsoever to allow anyone and everyone to try to undermine our editorial policy and create a general nuisance on our website.  Therefore, Remnant moderators reserve the right to edit or remove comments, and comments do not necessarily represent the views of The Remnant.
back to top
Last modified on Monday, August 12, 2019
Tweet
More in this category: « St. Lawrence, August 10 TEASER: August 15th Remnant Newspaper »