Monsignor Ignacio Barreiro-Carámbula, RIP (A Priest Forever, According to the Order of Melchizedek) Featured 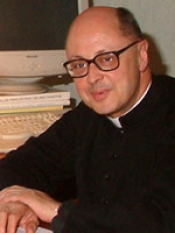 Monsignor Barreiro, RIP
Monsignor Ignacio Barreiro-Carámbula, the chaplain of the Roman Forum, long time head of the Rome Bureau of Human Life International, and dear, dear friend ended his earthly pilgrimage to God at 2:00 A.M. today, Holy Thursday. His soul follows that of another dear friend, John Vennari, into Purgatory and---God willing---as swiftly as possible into Heaven. Our Lord and Savior Jesus Christ cannot but deal as mercifully as possible with both of these good, good men.

To give you just a bit of information about my beloved friend, Monsignor was born on October 22nd 1947 in Montevideo, Uruguay. After obtaining a doctorate in Law in Montevideo, he joined the foreign service of his country. From 1978 to 1983 he was a member of the delegation of Uruguay to the U.N. In 1983 he entered the Dunwoodie Seminary in New York and was ordained a priest by Cardinal John O’Connor on November 14th 1987, in St. Patrick’s Cathedral, New York City.

In New York at the same time that he worked in a parish, he was involved with the Pro-Life apostolate. In 1991 he entered the University of the Holy Cross in Rome, obtaining his license in 1993 and his doctorate in Theology in 1997 with a dissertation on The Experience of God and of the Faith in God according to St. Thomas Aquinas. He was fluent in Spanish, English, French, and Italian. In September 1998 Msgr. Barreiro was appointed Director of the HLI Rome Office, which was inaugurated on November of that same year, with the blessings of Pope John Paul II.

That is what there is to say about him “officially”. But that does not tell you Don Ignacio’s full story, which I am going to relate to you now, not necessarily in the most elegant form, because I want to say this quickly and I am, as you may well imagine, a bit upset.

It is appropriate that he died on Holy Thursday, the Birthday of the Priesthood, because he was a heart-and-soul, 24/7 priest. He always wanted to be a priest, but certain circumstances propelled him into a legal career, one which involved him in very serious anti-communist labors in his native country, and then into diplomatic service. I met him thanks to an even closer friend of Don Ignacio, Fr. Richard Munkelt, who is now the main chaplain of the Roman Forum, taking our departed comrade’s place. This was when he was working for Uruguay at the United Nations.

Don Ignacio loved his country, but he loved his Savior more. I know that it is hard for non New Yorkers to believe how much those of us attached to this strange city feel about her, but it was appropriate that Monsignor Barreiro’s vocation got the better of him in this town to which he also gave his heart and soul.

Monsignor was one of the most intelligent men I know, and one with an aesthetic sense that did not brook foolish things lightly. It did not take long after he became a priest for him to know that he needed to be one “according to the order of Melchizedek” in the service of the Traditional Liturgy. Good theologian that he was, he never dreamed of denying the legitimacy of the Novus Ordo; he simply knew which form of worship was superior.

Everyone who knew and loved Don Ignacio knows that he was a soldier in every field that he entered. He was a Soldier of Christ. He was a Commando of Christ. He fought for the Old Mass. He fought for the fullness of the Catholic Teaching, every iota of every doctrine. He fought for the souls of all who came to him for help. He dropped everything—everything—for anyone who needed spiritual help. Knowing that my father-in-law was near death a good number of years ago, he begged my wife to tell him the moment that she knew. That moment turned out to be 3 in the morning Rome time, and Monsignor got out of bed, vested, and said mass for him “on the double”.

In addition to being one of the most intelligent and aesthetically aware men that I have ever known, Don Ignacio was also one of the most humorous, amusing, and individual. Why? As we believers know---and non-believers can never grasp---this was because he was a Catholic, and Catholicism breeds true personality.

Please pray for this good and faithful servant of God, whose endless work in endless ways, both in the United States and in Rome, has been totally unsung. He did more for the Cause than people outside his close circle of friends can imagine. He will do even more for all of us still trudging through this valley of tears when he makes it into the Company of the Saints. 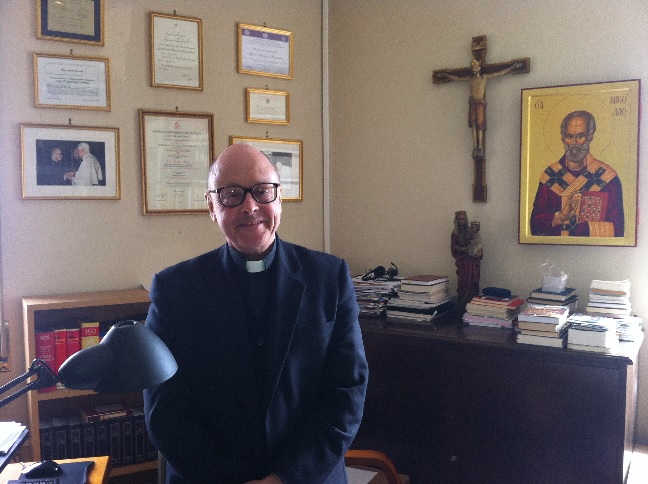 Monsignor Barreiro in his HLI office in Rome (2013)

[Comment Guidelines - Click to view]
The Remnant values the comments and input of our visitors. It’s no secret, however, that trolls exist, and trolls can do a lot of damage to a brand. Therefore, our comments are heavily monitored 24/7 by Remnant moderators around the country.  They have been instructed to remove demeaning, hostile, needlessly combative, racist, Christophobic comments, and streams not related to the storyline. Multiple comments from one person under a story are also discouraged. Capitalized sentences or comments will be removed (Internet shouting).
The Remnant comments sections are not designed for frequent personal blogging, on-going debates or theological or other disputes between commenters. Please understand that we pay our writers to defend The Remnant’s editorial positions. We thus acknowledge no moral obligation whatsoever to allow anyone and everyone to try to undermine our editorial policy and create a general nuisance on our website.  Therefore, Remnant moderators reserve the right to edit or remove comments, and comments do not necessarily represent the views of The Remnant.
back to top
Last modified on Thursday, April 13, 2017
Tweet
More in this category: « Shocked But Not Awed: An Open Letter to President Trump Worse Than Adultery: The Excommunicable Offense of Second Marriage »