The Cult of the Mask 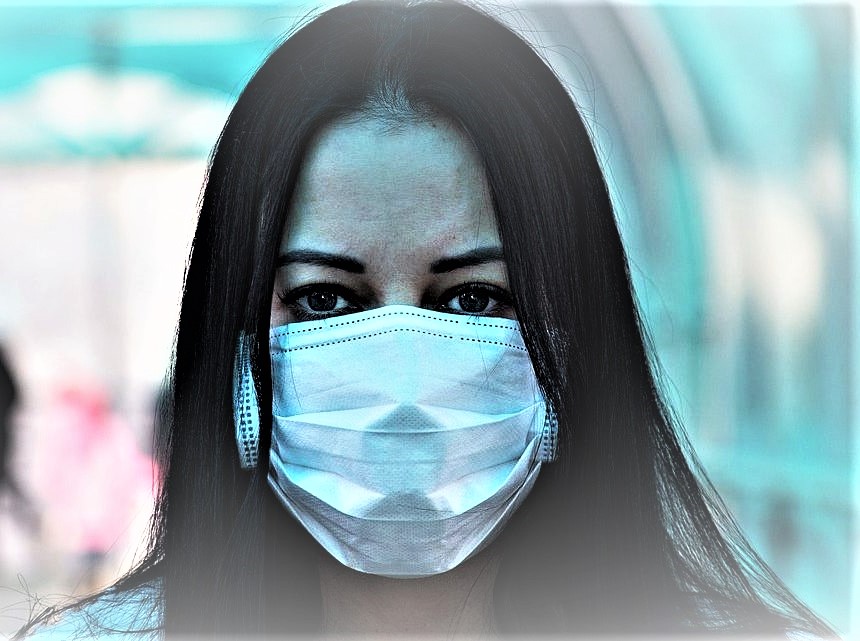 THE CHURCHES ARE open now in the Archdiocese of Detroit for “public Mass,” but Catholics have not been set free. The rules for being permitted to kneel at Calvary are in perfect accord with the rules of the state. Check-ins. Reservations. Social Distancing. Face covering. Every hollow one of them.

The archbishop has bowed to the governor. By order of a Prince of the Church, a successor of the Apostles, the priests must obey, the people must comply. The Mask must be worn.

This is terrible. The human face is a wondrous thing. It is a tangible sign of the mystery of each human being. It reveals the identity of the person--singular, irreplaceable, made in the image of God. The face gives a glimpse of the soul. There’s an old Latin proverb, Vultus est index animi. The face is the index of the mind. So why cover it up? What is being hidden? There’s a lie behind all this.

There is something hideous about the suffocating mask. Besides covering the nose and mouth, it distorts the structure of the face. Look at a group of masked people, really look at them. They don’t look human. The lower part of their face is disguised by a grotesque protuberance. Their identity is concealed. No emotion is communicated. No non-verbal cues to understanding a fellow human being can be discerned. Smiles, frowns, grimaces, yawns, smirks are all hidden under the ubiquitous mask.

But people wear it anyway. It shows they are following the rules. Even the archbishop.

We’d better open our eyes to the indoctrination that’s going on here. We’re being corralled into a collective unconsciousness. Wearing a mask has nothing to do with disease. Not with stopping the spread, or protecting the vulnerable, or preventing a surge. Those are slogans, catchy phrases dreamed up, I’m sure, by some high-priced public relations firm--sort of like the new one: Be safe at home. Safe from what?

Death. Their own and everybody else’s. That’s what scares them. That’s why they’re caving in to the dictators.

But the fatality rate of the virus (or its complications) is less than one half of one per cent. And that percentage is not of the general population, either. It’s of those infected. Maybe somebody could do some basic arithmetic and figure out the mortality rate in the total population. How many zeroes after the decimal point would it take?

Not only that, many of the “complications” could actually be post-viral hospital-acquired infections (HAIs) like sepsis, fungal pathogens, pneumonia, or—most tellingly—ventilator-associated pneumonia. Those numbers are huge. Nearly 100,000 Americans die each year from nosocomial infection; 1.7 million people are sickened. I don’t see any governor locking down hospitals over that.

I wish some genius statistician would separate the HAIs from corona-caused death.  I bet we’d learn that far less than one half of one per cent of COVID patients actually die from the virus.

That would put this whole control exercise in perspective. But not if you’re brainwashed. Not if you’ve subordinated your intellect to the “experts.” If you stop using the brain God gave you, they will tell you what to think. They have “studies” to back them up.  You may not decide anything for yourself.  You don’t know enough. 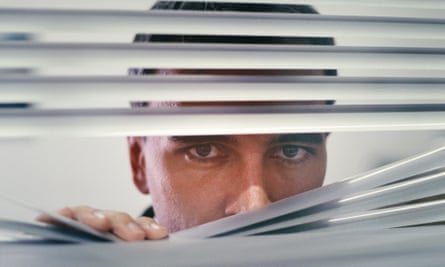 The controllers—governmental, academic, and scientific--haven’t just locked down the economy; they’ve locked down people’s minds. The ramifications of that psychological murder will last a lot longer than destroyed businesses.

But the image-makers and the agenda builders are hell-bent on their new society. This “crisis” is an exhilarating step in the metamorphosis of the human race. They have begun the next wave of propaganda, shoving it down our throats like a defective ventilator: There will be a spike in the fall, they insist. Millions, maybe hundreds of millions, will die if restrictions are lifted. People may not go back to living normal, mentally healthy lives. They must be afraid.

They must wear the Mask. The Mask will keep them safe.

Medical effectiveness is irrelevant. Severe indoctrination begins: Your face must be covered. To decline to wear the Mask means that you don’t care about anyone but yourself. You are selfish. Next thing you know, someone will declare it a hate crime.

Listen, they say with forked tongue. It’s a little thing to wear the Mask--a small act of charity, an expression of kindness. You could wear a bandana or a lace scarf or a surgical mask. No problem. It’s the symbol that counts, the badge of caring.

Evil lurks behind this fake compassion. Esoteric dreams of a new humanity, a race of Heroes,[2] are materializing in real time. And it’s not the Kingdom of God. We’d better read the signs lest we be deceived. We’d better look at this thing through Christian eyes.

There is a plan being rolled out for our transformation. The first step is to create unity. Perhaps, following Abu Dhabi,[3] it could be called a community of human fraternity, a merger of all the peoples of the world. Two things would be required to achieve this: It would be compulsory, and it would be universal.[4]

The Mask suits their purposes.

This article is a preview of the June 15th Remnant Newspaper.
Read the rest - SUBSCRIBE Today!

In preparation for this final unification, something that can only be described as a cult is emerging among the people. Shall we call it the Cult of the Mask? It would fit. In the same way that we reveal our Catholic Faith by wearing crosses or medals, by twining a rosary around our wrist, or wearing a mantilla, so the Mask-wearers signal their belonging to the new consensus by covering their faces. Some don’t like it; others relish it. Most of them don’t even think about it—sort of like fastening your seatbelt. It’ll keep them safe.

But we must think about it. If we don’t, we’ll find ourselves in a mental wilderness where reality is what we’re told it is. Like all cults, the Cult of the Mask presents itself as something good. It appeals to deep human hopes, assuages fears, and inspires dreams. If it didn’t, no one would join. In a secular society (or an apostate church), people are set adrift.  Life has no value for many of them, no purpose beyond temporal gratification. Yet, somehow, people know they were created for something more. Their hearts cry out for meaning, for anything that will make them feel they belong somewhere in this godless world. 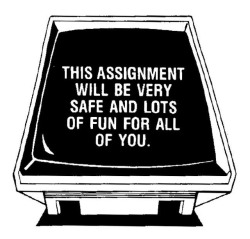 It has to be mandated, of course, for everyone. Individual donning of a useless mask means nothing; the need to be part of something important is not satisfied. The person is still wrapped in himself. But if Science, neo-god of the godless, demands universal conformity, then the wearing of the face-filter assumes a greater-than-self significance.

The refrain resounds to eager ears: We’re in this together. If people hide their faces, they can feel they belong to something. They can show their solidarity with the whole human race, a race ravaged by a deadly disease, its very existence imperiled. They can feel good about themselves. If they wear the Mask, they can keep people safe. They can make a difference.

But the Mask-wearers pay a terrible price for this delusion. They are enslaved by a virus, Corona, a microbe that looks more like a mace than a crown. The Mask will be the livery of their subjection forever. There’s no going back. They belong to the herd and are subject to its rules.

It would be bad enough if the Maskians just kept to themselves and left the rest of us alone. But they don’t. Mask-wearing has become a pathological obsession. The freedom of the open-faced is seen as a threat to their safety and, more significantly, to their sense of commitment to a great cause. They fight the phantom danger.

For now, most of their weapons are psychological—shame, ostracism, calumny. But there are other, more serious attacks on the rise. Calls to the police, video postings on social media, foul-mouthed confrontations. I’m afraid if this doesn’t end soon, if there is no pushback to the plans of the World Changers, we’re in for some pretty scary times. 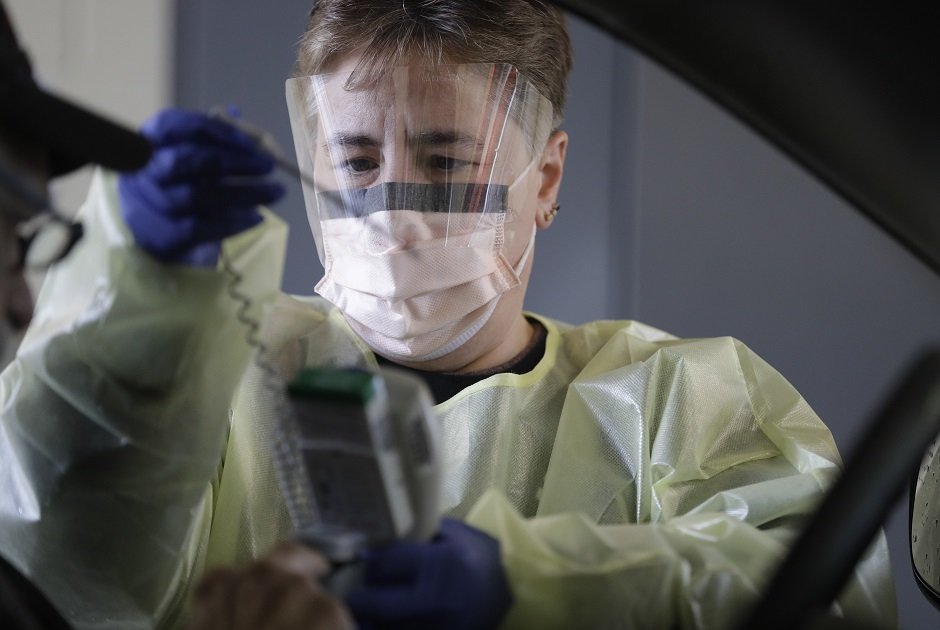 Given the mindless acceptance of every kind of abomination—moral, biological, and liturgical—I’m not hopeful we can get through this thing unscathed. So long as our society accepts legalized sin and ignores corruption, we’re in trouble. Each time we give assent to the Rule of the Lie, we wander farther and farther from the Truth that sets us free. In order for our country to be restored, Americans must first be good.

Are we in the beginning of the Time of Sorrows? It sure looks like it to me. The flood of apostasy has washed over us; the City of God has been plundered. It’s unlikely the Planners will stop with the Mask and the Social Distancing. Perhaps they will succeed in forcing the Real ID and the unwelcome vaccine on us. I pray not.

But this is Earth, after all, a place of trial and testing. We must refuse consent to error and sin. Only when our minds are clear of Luciferian lies will we know what we must do. And only then will we have the courage and integrity to do it. As St. Bernard used to say in the midst of trouble, Quid hoc ad aeternitatem? What is this to eternity?

We are Catholics, children of the Most High, and that is everything. Why should we allow ourselves to be herded into subjection to impotent gods?  As we wander in this desolate land, we need to keep to the narrow road.  Eyes ahead, shoulders straight, we will fulfill our destiny—that blessed hour when we walk through the Gates of Heaven.

[1] Psalm 11. One of the Imprecatory Psalms: They have spoken in deceit/each one to his neighbor/ sly lips with a double heart.

[2] Hall, Manly P, The Secret Destiny of America, Los Angeles, CA, The Philosophical Research Society, Inc., 1991, p. 26: The outcome of the “secret destiny” is a World Order ruled by a King with supernatural powers. This King was descended of a divine race; that is, he belonged to the Order of the Illumined…those who come to a state of wisdom belong to a family of heroes-perfected human beings. (underlining mine, SCP)

[3] The Document on Human Fraternity for World Peace and Living Together is a joint statement signed by Pope Francis of the Catholic Church and Sheikh Ahmed el-Tayeb, Grand Imam of Al-Azhar, on 4 February 2019 in Abu Dhabi, United Arab Emirates.

[4] In my book, Burning Faith, I called it the Universal Church of Divine Humanity.

Published in Remnant Articles
[Comment Guidelines - Click to view]
The Remnant values the comments and input of our visitors. It’s no secret, however, that trolls exist, and trolls can do a lot of damage to a brand. Therefore, our comments are heavily monitored 24/7 by Remnant moderators around the country.  They have been instructed to remove demeaning, hostile, needlessly combative, racist, Christophobic comments, and streams not related to the storyline. Multiple comments from one person under a story are also discouraged. Capitalized sentences or comments will be removed (Internet shouting).
The Remnant comments sections are not designed for frequent personal blogging, on-going debates or theological or other disputes between commenters. Please understand that we pay our writers to defend The Remnant’s editorial positions. We thus acknowledge no moral obligation whatsoever to allow anyone and everyone to try to undermine our editorial policy and create a general nuisance on our website.  Therefore, Remnant moderators reserve the right to edit or remove comments, and comments do not necessarily represent the views of The Remnant.
back to top
Last modified on Tuesday, June 9, 2020
Tweet

More in this category: « OPEN LETTER to DONALD TRUMP: Former U.S. Apostolic Nuncio, Archbishop Viganò, Stands with President Against the Mob VIGANÒ on REVOLUTION in the CHURCH: “From Vatican II onwards, a parallel church was built...” »