THE CORONAVIRUS: This Too Shall Pass (If we don't kill ourselves first) 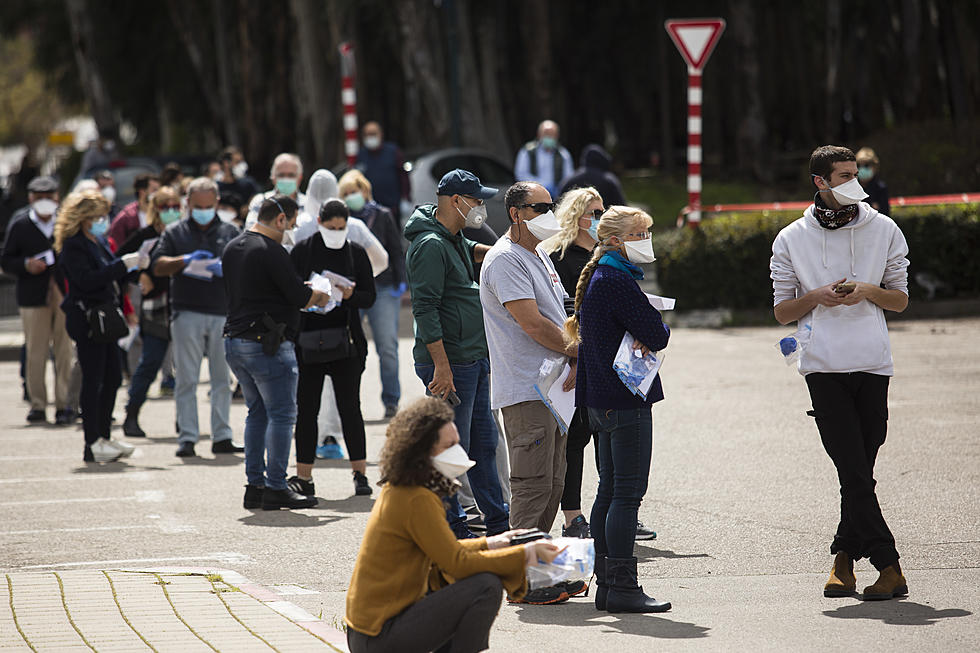 It's a serious virus. No doubt about it. But it's still a virus. It's also being weaponized by ideological fanatics and irresponsible media types with an ax to grind against Donald Trump.

Once we move past the media-generated hysteria and take a breath, we should feel comforted by the fact that most of us are not going to get this flu and, those of us who do, are very likely going to recover from it, thanks be to God.

Here's a good rule of thumb. When Anderson Cooper and Governor Andrew "Infanticide" Cuomo tell you to freak out over something, it's probably time to turn off the TV and reach for a good book.

God willing, we might even live long enough to get our flu shot next year (if you're into that sort of thing, and I'm not).

So here's what we know, culled from an article that appeared in the Guardian over the weekend, which observes that although this virus is obviously a massive challenge, "the world has never had better tools to fight it, and that if we are infected, we are unlikely to die from it."

According to Ignacio Lopez-Goni, a professor of microbiology and virology at the University of Navarra in Spain, we also know this:

Forgive me, but I like those odds. I'm not a scientist, but I have lived through enough of these global health scares and Y2K moments of hysteria to know that reckless talking heads on TV are far more of a threat to the common good than the actual crisis de jour.

These guys are supposed to be preventing panic. Remember? So ask yourself this: Why aren’t they? Why are so many of them inciting it? Is it because panic is good for ratings and, in an election year, it can be weaponized in a nanosecond? Oh, I think so!

So let's do this: First let's breathe; then let's take the normal precautions recommended during any flu season; and, finally, let's watch a little vintage television--because this is magnificently appropriate.

It's called The Shelter and it's about a media-generated public panic that leads a  doctor to lock himself and his family into his shelter. His friends and neighbors become hysterical and want to occupy the shelter. All of the previous cordiality seen earlier in the episode is immediately replaced with soaring desperation; pent-up hostility, searing rage, and other suppressed emotions boiling to the surface.

This from back in 1961 nails it: While we need to be sensible—and charitable, by the way (don't hoard masks you don't need!)—at a time like this, the reality is that the panic-stricken mob poses a far greater threat to us all than the evil thing from which we’re supposedly running for our lives:

Long story short, we need to be the adults in the room (just like our parents used to be); don't be manipulated, stay calm and help others to do the same. God's in charge, and this too will pass.

[Comment Guidelines - Click to view]
The Remnant values the comments and input of our visitors. It’s no secret, however, that trolls exist, and trolls can do a lot of damage to a brand. Therefore, our comments are heavily monitored 24/7 by Remnant moderators around the country.  They have been instructed to remove demeaning, hostile, needlessly combative, racist, Christophobic comments, and streams not related to the storyline. Multiple comments from one person under a story are also discouraged. Capitalized sentences or comments will be removed (Internet shouting).
The Remnant comments sections are not designed for frequent personal blogging, on-going debates or theological or other disputes between commenters. Please understand that we pay our writers to defend The Remnant’s editorial positions. We thus acknowledge no moral obligation whatsoever to allow anyone and everyone to try to undermine our editorial policy and create a general nuisance on our website.  Therefore, Remnant moderators reserve the right to edit or remove comments, and comments do not necessarily represent the views of The Remnant.
back to top
Last modified on Tuesday, March 10, 2020
Tweet