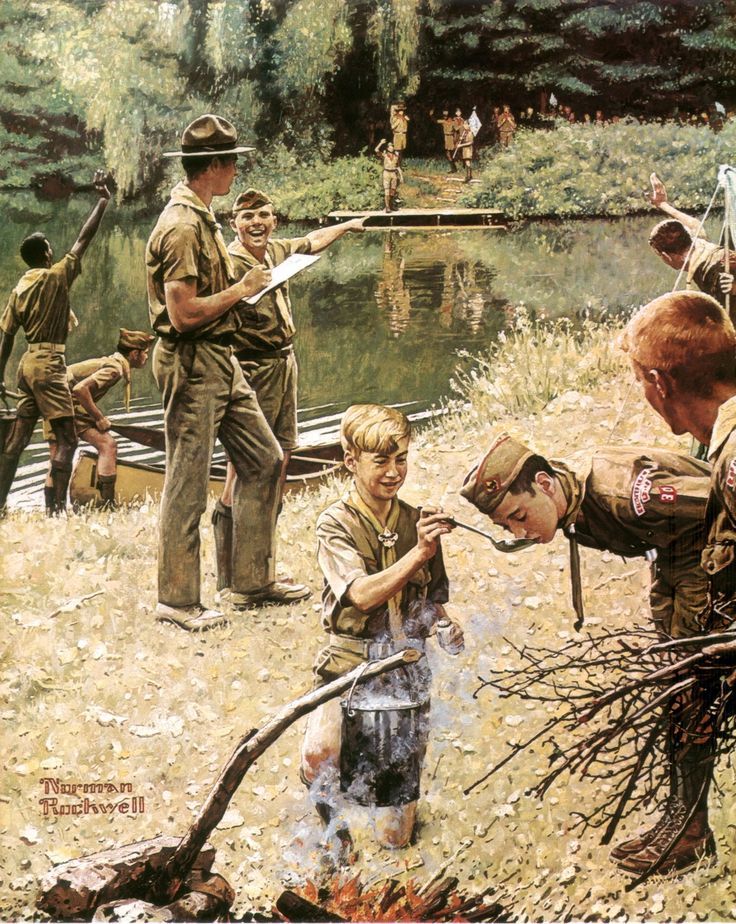 What's Mr. Knight crime? He dared to publish what many think but are afraid to say—that the LGBT mafia is actually targeting for destruction many of the venerable old Christian-based institutions in America. But you don't have to take his word for it. As is made clear below, LGBT spokesmen themselves are proudly proclaiming this. According to them, even the institution of marriage needs to be eliminated.

But I'm getting ahead of myself. Here's Mr. Knight on the execution of the Boy Scouts of America:

As holder of an Eagle Scout badge, I went through the sadness stage back in 2013 when the Boy Scouts board caved to the LGBTQ lobby.

Well, OK, I was pretty angry then, too, watching the saboteurs within and without the organization systematically undermine it in the name of ‘tolerance.’

It didn’t matter that the Scouts won all their court battles, including at the U.S. Supreme Court, to maintain their moral standards. The saboteurs were intent on ending the Scouts’ common-sense, existentially necessary exclusion of boys who sexually desire males. And that was only the beginning.

Two years later, they opened their ranks in 2015 to homosexual leaders during a time when they faced hundreds of sex-abuse lawsuits. Somehow, it didn’t seem to matter that virtually 100 percent of the abuse cases involved homosexual molestation. I mean, it was only 100 percent or so, so why worry

We’re told over and over that it has nothing to do with, you know, and that ‘most’ gays don’t molest children. Sure, but if this scandal involves only ‘pedophilia,’ why are so many of the victims young men, not children?

Good question, and one which we Catholics have been asking for years with respect to the crisis in our own priesthood and seminaries. But Mr. Knight already knows this. He writes:

But these are the facts, and facts--like truth--don't matter anymore. Political correctness--like ‘party loyalty’ in the former Soviet Union--trumps everything else, especially the facts. Anything but the facts, in fact! And the fact is the Boy Scouts of America have now declared bankruptcy and are bleeding out on the altar of political correctness.

In 1972 the Scouts had nearly 7 million members. In 2020 they’re down to 2 million and fading fast. But this might be the whole point of the exercise. It’s not about inclusion. It’s about destruction, just as gay “marriage” was not really about equal treatment under the law so much as the destruction of the institution of marriage.

Remember the lesbian journalist, Masha Gessen, who famously told the whole world that homosexual activists don’t want to access the institution of marriage--they want to eliminate it:

The Boy Scouts are on the same chopping block as marriage, and the mission is nearly accomplished.

“With the Boy Scouts in very serious trouble, you can hear raised glasses clinking in the gay bars and in The New York Times and The Washington Post newsrooms. These folks claim to want ‘inclusion’ but it isn’t about that. The real point of all the ACLU lawsuits and editorials was to destroy the Boy Scouts’ traditional moral impact on society. "Why would any liberal want to join an organization that was, according to them, sexist, Bible-thumping and bigoted?" asks Ann Coulter in a recent column. "They didn’t. The lawsuits were kill shots."

And this is the new normal. Whatever came before--whatever Christianity built up--politically correct leftist ideology will now tear down. 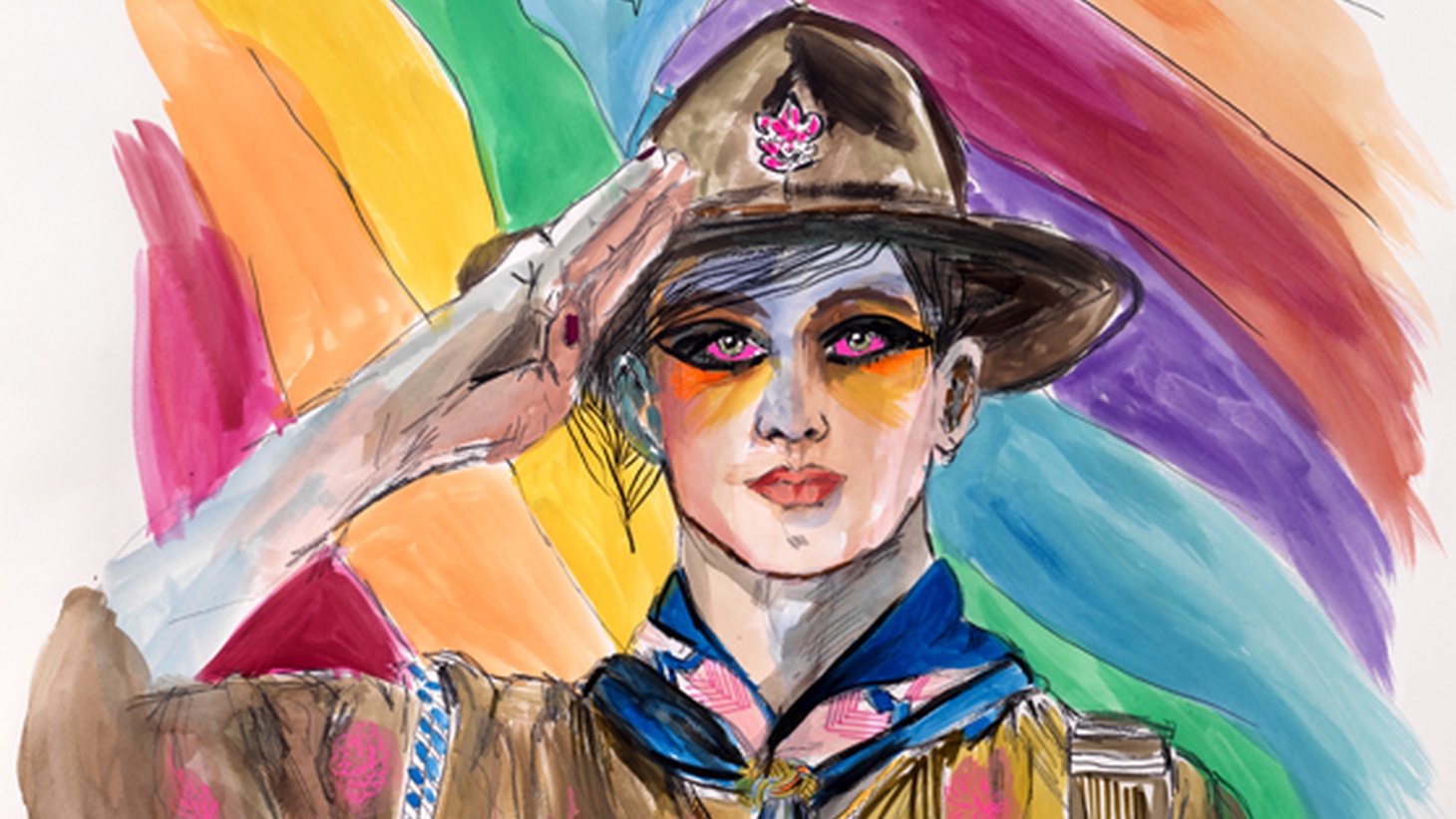 Everything beautiful is scheduled to be destroyed—marriage, innocence, children, religion, the arts, the complementarity of the sexes. They're at war with it all.

And these leftist ideologues have the gall to accuse us of hate when in fact they're the ones in the hating game, regularly expressing their contempt for everything from the God of Christianity, to the Bible, to America, to motherhood, to fatherhood, to babies and ultimately even life itself. Depopulate the world. Legalize euthanasia. Get rid of people. Slaughter babies.

Welcome to the culture of death that thinks it can actually build a New World Order.

Maybe this is what St. Paul foresaw when he warned the Corinthians to “come out from among them, and be ye separate, saith the Lord, and touch not the unclean thing; and I will receive you.”

[Comment Guidelines - Click to view]
The Remnant values the comments and input of our visitors. It’s no secret, however, that trolls exist, and trolls can do a lot of damage to a brand. Therefore, our comments are heavily monitored 24/7 by Remnant moderators around the country.  They have been instructed to remove demeaning, hostile, needlessly combative, racist, Christophobic comments, and streams not related to the storyline. Multiple comments from one person under a story are also discouraged. Capitalized sentences or comments will be removed (Internet shouting).
The Remnant comments sections are not designed for frequent personal blogging, on-going debates or theological or other disputes between commenters. Please understand that we pay our writers to defend The Remnant’s editorial positions. We thus acknowledge no moral obligation whatsoever to allow anyone and everyone to try to undermine our editorial policy and create a general nuisance on our website.  Therefore, Remnant moderators reserve the right to edit or remove comments, and comments do not necessarily represent the views of The Remnant.
back to top
Last modified on Monday, February 24, 2020
Tweet

More in this category: « The Conversion of the Jew Alphonse Ratisbonne Lenten Meditation on a Helicopter Crash »