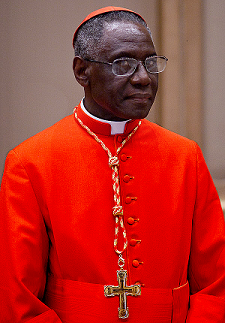 Why isolate Jews, who would no longer be afforded any opportunity to either thrive or survive? They could be released into society without any—to the Nazis—“fear.” The incarcerated intelligentsia would likewise be emancipated, for why take the trouble to minimally feed and house them when their objectionable convictions could find no effective expression in any case? Political resisters would have no resistance in which to participate; gypsies, homosexuals, and others whose lifestyles depend on the kindness of a population predominantly Christian would die off of their own accord, as well. There would be no more Auschwitz, in other words, not because it and all it represents had been overcome, but because the whole society would have become one big Auschwitz in and of itself.

Now imagine the denizens of such a dystopia congratulating their leaders and, by extension, themselves, for their own marvelous broad-mindedness in releasing all of these people. Imagine, after a German victory, the mass media teeming with scenes of the now-empty camps, under the above-mentioned conditions, presented as a moral vindication of the National Socialist side. Never mind the fact that the very existence of these places of extermination-by-labor had never been reported on, or generally admitted, in the first place. The important thing would be that they don’t exist any more! “The Fuehrer Frees the Captives!” all headlines would, with only slight variation, proclaim. Once that piece of propaganda had been enthroned as the prevailing narrative, not only the military but even the ideological victory of the National Socialists would have to have been considered complete.

This is the scenario that springs to mind as one reads that Cardinal Robert Sarah has requested that the clergy begin celebrating the Holy Mass, even in the Novus Ordo, ad orientem once again. Shouldn’t those of us who love the TLM and appreciate its rich and ancient symbolism be rejoicing at this announcement? Should we not, hat in hand, be retracting every aspersion cast on the theology, motives, and general pontificate of Pope Francis, who will now—if these recommendations are implemented--have been proven beyond a shadow of a doubt to be not the opponent of capital-t Tradition but in fact, by virtue of what is taking place on his watch, its effective champion? Already the kudos for the present Holy Father are pouring in, as though it had been he himself and not one of his most outspoken theological opponents recommending these salutary restorations. Still, let us say the Mass does begin to be celebrated ad orientem again. The question still remains: would it be because Pope Francis and his cohorts really want to allow it, or because—after Amoris Laetitia—they can?

The “source and summit” of the Christian life is the Holy Eucharist. Its evisceration of all mystical meaning by the editorially submerged but doctrinally devastating Footnote 351 constitutes a breakthrough long prepared and fought for by the internal enemies of the Church. Now that their ideology is definitively ascendant, they can afford to be generous. Indeed, for many public relations and other reasons, it positively behooves them to do so.

What difference does it make if the faithful are “allowed” to kneel when receiving Holy Communion again, now that the Roman Pontiff himself stands stiff-kneed and stiff-necked before every tabernacle he encounters, with the whole world looking on?   Why not let celebrant and flock alike face the east, liturgically or literally, after the principle has been established that it is subjective correspondence to the dictates of one’s own conscience, and not religious submission of the intellect and will to Christ which finally counts? If, in the minds of the Bergoglians, a “bit of bread and wine (can) do no harm,” then how can a little ancient orientation?

While Amoris Laetitia stands, a priest facing east poses no more of a threat to the Modernist weltanschauung than a member of the Polish intelligentsia forced to teach the salient concepts of Mein Kampf. What parishioners are being permitted to bend the knee to at the moment is the Bergoglian notion that one makes up his own mind about the reception of Holy Communion, and then “goes forward” even though Our Lord requires one to wait in the Confessional line instead. Cardinal Sarah himself alluded to this fly in the ointment by stating that “ambiguity” must be excluded from his invitation to revert to sound liturgical practices. “

Ambiguity,” of course, is Church PC code for the blatant heresy laced throughout Bergoglian rhetoric like arsenic in an otherwise tempting and tasty meal. Bishop Athanasius Schneider, too, has warned us that the motives and goals of the Bergoglian Revolution are nothing short of totalitarian. In view of the carrots and sticks evidently incoming, we would do well to realize and remember it. We will face the east, all right, but the true East of Catholic Tradition--requiring no merely human permission to do so, and heeding no merely human inducement to desist.

[Comment Guidelines - Click to view]
The Remnant values the comments and input of our visitors. It’s no secret, however, that trolls exist, and trolls can do a lot of damage to a brand. Therefore, our comments are heavily monitored 24/7 by Remnant moderators around the country.  They have been instructed to remove demeaning, hostile, needlessly combative, racist, Christophobic comments, and streams not related to the storyline. Multiple comments from one person under a story are also discouraged. Capitalized sentences or comments will be removed (Internet shouting).
The Remnant comments sections are not designed for frequent personal blogging, on-going debates or theological or other disputes between commenters. Please understand that we pay our writers to defend The Remnant’s editorial positions. We thus acknowledge no moral obligation whatsoever to allow anyone and everyone to try to undermine our editorial policy and create a general nuisance on our website.  Therefore, Remnant moderators reserve the right to edit or remove comments, and comments do not necessarily represent the views of The Remnant.
back to top
Last modified on Saturday, July 9, 2016
Tweet
More in this category: « The Mercy Impostor Amoris Laetitia Divides and Conquers »