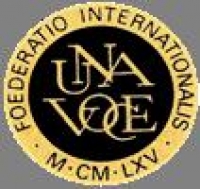 LONDON 4 November 2014 – The International Una Voce Federation which seeks to promote the traditions, particularly the liturgical traditions, of the Roman Catholic Church, within the official structures of the Church, today questioned the legality of a “notification” dated 14 October 2014 of the Roman See of Albano, Italy, claiming to ex-communicate those who receive the sacraments from, or attend religious services of, the Society of St Pius X (SSPX).

The Federation questions the legality of a notification in similar terms of Bishop Óscar Sarlinga ofZárate-Campana in Argentina, issued on 3 November 2014.

The Federation, which is a lay movement independent of any priestly or religious community, believes that preservation of doctrine, law and justice, as well as good pastoral practice, within the Church, is important.

The Federation believes that these “notifications” tend to imply that anyone who has ever attended services of the SSPX is not welcome in parish churches in these dioceses.

This view is clearly in direct contrast with the emphasis of the Supreme Pontiff, Pope Francis, upon mercy and forgiveness, as well as the “openness of heart” requested by Pope Benedict XVI as a prelude to a healing of divisions “in the heart of the Church”.

The Bishop of Albano is the Rt Rev Marcello Semeraro, media spokesman of the Italian Bishops’ conference and secretary of the Papal inner Council of 9 advisers.

The Federation is asking the Holy See to advise that these notifications are defective and to require them to be modified so as to comply with the law of the Church and the decisions of the Holy See.

On 14 October 2014, the Chancery of the Diocese of Albano issued a notification to parish priests claiming that anyone who attends SSPX services, even, apparently, children, thereby “break communion with the Catholic Church” and can only be re-admitted to the Church after “an adequate personal path of reconciliation”. The notification reads:

“The Catholic faithful cannot participate at Mass, neither request and/or receive sacraments from or in the Society. Acting otherwise would mean to break communion with the Catholic Church.

Therefore, any Catholic faithful who requests and receives sacraments in the Society of Saint Pius X, will place himself de facto in the condition of no longer being in communion with the Catholic Church. A readmission to the Catholic Church must be preceded by an adequate personal path of reconciliation, according to the ecclesiastical discipline established by the Bishop.”

Bishop Óscar Sarlinga of Zárate-Campana in Argentina, in a letter to his diocese dated 3 November 2014, states:

“It is not licit for the Catholic faithful to take part in the celebration of Mass in these conditions, neither to request nor to receive sacraments from the priests of the aforementioned "Society of Saint Pius X", including in private places turned into places of worship, without excluding, in case of obstinacy, also the ferendae sententiae penalties that may apply, according to the ecclesial spirit and that of protection of the faithful.

In the case of the rupture of ecclesiastical communion by the above-mentioned founded motives, in order to be later readmitted to the Catholic Church, a personal path of reconciliation (and eventually of removal of the canonical censure) will be required, according to the discipline advised by the Holy See and the [diocese's] own, established by the diocesan bishop.”

The attitude of the Holy See has always been that lay faithful who receive the sacraments from priests of the SSPX are not excommunicated. Examples are as follows.

a.      In 1991 Bishop Joseph Ferrario of Honolulu declared six lay Catholics excommunicated on grounds of schism for having procured the services of an SSPX bishop to administer confirmation. These appealed to the Holy See which, through Cardinal Ratzinger as Prefect of the Congregation for the Doctrine of the Faith, declared the decree invalid because their action, though considered blameworthy, did not constitute schism.

b.      On 5 September 2005, the Holy See, through the Pontifical Commission Ecclesia Dei, affirmed that “the faithful who attend the masses of the aforesaid Fraternity are not excommunicate, and the priests who celebrate them are not, either—the latter are, in fact, suspended.” (Protocol n.55/2005, signed by the then Secretary of the Pontifical Commission Ecclesia Dei, Mgr Camille Perl).

c.      On 27 September 2002, quoted and reaffirmed on 18 January 2003, the Holy See, through the Pontifical Commission Ecclesia Dei, stated that “In the strict sense you may fulfil your Sunday obligation by attending a mass celebrated by a priest of the Society of St. Pius X.” (Letters signed by Mgr Camille Perl).

“To break communion with the Catholic Church”, i.e. excommunication, can only be incurred where there is both an “external violation of a law or precept” and it is “gravely imputable by reason of malice or culpability” (canon 1321) and only if the proper penalty is excommunication.

Excommunication is not the proper penalty for “participating at mass” or “requesting or receiving the Sacraments” from SSPX priests or in SSPX-administered places of worship. Thus:

a.      It is accordingly not correct that excommunication is thereby incurred.

b.      In any event, those under the age of sixteen cannot incur a penalty (canon 1323.1); this would apply to those under this age who received baptism or confirmation.

Even when basing a canonical argument on the assumption that the SSPX has no canonical status in the Church and that its priests are suspended, following ordination without dimissorial letters, it does not follow that to seek the sacraments at their hands is an illegal act on the part of the lay faithful.

To say otherwise also conflicts with the provision in canon law (canon 1335) for the suspension of any prohibition of the celebration of the Sacraments or sacramental, or the exercise of a power of governance, when one of the faithful requests it for “any just reason”.

Moreover, it would be incongruous for the legislator to lift the excommunication of the bishops while imposing or maintaining it on the lay faithful to whom they minister.

The Federation is thus obliged to question the notifications since they appear to undermine papal legislation and canon law.
Published in Remnant Articles
back to top
Last modified on Wednesday, November 5, 2014
Tweet
More in this category: « Response of the SSPX Italian District to Bishop Semeraro Vince Lombardi: How the Catholic Church Formed One of the Greatest Coaches of all Time »