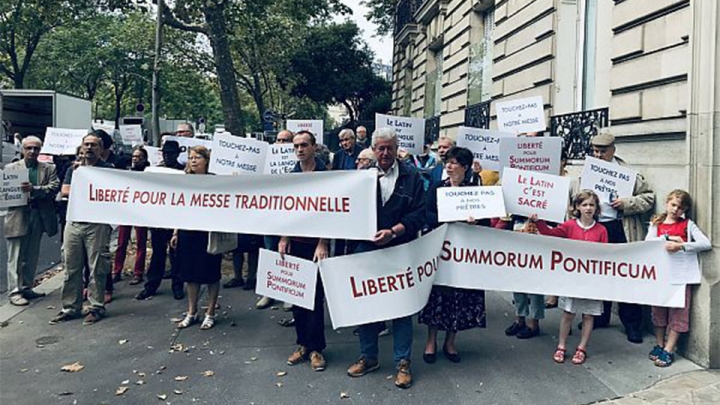 For the Freedom of the Traditional Mass

Seventh peaceful demonstration in front of the apostolic nunciature in France

More than 70 persons gathered together this Saturday August 28 in front of the apostolic nunciature in Paris, avenue du Président Wilson, from 12 to 1 p.m. Indeed, as the end of the holidays approaches, concern is growing among those who attend the traditional liturgy. It is true that the bishops of France have been preaching appeasement and, in a number of dioceses, everything should remain as it is. The Archbishop of Dijon himself, who was a forerunner of the Roman measures, is now looking for an honorable way out. But the violent determination of Rome, which is preparing to launch measures targeting the traditional seminars, remains intact. In addition, one can think that the nuncio in France, Mgr Celestino Migliore, will incite the bishops of France to deliver themselves to the repression of the Tridentine mass. In front of his door, the demonstrators let it be known that the Catholics who live spiritually and doctrinally from this Mass will not let go. They are determined to do whatever is necessary to see that the celebration of this Mass shall never be stopped.

The demonstrators decided to renew their protest every Saturday at the same time and at the same place. The next gathering is therefore fixed for September 4 at noon in front of nr. 14 bis, avenue du President Wilson, in Paris. 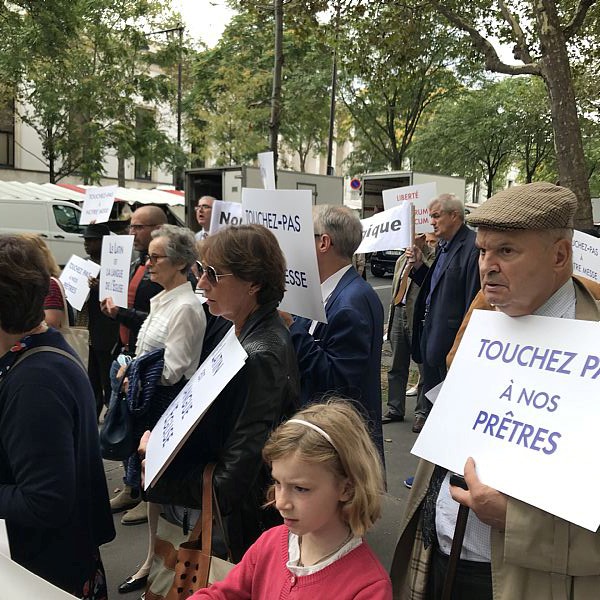 [Comment Guidelines - Click to view]
The Remnant values the comments and input of our visitors. It’s no secret, however, that trolls exist, and trolls can do a lot of damage to a brand. Therefore, our comments are heavily monitored 24/7 by Remnant moderators around the country.  They have been instructed to remove demeaning, hostile, needlessly combative, racist, Christophobic comments, and streams not related to the storyline. Multiple comments from one person under a story are also discouraged. Capitalized sentences or comments will be removed (Internet shouting).
The Remnant comments sections are not designed for frequent personal blogging, on-going debates or theological or other disputes between commenters. Please understand that we pay our writers to defend The Remnant’s editorial positions. We thus acknowledge no moral obligation whatsoever to allow anyone and everyone to try to undermine our editorial policy and create a general nuisance on our website.  Therefore, Remnant moderators reserve the right to edit or remove comments, and comments do not necessarily represent the views of The Remnant.
back to top
Last modified on Saturday, August 28, 2021
Tweet
More in this category: « STRIKE 2: RTV Banned from YouTube for 2 Weeks DOWN UNDER ARREST: Australian Jailed Over Vaccine Mandates »