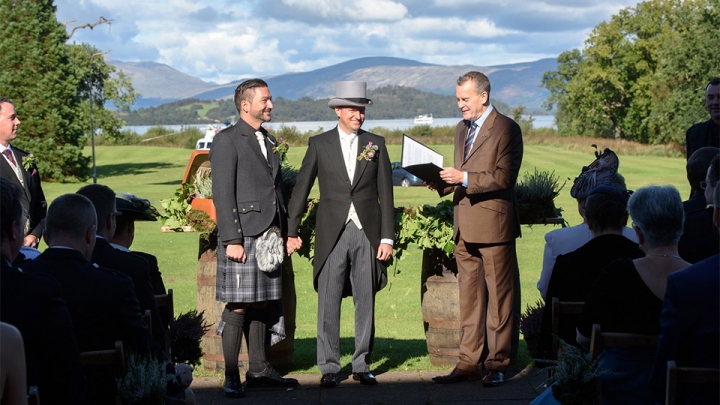 For its part the SHS argued for “an ethical life stance that has a core set of values based on reason”. Secular humanists (SH) are convinced their beliefs are true. ‘Religion’, as they call it,  is false and simply belief without reason. SH beliefs are superior because:

According to the Scottish humanists, ‘religion’ has nothing to do with the real world and cannot help humankind. That’s why they campaign for a secular state in Scotland.

By definition, ‘religion’ cannot lead to accurate knowledge about objective reality (OR) and can only produce fantasies and delusions. In the eyes of SH, the Catholic Faith is obviously false, because it is ‘religion’.

But many secular humanists (SH) beliefs simply cannot be true, such as their support for contraception and abortion (C&A).  It must be correct reason. Rejecting all religious beliefs just because they are ‘religion’ is a secular dogma and is not based on reason.

With respect to C&A, secular humanist beliefs do not conform to their own criteria for truth. SH’s support for CI&A:

What reason can SH have for supporting C&A in Scotland when it has led to a dying country?  Contraception and abortion does not increase human flourishing – it eliminates future workers, mothers, carers, nurses etc. Without true ‘conform-to-objective reality’ beliefs to guide them governments like that in Scotland end up killing their own populations as in abortion. In the process they are destroying the economic foundations of their country.

Just because humanist beliefs are secular does not automatically make them true. Secular humanists use the word ‘religion’ as a generalization for all kinds of different religious beliefs. Instead of ‘religion’ there are in reality the different beliefs of different religions, secular and religious.  What really matters is not the secular vs religious division but which beliefs and behaviour are true – they conform to OR - and which are false.

Current secular beliefs in Scotland about C&A are suicidal, unless we imagine that inflicting serious economic and social damage on the country is a good thing.

Contraception and abortion obviously lead to fewer births. In the last 50 years in Scotland, fertility has been significantly below the number of children per family needed to maintain the country’s working and total population.

Scotland’s current fertility rate is about 1.4. A third of births are to women born abroad, which means the indigenous non-immigrant TFR is about  1.0. This in turn means the Scotland’s indigenous births are only half of what is needed to ensure population stability.

The fact that C&A have led to dying countries like Scotland means that the SH beliefs supporting C&A cannot be true. Scotland is dying from false secular humanism and also from false religious beliefs. Over the last 50 years, C&A has reduced births in Scotland by about 1 million. This is a huge loss for a country with a population of only five million. Today, Scotland is suffering from this tremendous loss.

Fewer workers reduces the potential tax base the state relies upon to pay for public services and to fund entitlements. Like many other countries and US states in a similar position, Scotland needs more workers to look after its ageing population and to plug gaps in its workforce caused by C&A.

Current secular beliefs in Scotland about C&A are suicidal, unless we imagine that inflicting serious economic and social damage on the country is a good thing. They are nothing more than fantasies and false beliefs dressed up as realities.

Scotland is dying partly because the Catholic Church is not teaching traditional beliefs which ban contraception and abortion but also because SH do not practice what it preaches about the importance of reason and evidence.

The Catholic bishop and the Scottish humanists would be very surprised to discover that they were both defending similar false beliefs, both of which are leading to the death of Scotland. The bishop was defending non-Catholic religious beliefs as ‘religion’, some of which support C&A, which he should be opposing. The bishop’s teaching should be driven by Catholic tradition.

Scotland is dying partly because the Catholic Church is not teaching traditional beliefs which ban C&A but also because SH do not practice what it preaches about the importance of reason and evidence.

If the Catholic bishop in Scotland and the humanists had both been teaching true religion and true secular belief they would both have been teaching the same anti-C&A argument. The first because it is traditional Catholic doctrine and the other because the secular consequences of C&A are so damaging.

By arguing in favour of ‘religion’ the Catholic bishop is treating all religious beliefs as true, which cannot be the case. He should be teaching the Catholic faith about C&A as the truth, rather than just one of several religious beliefs  in a pluralistic world.  Not to teach the truth about C&A as the truth is to condemn the people in Scotland to suffer the negative consequences of false beliefs and behaviour.

True religion is indispensable for a country’s survival.

Many people today believe that no person or organisation should impose their morality on another person. But Scotland cannot escape punishment for its false beliefs about C&A, because objective reality (OR) will most definitely impose its morality on the country.

Why is the Scottish conflict of interests between the Catholic bishop and the SH’s so important for Scotland? Because true religion is indispensable for a country’s survival.  False beliefs and behaviour about C&A have very serious negative temporal consequences such as below replacement fertility and dying countries.

SH beliefs about C&A fail the very tests SH’s claim ‘religion’ fails.  They fail the evidence test and the reason test.  They are not based on reason.  A flourishing society cannot be built up by reducing births by over a million in the last 50 years. C&A do not lead to survival but to death.

Reality is both a religious and a secular phenomenon at the same time. The demographic disaster/collapse in working population that Scotland is experiencing is not just a secular event. Fundamentally it is a religious disaster and can only be solved by a change in Scotland’s religion. Those who are not teaching the truth – religious or secular – are contributing to the disaster.

The traditional Catholic faith about C&A is quite different to secular humanist beliefs, to the teachings of other ‘religious’ religions and also to the Novus Ordo Missae (NOM) part of the Catholic Church. The TCF passes the reason and evidence tests regarding C&A whereas SH, other religions and NOM Catholicism does not.

The situation in Scotland  confirms the truth of the traditional Catholic Faith about C&A.  It also confirms the falseness of  SH’s  “ethical life stance” in favour of C&A.  True faith, true reason and accurate evidence are in complete harmony, as they always are. They are essential for Scotland because the negative consequences of false beliefs are punishing the country.

The government even provides free services which kill Scotland’s own future population. False religious and secular beliefs about C&A have no right to be propagated, believed and implemented.

Pope Francis’s July 2021 attack on the traditional Catholic Faith and the TLM is not good news for Scotland. It will reinforce the pro-C&A tendency in Scotland and it will contribute further to Scotland dying and also to the decline of the Catholic Church in the country. For only the true Catholic faith about C&A leads to growth. Scotland desperately needs tradition to survive.

[Comment Guidelines - Click to view]
The Remnant values the comments and input of our visitors. It’s no secret, however, that trolls exist, and trolls can do a lot of damage to a brand. Therefore, our comments are heavily monitored 24/7 by Remnant moderators around the country.  They have been instructed to remove demeaning, hostile, needlessly combative, racist, Christophobic comments, and streams not related to the storyline. Multiple comments from one person under a story are also discouraged. Capitalized sentences or comments will be removed (Internet shouting).
The Remnant comments sections are not designed for frequent personal blogging, on-going debates or theological or other disputes between commenters. Please understand that we pay our writers to defend The Remnant’s editorial positions. We thus acknowledge no moral obligation whatsoever to allow anyone and everyone to try to undermine our editorial policy and create a general nuisance on our website.  Therefore, Remnant moderators reserve the right to edit or remove comments, and comments do not necessarily represent the views of The Remnant.
back to top
Last modified on Tuesday, August 3, 2021
Tweet
More in this category: « Wilton Cardinal Gregory Cancels Annual Traditional Mass at National Shrine What Do We Really Know About the Vaccines? »