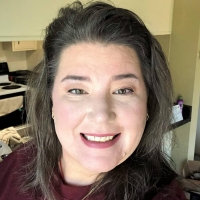 Given the avalanche of bad news engulfing us all these days, this article/video is something I am truly loathe to post.  We have all had quite enough of scandal in the Church and out these days, and there just seems to be no end in sight.

Many good souls are quite literally at the end of their rope.

Let me begin with an editorial observation: The Remnant is not an investigative journal. We do not pretend to have the resources or the desire to field teams of private investigators to take down priests accused of abuse. I rarely weigh in on accusations of abuse, especially those leveled by organizations with an obvious axe to grind.

So, when Attorney General Josh Shapiro, for example, came out with his Pennsylvania investigative grand jury report a few years ago, alleging widescale abuse by Catholic priests, we published the following in the description box of this video:

“Do you think PA District Attorney Josh Shapiro is a friend of the Catholic Church? Remnant Underground's Michael J. Matt not only steps outside the box but also smashes it to bits as he analyses what's really going on with the clerical sex abuse crisis.”

That particular video called for the application of due process in each and every case, since it was clear to me that Mr. Shapiro—no friend of the Catholic Church—was anxious to use scandal in our Church to undermine the moral authority of our Church.

When Illinois Attorney General Lisa Madigan went after Catholic priests back in 2018, I wrote THIS, in which I argued:

I am not suggesting she’s lying or that her investigation is even dredging up false accusations. But I am saying that lots of people have all sorts of axes to grind against the Catholic Church.  How easy it will be to kick off another #Metoo movement where all priests are concerned, by listing all accusations as credible.

We cannot let that happen. We have all known priests who were falsely accused, and just as the laws of both God and Man forbid a rush to acquit, so too they take a dim view of a rush to convict.

I believe every priest—traditional or otherwise—must not be convicted in the court of public opinion and is deserving of the presumption of innocence until proven otherwise.

In the case of the SSPX, I have no inside information on cases of alleged abuse over and above that which is already in the public eye. I have never attended a Society chapel and know nothing about the inner workings of that organization.

What I have done is to consistently defend Archbishop Marcel Lefebvre and the Society of St. Pius X against the scurrilous charge of schism. And I will continue to do. But I do not pretend to have access to any more details of a given case against an SSPX priest than anyone else has.

Bottom line: I do not get involved in scandals about which I have no personal knowledge and thus no right to comment.

Muckraking and scandalmongering are not "my thing", as was again made clear by my refusal to say one word against a certain vociferous critic of the SSPX after he'd admitted on his popular Internet TV show that he'd been active in the gay lifestyle for years, before his conversion.

The following case, however, is something else entirely.

In her video testimony, Miss Erica Kauffman alleges she was raped by a SSPX priest and bore his child. In the course of her testimony, she also calls me out by name, something which has already suggested to many people that I must have some inside information on this case. Else why bring my name into it?  In fact, I did not and do not.

Before the video was posted on YouTube, I had never heard the name of the accused priest and knew nothing of Miss Kauffman’s ordeal.

After viewing her video, I was moved to contact Miss Kauffman. In speaking over the telephone, I discovered in her a person who has manifestly no animus against the SSPX. In fact, she does not wish for her story to be taken up by any organization which does.

I asked her for corroborating evidence, i.e., a birth certificate for her child (now adopted) or some other notarized document that establishes paternity. This Miss Kauffman made available to me, along with other corroborating documents.

Given my now-firsthand knowledge of the details and direct experience with the victim, this particular case is one on which I feel morally obliged to comment, especially since all private attempts to resolve it seem to have been in vain.

If the SSPX priest in question is still in ministry, despite having fathered a child with one of his parishioners through rape, this is a scandal all traditional Catholics--inside the SSPX and out--want resolved. Could there be extenuating circumstances that mitigate the charges? Of course, and pray there are.

A month ago, I privately discussed this case with a representative of the SSPX and found him to be fully cooperative with my inquiry. And now in charity for a sister in Christ who has evidently suffered much, I will allow Miss Kauffman to bring her case to the attention of our readers for the purpose of achieving justice for her as well as preventing further scandal.

In posting this video, I make no judgment nor do I claim to have any inside information over and above what I have already here divulged.

In addition, I presume the SSPX leadership may wish to tell their side of the story. Perhaps they already have done so, I don’t know. Either way, I offer these columns to them, should they wish to publicly respond to Miss Kauffman's now-public complaint posted on YouTube.

One final point, Miss Kauffman mentions the name of one of the lawyers on the SSPX legal team—a man who happens to be a close friend of mine. The advice my friend reportedly gave to Miss Kauffman—i.e., that she “get a lawyer,”—is something my friend would say to me and to anyone else with a serious grievance of this kind. My friend’s legal advice can be summed up as: “If you have a case, get a lawyer and take it to court. That's the only way to get to the bottom of these things.”

Though I am not a lawyer, this is the advice I myself would give to Miss Kauffman, even though the statute of limitations in her case has run out.  I would advise Miss Kauffman to take advantage of whatever legal recourse is available to her, so that this matter can be laid to rest for all parties concerned and as soon as possible.

Please pray for Miss Kauffman, for the child involved and for the accused priest. I know Miss Kauffman would agree that this priest also deserves his day in court.

I beg the reader's forgiveness in advance for adding one more disheartening scandal to an already growing list. May God help us to keep the faith despite the Devil's best attempts to discourage and demoralize us all.

Here, then, is the unedited video. May God's will be done.