Fr. Celatus has the longest-running byline in The Remnant Newspaper. To read his "The Last Word" on the back page of every print-edition of The Remnant, Subscribe Today!
____________

Some forty years ago, at a time when Catholic seminaries had been fully infiltrated by homosexuals and modernists, I attended a Christmas pageant hosted by seminarians. Anticipating something sacred I was shocked instead to be a witness to a horrific sacrilege. In a blasphemous parody on the Nativity of our Lord, one seminarian dressed as Mary was riding upon another seminarian pretending to be a donkey. I dare not put in print the sexual innuendoes that were spoken and acted out in this parody but suffice it to share that after the birth of the Christ Child, three seminarians dressed as the Magi presented a naked plastic doll representing Jesus with three gifts: a bottle of booze, a case of beer, and a carton of cigarettes.

If you are scandalized by this, rightly so! It shows you still have a Catholic conscience. But after all the scandals perpetrated by clerics in recent years, you might not be surprised. The rector of that seminary went on to become bishop of a large diocese and some of those seminarians went on to be priests. The infiltration that began then at the level of seminary formation has now risen to the top of the hierarchy.

Which is why The Last Word is never surprised by the scandalous words and acts of Bergoglio and his band of blasphemous brothers, to include most clerics in the Vatican and many highly placed prelates. In our own experience, going back to the beginning of the full press infiltration of the Church by modernists and homosexuals, scandal is part of their modus operandi and strategy to overthrow the Catholic Church.

Take, for example, two of the Nativity scenes displayed publicly by the Vatican in Saint Peter’s Square under the raunchy reign of Bergoglio. Three years ago, what was purported to represent the Nativity was more representative of a gay bathhouse, with various figures clearly intended to be homoerotic. This year, the figures of the Vatican display are so hideous that they defy description and invite ridicule.Without doubt not even Fred G. Sanford of the sitcom Sanford and Sons would display this trash in his junkyard.

But these homosexuals and modernists—often one and the same—do not limit themselves to the Nativity when it comes to scandal as a weapon against the Faith. At that same seminary at which they staged a blasphemous Nativity skit, there was a homosexual priest—one among many--who loved to speak lewdly about canonized consecrated Virgins and a layman who reveled in telling St. Thomas Aquinas fat jokes.

Bergoglio is no better when it comes to causing scandal. As Archbishop Carlo Marie Viganò has noted, Bergoglio intentionally surrounds himself with homosexuals and blackmailable clerics. And when any of these scoundrels are exposed for their immoral or criminal behavior, Jorge is quite happy to throw them under the Bergoglian bus, knowing well that such scandals cause damage to the faith of the faithful.

The one who ought to investigate the scandals is heavily involved in the appointment, promotion, and protection of those who are guilty: Bergoglio has surrounded himself with compromised and thus blackmailed personalities, whom he has no qualms about getting rid of as soon as they risk compromising him in his media image.

But even more scandalous, in addition to throwing compromised homosexuals and embezzlers under the Bergoglio bus, Jorge and friends are willing to throw their own canonized saints under the bus as well. In the case of the McCarrick Report, that Saint under the bus is none other than Pope John Paul II the Great.

Referred to frequently throughout the 400+ page report, the former polish pontiff appears to have been anything but great when it came to reigning in sexual abuse. According to one progressive news outlet:

The Vatican's explosive report on the career of disgraced ex-cardinal Theodore McCarrick makes one thing devastatingly clear: the late Pope John Paul II decided to appoint the priest as archbishop of Washington despite repeated warnings from high-level advisers on both sides of the Atlantic.The drama surrounding the pontiff's decision in 2000 takes up nearly 15% of the 450-page report and includes a severe warning against promoting McCarrick from New York's Cardinal John O'Connor, similar advice from the Vatican's then-ambassador to the U.S., and Vatican officials asking John Paul to sign his orders on the matter, in actions that now appear oddly prescient. (NCR online)

The reaction to the indictment of Pope John Paul II in the McCarrick Report was predictable. The radical progressives breathed a sigh of relief that their own man, Francis of Rome, was left completely unscathed. Of course, as we know from Archbishop Viganò and other sources, Bergoglio is up to his miter in guilt.

As for the Neo-Catholics, they wasted no time defending the legacy of Pope John Paul II and his status as a saint. They rationalized his actions with the usual argument that things were done differently back then, and he was misled by a master manipulator and was badly advised. They were also quick to point out that a failure in the matter of administration of the Church does not necessarily reflect upon personal sanctity. Never mind that he was given the title “Great,” a relatively rare honor for popes that is not easily earned.

As for traditionalists, we would be within our rights to say, “We told you so!” Traditionalists are the ones who have criticized repeatedly the modernist practice of streamlining sainthood, through such measures as the elimination of the Devil’s Advocate, the reduction of required miracles, the acceptance of dubious miracles and the fast-tracking of the Second Vatican Council popes to legitimize a modernist revolution.

But let’s get back to that satanic Nativity set in Saint Peter’s Square. That scene is not representative of the Nativity of our Lord but is rather reflective of what is in the soul of blasphemous Bergoglio and bodes an impending anti-Christ nativity. The Second Coming, a century old poem by WB Yeats, comes to mind:

The darkness drops again; but now I know
That twenty centuries of stony sleep
Were vexed to nightmare by a rocking cradle,
And what rough beast, its hour come round at last,
Slouches towards Bethlehem to be born? 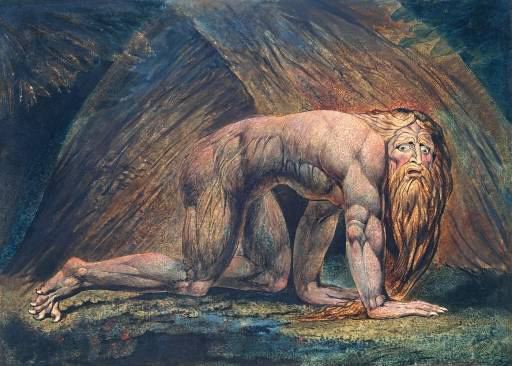 [Comment Guidelines - Click to view]
The Remnant values the comments and input of our visitors. It’s no secret, however, that trolls exist, and trolls can do a lot of damage to a brand. Therefore, our comments are heavily monitored 24/7 by Remnant moderators around the country.  They have been instructed to remove demeaning, hostile, needlessly combative, racist, Christophobic comments, and streams not related to the storyline. Multiple comments from one person under a story are also discouraged. Capitalized sentences or comments will be removed (Internet shouting).
The Remnant comments sections are not designed for frequent personal blogging, on-going debates or theological or other disputes between commenters. Please understand that we pay our writers to defend The Remnant’s editorial positions. We thus acknowledge no moral obligation whatsoever to allow anyone and everyone to try to undermine our editorial policy and create a general nuisance on our website.  Therefore, Remnant moderators reserve the right to edit or remove comments, and comments do not necessarily represent the views of The Remnant.
back to top
Last modified on Wednesday, December 30, 2020
Tweet
More in this category: « The Covid Occult AMERICA TO BOYCOTT NFL: A Letter from an Old Soldier »