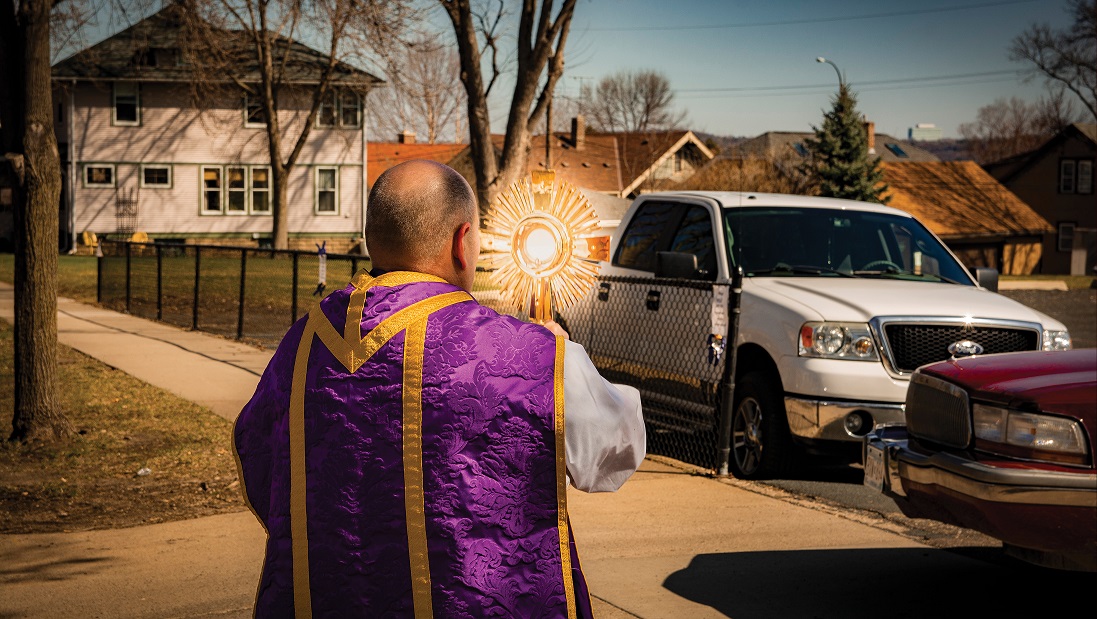 I am a Catholic priest, a pastor of two churches, and a retired military chaplain with over thirty years of military service. I have been an ardent supporter of your two candidacies for President and your term as President of the United States. I have done everything within my power from the pulpit to keep my congregation in prayer for your reelection. There is no doubt in my mind and that of a majority of American citizens of good will that you won this election by a landslide.

My congregation is comprised of mostly conservative and traditional Catholics, who deeply appreciate your many positive and unprecedented contributions to our Nation, especially your fearless efforts to protect unborn children from abortion. As a military veteran I am grateful for your advocacy for military members, families and veterans and for rebuilding military forces.

Mr. President, as an American citizen and a Reserve chaplain, please know that I will never give up hope on your second term so long as you remain committed to that goal and I will support whatever course of action you deem appropriate and necessary to hold office. As you know, there is more than this election and our Nation at stake. The world itself hangs in the balance.

Finally, allow me to share this touching anecdote. Earlier today I buried a senior member of my congregation who spent her last weeks in a hospital and final days in hospice surrounded by her family. One of the things she was most proud of was that she voted for Donald Trump in two elections. Even as death loomed, she insured that she voted absentee ballot for Donald Trump. I believe that this level of commitment to your Presidency is reflective of my entire congregation.

Be assured of my continued prayers and public advocacy for your second term as our President.

Published in Remnant Articles
[Comment Guidelines - Click to view]
The Remnant values the comments and input of our visitors. It’s no secret, however, that trolls exist, and trolls can do a lot of damage to a brand. Therefore, our comments are heavily monitored 24/7 by Remnant moderators around the country.  They have been instructed to remove demeaning, hostile, needlessly combative, racist, Christophobic comments, and streams not related to the storyline. Multiple comments from one person under a story are also discouraged. Capitalized sentences or comments will be removed (Internet shouting).
The Remnant comments sections are not designed for frequent personal blogging, on-going debates or theological or other disputes between commenters. Please understand that we pay our writers to defend The Remnant’s editorial positions. We thus acknowledge no moral obligation whatsoever to allow anyone and everyone to try to undermine our editorial policy and create a general nuisance on our website.  Therefore, Remnant moderators reserve the right to edit or remove comments, and comments do not necessarily represent the views of The Remnant.
back to top
Last modified on Wednesday, December 9, 2020
Tweet
More in this category: « Michael Matt Defends Trump Legacy at Capitol Rally COVID Panic vs. Fear of the Lord »