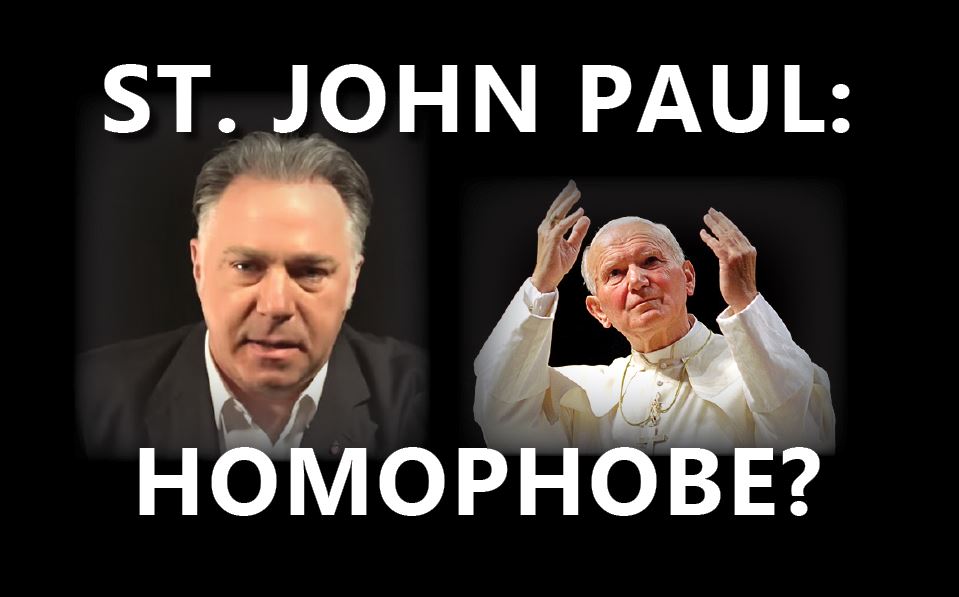 Vatican journalist, Sandro Magister, asks the million-euro question today at a major Summit press conference here in Rome: "What about homosexuality?"  The Archbishop of Malta's answer was epic -- so epic, in fact, that Michael asks the natural follow-up: "Well, was John Paul 'the Great' homophobic then, too?"   Michael Matt offers a late-night follow-up from Vatican City in which he points out how Vatican ineptitude is such that all sides are growing impatient with Francis, including the angry protestors outside of the press hall today calling the Pope and the Summit out.

Michael also expresses solidarity with sexual abuse survivors who, not unlike survivors of spiritual abuse, have been intimidated over the years, bullied, and harassed by the same abusive shepherds.  By the way, why is Cardinal Cupich playing a leading role here at the Summit on Abuse when he recently awarded Uncle Ted McCarrick the "Spirit of Francis Award"? And, finally, what's the point of all this?  Both the crisis and the Vatican response, Michael argues, indicated why the Traditional Catholic counterrevolution was right all along.

More in this category: « CHRIST or DEATH: The Choice of 1914 Remnant TV Covers Pink Elephant in Rome »