Remnant TV offers a full range of cutting-edge commentary and events coverage. Having established itself with daily video updates from Rome, especially at the last conclave, we now produce weekly talks shows, such as The Remnant Underground and The Remnant Forum, with regular guests including Christopher Ferrara, Brian McCall, John Rao and other Catholic commentators.  Please help us promote The Remnant and extend the Catholic influence on the Internet by sharing our videos with your friends.

Following an officer involved shooting in Charlotte, North Carolina yesterday a mob of angry protestors began attacking police officers and vehicles in the middle of a freeway.

So how's that New World Order working out so far?   So, do you feel safe...ANYWHERE? What's going on? How did it all get so completely out of control? Is this really about racism, or is it orchestrated social engineering designed to usher in the police state on the backs of pre-planned race riots?

Michael J. Matt is back down in the Remnant Underground.

Live Blacks Matter Too: Who's Behind America's Race War?

Sunday Sermons: Father speaks about Modernism's impact on the Church. Beginning with St. Pius X's war against the "rats and rodents" infesting the Church, he concludes with a few words on Mother Teresa and how Modernism impacted even this holy and courageous woman. 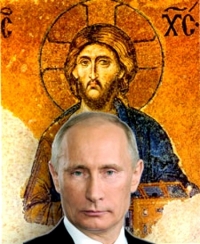 Lots of recent pro-Christian statements and actions of Vladimir Putin are giving good people pause. Is it all just politics? And even if it is, what does it mean? Why is he doing it? And what does it portend for the future of Europe?

Why is Russia sounding more Christian all the time while America is becoming increasingly Christophobic? What if Putin actually means what he says? What impact will his Christian words have on his people, and what impact will the Obama/Clinton Christophobia have on ours?

Perhaps only time will tell...

Putin vs. Obama: Who Occupies the High Ground?

SUNDAY SERMONS: On Patriotism, Conversion and a Fallen Nation

The Church of Accompaniment: Luther vs. Lefebvre