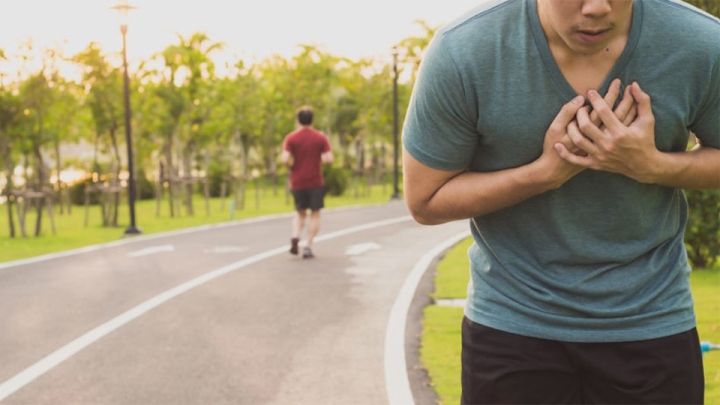 Editor’s Question: Does anyone know why it would be that, over the course of the past two years, 1,653 U.S. athletes have reportedly suffered cardiac emergencies, with 1,148 of them passing away? In a typical year, only 5 to 10 athletes succumb to heart issues. I suspect climate change is to blame for this, of course, but it'd be nice to know for sure. Pope Francis would probably say it's because of a terrible lack of equity and inclusion. MJM

Alex Berenson | Researchers in Taiwan have added to the increasingly negative picture of the impact the mRNA Covid vaccines have on the hearts of young men.

The researchers conducted electrocardiograms (ECGs), which measure the heart rhythm, on 4,928 high schoolers in Taipei City, the capital of Taiwan, before and after their second Pfizer shot. Over 90 percent of the students were male.

They found 51 students had significant changes in their ECGs after the second Pfizer jab. One of those was diagnosed with myocarditis, and four more had “significant” heart rhythm disturbances. Those included a student with premature ventricular contractions, which can raise the risk of sudden cardiac death.

The scientists published their findings last week in the peer-reviewed European Journal of Pediatrics.

The researchers also reported that almost one in five of the students reported chest pain, heart palpitations or other problems after their second jab. The rate was far higher after the second shot than the first, suggesting that the vaccine itself - not anxiety around it - caused the problems.

This article appears in full on Substack, read it here.

[Comment Guidelines - Click to view]
The Remnant values the comments and input of our visitors. It’s no secret, however, that trolls exist, and trolls can do a lot of damage to a brand. Therefore, our comments are heavily monitored 24/7 by Remnant moderators around the country.  They have been instructed to remove demeaning, hostile, needlessly combative, racist, Christophobic comments, and streams not related to the storyline. Multiple comments from one person under a story are also discouraged. Capitalized sentences or comments will be removed (Internet shouting).
The Remnant comments sections are not designed for frequent personal blogging, on-going debates or theological or other disputes between commenters. Please understand that we pay our writers to defend The Remnant’s editorial positions. We thus acknowledge no moral obligation whatsoever to allow anyone and everyone to try to undermine our editorial policy and create a general nuisance on our website.  Therefore, Remnant moderators reserve the right to edit or remove comments, and comments do not necessarily represent the views of The Remnant.
back to top
Tweet
More in this category: « Cardinal George Pell, RIP BIG WIN: Vaccine mandate for NY healthcare workers now “null & void" »