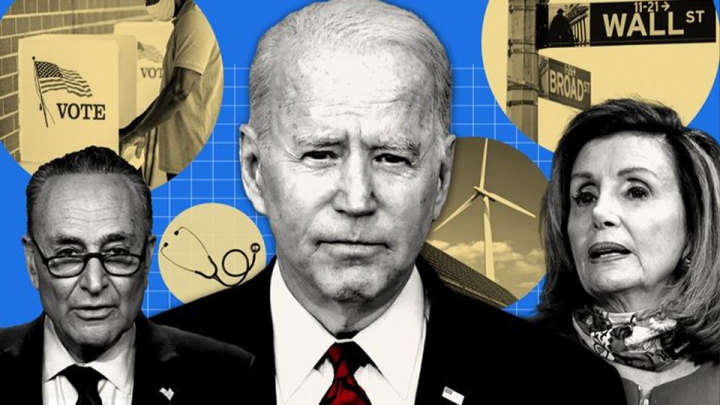 Historically, the party that has the presidency loses seats in the following midterm election. Back in 2010, it was a shellacking for Democrats losing 63 seats in the House, and six in the Senate.  Only a third of Senate seats are up every two years with 21 Republican and 14 Democrat seats up this year.

Democrat Senate candidate John Fetterman’s health is more impaired than his far-left politics. The Oz-Fetterman debate underscored the consequences of early voting and why Fetterman’s campaign waited so long and only agreed to one. Fetterman tripped over his words despite using a closed-captioned monitor. He opened saying “Good night, everybody.” Then went on a painful and funky diatribe about fracking declaring: “I do support fracking, and I don’t, I don’t. I support fracking and I stand, and I do support fracking.’’ America would be better off if we ate our vegetables rather than nominate them for office.  In a sane world, Fetterman would not even be on the ballot in what is perhaps the most consequential Senate election.

Fetterman’s election could keep Chuck Schumer as the Senate majority leader and he is merely a pawn to that end.

Democrats believe the retiring Republican Sen. Pat Toomey is their best chance to pick up a seat in the 50-50 chamber. Fetterman’s election could keep Chuck Schumer as the Senate majority leader and he is merely a pawn to that end.

Mail-in voting expanded in Pennsylvania during 2019 and according to the Associated Press, over 685,000 ballots have been cast – four times more than in 2018. Like Biden, Fetterman is the Democrats’ Manchurian candidate.

Historically, the governor’s seat in Harrisburg is the opposite of the party in the White House. Republican candidate for governor, Doug Mastriano, a retired Army colonel, favors school choice and believes children should not be exposed to drag queens, or instructed about abortions, transgenderism, and homosexuality.

Pennsylvania spends $20,000 a year per child on public education almost $4,000 more than the national average. A mother of two has the state on the hook for $520,000 from K-12. With this money, her children would be better educated at a religious, private or charter school with plenty to spare. Provided parents protest the curriculum, they are vilified as domestic terrorists. Yet, harassing and intimidating at the homes of Supreme Court justices are applauded.

With Kurt Masser retiring, the seat for Pennsylvania’s 107th House District is open. Democrat Ryan Mock planned on a write-in campaign until Ron Tanney, who lost the Republican primary to Joanne Stehr but won the Democrat primary via the write-in vote, turned down their nomination.  Provided Tanney desires a political future, it was the right move.  It is now Mock who finds his name atop of the Democrat ticket. Stehr, a longtime Republican, has all the conservative bona fides the district has come to expect. The 58-year-old retired nurse is no career politician, who favors term limits – an appealing combination. Meanwhile, Mock has taken on the role as the Democrat’s Johnny Bravo candidate.

The Democrats are a blazing train wreck with record inflation, gas, and food prices, increasing crime, crumbling education, broken borders, handcuffed domestic energy production, abortion on demand, transgender drugs and surgeries for children and the most incompetent duo running the executive branch in American history. Democrats are draining the nation’s Strategic Petroleum Reserves for partisan political gain that puts our nation further at risk as our military atrophies, while most retirement investment portfolios have declined by one-third.

Biden’s economic policies hurt the people they claim to help. Biden’s “Inflation Reduction Act” will have the same effect on inflation that the “Affordable Healthcare Act” had on healthcare.

Is America so far gone that the Democrat agenda is a winning one?

If Democrats prevail, we will have passed the tipping point to one party rule.

The midterms afford voters a great opportunity to reverse this tyranny from destroying our constitutional republic.

Races are tighter than they should be.  In fact, the election should be nothing short of a landslide.

If Democrats prevail, we will have passed the tipping point to one party rule.

Provided this column doesn’t convince, fill your gas tank on your way to the polls as a reminder.

[Comment Guidelines - Click to view]
The Remnant values the comments and input of our visitors. It’s no secret, however, that trolls exist, and trolls can do a lot of damage to a brand. Therefore, our comments are heavily monitored 24/7 by Remnant moderators around the country.  They have been instructed to remove demeaning, hostile, needlessly combative, racist, Christophobic comments, and streams not related to the storyline. Multiple comments from one person under a story are also discouraged. Capitalized sentences or comments will be removed (Internet shouting).
The Remnant comments sections are not designed for frequent personal blogging, on-going debates or theological or other disputes between commenters. Please understand that we pay our writers to defend The Remnant’s editorial positions. We thus acknowledge no moral obligation whatsoever to allow anyone and everyone to try to undermine our editorial policy and create a general nuisance on our website.  Therefore, Remnant moderators reserve the right to edit or remove comments, and comments do not necessarily represent the views of The Remnant.
back to top
Last modified on Monday, November 7, 2022
Tweet