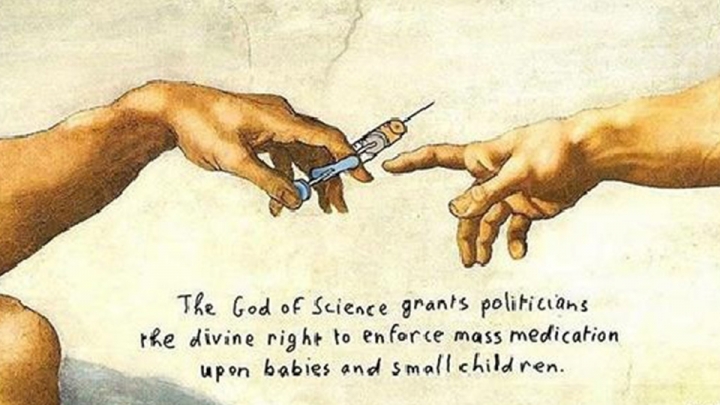 “Who would determine the percentage of disposable citizens? It is indisputable. Otherwise, it results in Nazism.”

Sicily’s Court of Administrative Justice has ruled that Italy’s mandatory Covid vaccination obligation is unconstitutional. The court stated that the experimental mRNA treatments intended to protect the public from Covid have been shown to cause “serious or fatal adverse effects.” The court explains that even if such fatalities are rare, a single death is enough to render the mandate unconstitutional.

The Sicilian ruling passes the decision to the Constitutional Court, which will now have to rule on the issue. Watch the following video report by Italian lawyer Marco Mori on the groundbreaking ruling:

I have good, excellent news.

Let’s wait for more people to connect, and we are ready to start.

All right, this is a very important ruling.

It is the ruling made by the Court of Administrative Justice of Sicily.

The Court has forwarded the case to the Constitutional Court, concerning the unconstitutionality of mandatory vaccination imposed, in this specific case, on the medical staff.

But the explanatory statements affect mandatory vaccination in its entirety.

According to the Court of Administrative Justice of Sicily, mandatory vaccination is unconstitutional.

This 53-page ruling will surely put pressure on the Constitutional Court.

The latter will not be able to preserve the mandatory vaccination and the Government’s stances, unless it makes a politicized ruling.

They already acted upon it, nominating Giuliano Amato, a politician, as president of the Constitutional Court. Frankly, they couldn’t have provided better explanatory statements.

A very interesting part is the data from Eudravigilance, which is the pharmacovigilance database of the European Union.

Whose data are really shocking.

The ruling says: “The data which have been collected by the European database reveal that by the end of January 2022, 570 million Pfizer doses had been administered within the EU, so far.

“Most of the aforementioned side effects are undoubtedly mild.

But among those effects, there are also serious pathologies which in some cases are likely to compromise the vaccinated patient’s health irreversibly,” and that is exactly the point.

Causing disability, or in the most unfortunate cases, death.

So therefore it is doubtful whether such medical products, whose data about the adverse reactions are being collected, fulfill the aforementioned constitutional requirement.”

And then they wrote nine spectacular lines.

And I wonder what Giuliano Amato will write about those lines.

Since he is a politicized person, and in line with the Government’s stance.

“It is true that the cases of serious adverse effects turn out to be a small portion.”

Please, listen to this: “nevertheless, the criterion set by the Constitutional Court,”

“The criterion set by the Constitutional Court for compulsory medical treatments to be enforced is not likely to include a quantitative evaluation.

So the lawfulness of a mandatory vaccination is to be excluded, if it uses products whose effects on the vaccinated patients’ health exceed the threshold of normal tolerability.

Which cannot include the risk of serious or fatal adverse effects, even if these are small portion in relation to the vaccinated population.”

So, even if they are few, one fatal effect suffices to make this inadmissible.

“And even in the case we accept the risk of — albeit rare — fatal adverse effects, this criterion would have sensitive ethical implications.”

For instance, who would determine the percentage of disposable citizens?

It is indisputable. Otherwise it results in Nazism.

It is indisputable. If the Constitutional Court rules against this judgment, it means its members are servants of politics.

They are politicians, not jurists. A jurist cannot but reach the same conclusion as this ruling.

If the members of the court rule differently, it means they are not ignorant, of course, but surely someone extremely biased and politicized.

Someone to dismiss faster than the speed of light.

So we should challenge them on this matter, and on the duty to state grounds.

[Comment Guidelines - Click to view]
The Remnant values the comments and input of our visitors. It’s no secret, however, that trolls exist, and trolls can do a lot of damage to a brand. Therefore, our comments are heavily monitored 24/7 by Remnant moderators around the country.  They have been instructed to remove demeaning, hostile, needlessly combative, racist, Christophobic comments, and streams not related to the storyline. Multiple comments from one person under a story are also discouraged. Capitalized sentences or comments will be removed (Internet shouting).
The Remnant comments sections are not designed for frequent personal blogging, on-going debates or theological or other disputes between commenters. Please understand that we pay our writers to defend The Remnant’s editorial positions. We thus acknowledge no moral obligation whatsoever to allow anyone and everyone to try to undermine our editorial policy and create a general nuisance on our website.  Therefore, Remnant moderators reserve the right to edit or remove comments, and comments do not necessarily represent the views of The Remnant.
back to top
Last modified on Tuesday, May 10, 2022
Tweet
More in this category: « CDC Tracked Millions of Phones During COVID Lockdown to Monitor Your Compliance VIGANÒ’S DECLARATION on the arrest of His Eminence Cardinal Joseph Zen »