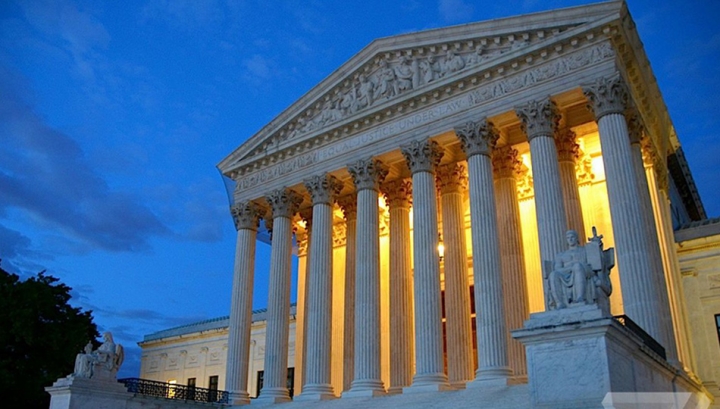 Governor From Dictating Which Religious Beliefs Are Allowed

Nevertheless, an ungrateful state government, which permits secular exemptions from the vaccine mandate, disallows any consideration for religious accommodations.  These healthcare workers share sincerely held religious beliefs that prevent them from obtaining the presently available COVID-19 vaccines.  Many have recovered from COVID-19 and have antibodies to the illness.  All have faced persecution and scorn for their religious beliefs on this issue.

Erin Mersino, TMLC’s Chief of Supreme Court and Appellate Practice authored the brief.  She highlighted the precarious position of New York’s Governor Hochul—who instructed New Yorkers that “God wants” everyone to use these vaccines, and that individuals who have decided not to undergo COVID-19 vaccination “aren't listening to God and what God wants.”  Governor Hochul published these statements on New York’s official state website.  (https://www.governor.ny.gov/news/rush-transcript-governor-hochul-attends-service-christian-cultural-center).

Since the Governor claims to be the authority on what God wants, she removed all religious accommodations from the vaccine mandate.  However, many individuals sincerely hold religious beliefs that prohibit them from using the three COVID-19 vaccines on the market today and call for alternatives that have no connection to aborted fetal cell lines.  The Governor failed to consider the spectrum of diverse religious views allowed under the Free Exercise Clause of the First Amendment.  The brief explains that such an exercise of authority from the State endangers the principle of pluralism upon which our nation is built and ignores our constitutionally protected autonomy to make such religious determinations for ourselves.  TMLC explains in the brief that “The mandate is premised on the false presupposition that the Governor can use the powers of the State to answer theological questions pertaining to religious conscience.”

TMLC also highlights the unequal and punitive nature of New York’s mandate.  New York decided to exempt individuals from its vaccine mandate for secular purposes, but intentionally left off an exemption for a religious purpose.  TMLC contends this double standard violates the Constitution.  Lastly, the brief addresses New York’s decision to withhold unemployment benefits to healthcare workers who lose their jobs due to their religious opposition with New York’s mandate.  This additional punishment adds insult to injury.

In the brief, TMLC remarks, “The severity with which New York’s vaccine mandate treats religious objectors is so extreme that it almost seems implausible.  The undisputed record, however, presents statement after statement from [New York’s Governor] establishing that no cause for such denial exists—it really is as bad as it seems.”

TMLC’s Amicus Curiae brief,  which urges the U.S. Supreme Court to accept the case at the earliest possible time to protect the religious freedom of New York’s healthcare workers and to prevent other states from enacting similar mandates, can be found here.

The Thomas More Law Center defends and promotes America’s Judeo-Christian heritage and moral values.  It supports a strong national defense and an independent and sovereign United States of America. The Law Center accomplishes its mission through litigation, education, and related activities. It does not charge for its services. The Law Center is supported by contributions from individuals, corporations, and foundations, and is recognized by the IRS as a section 501(c)(3) organization. You may reach the Thomas More Law Center at (734) 827-2001 or visit our website at www.thomasmore.org.

[Comment Guidelines - Click to view]
The Remnant values the comments and input of our visitors. It’s no secret, however, that trolls exist, and trolls can do a lot of damage to a brand. Therefore, our comments are heavily monitored 24/7 by Remnant moderators around the country.  They have been instructed to remove demeaning, hostile, needlessly combative, racist, Christophobic comments, and streams not related to the storyline. Multiple comments from one person under a story are also discouraged. Capitalized sentences or comments will be removed (Internet shouting).
The Remnant comments sections are not designed for frequent personal blogging, on-going debates or theological or other disputes between commenters. Please understand that we pay our writers to defend The Remnant’s editorial positions. We thus acknowledge no moral obligation whatsoever to allow anyone and everyone to try to undermine our editorial policy and create a general nuisance on our website.  Therefore, Remnant moderators reserve the right to edit or remove comments, and comments do not necessarily represent the views of The Remnant.
back to top
Last modified on Thursday, March 31, 2022
Tweet
More in this category: « Meet Gorgias Wiggle FIFTEEN “Fully Vaccinated” Tennis Players Unable to Finish Miami Open »